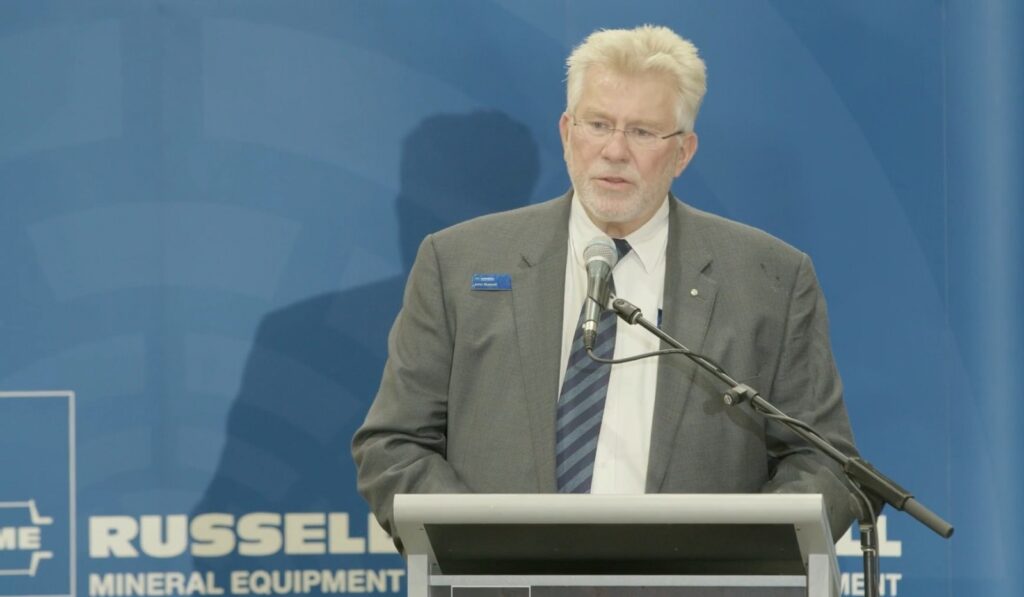 Start-up founders often like to think they can change the world and of course few do. John Russell has.

The Toowoomba-based company started more than 30 years ago by Russell has built an international reputation for machines designed to protect people undertaking one of the most arduous jobs on a mine site and also get the huge mills grinding rocks at many of the world’s biggest mines turning again as quickly as possible after vital stoppages occur.

Mechanisation of the traditionally manual mill relining task has prevented countless injuries and fatalities at sites in more than 60 countries.

Turning grinding mills on again faster after internal replacement of worn liners means plants using RME equipment have achieved an average 1-3% higher annual throughput, the supplier has estimated. Put another way, with the population of relining machines it has now sold, that’s five large mines that have not been built to meet today’s global metal demand.

Russell had his “lightbulb moment” for a mill relining machine when he was supervising copper concentrator maintenance at Mount Isa, in Queensland, Australia, in the 1980s. He moved to Toowoomba, west of Brisbane, in the mid-1980s and the company he created, Russell Mineral Equipment, sold its first relining unit in 1990. Russell says it was a much bigger unit, supplied to Western Mining Corporation’s Leinster nickel operation in Western Australia in 1992, that really set the tone for RME’s future. That machine is finally being replaced this year, three decades later, as RME supplies its 500th relining unit to a gold mine south of Leinster and not far from the nickel plant.

Peter Rubie, RME’s chief engineer between 1990 and 2020, says large grinding mills became the “weapon of choice” in comminution plants in the 1990s. Their Achilles heal was the relining requirement: “Every time they stopped to be relined the whole revenue stream of the mine stopped,” Rubie says.

He says RME relining machines got bigger roughly every two years for nearly 20 years in line with the evolution of mill sizes around the world. The state-of-the-art, bespoke unit on its way to service Northern Star Resources’ 36ft-diameter Thunderbox SAG mill in WA has a six-tonne capacity. Northern Star is doubling plant throughput from three million tonnes per annum to 6Mtpa.

These days RME can manufacture one of its signature machines in just seven days. 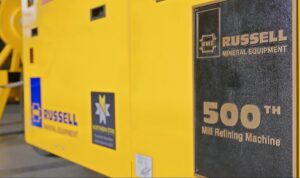 It has an automated mill relining machine being commissioned in Indonesia.

Rubie said having “half a thousand” units in the field being serviced on a regular basis meant the company’s aftermarket business had drawn level with its capital equipment sales for the first time in RME’s history, and was on course to continue growing strongly.

At a ceremony at RME’s Toowoomba factory to celebrate the 500th machine, with a large contingent of the company’s 450-plus employees on hand, local politician Garth Hamilton, a former mining engineer and now the Federal member for Groom, said RME was a “fantastic Australian and Toowoomba success story”.

Hamilton suggested RME’s story was emblematic of the wider improvement in safety levels at Australian mines in the past three decades, and of the capacity small, local manufacturers had to become world leaders in niche markets through sustained product and business improvement.

“This is how we get there,” he said. “Not in one giant leap to model 500, but through 499 steps of improvement; the little incremental improvements in safety.

“How do we become more efficient (and) meet the challenges today’s markets ask of us? By making those small steps.

“These improvements are so important for Australia’s [economic] story.”

John Russell says his business has taken him around the world. He may not have been joking when he said he’d kissed the tarmac at Toowoomba’s international airport. “Thirty-seven years in Toowoomba and I’ve loved every minute. I love this town,” he said. RME contributes an estimated 1% of regional GDP.

Small steps. Russell says he’s enjoyed the journey. He indicated some things were difficult to conceive in the beginning.

“I did a quick and dirty calculation this morning and if you put them end to end it’s something like 6km of mill relining machines,” he said.

“Which is almost impossible to imagine.”