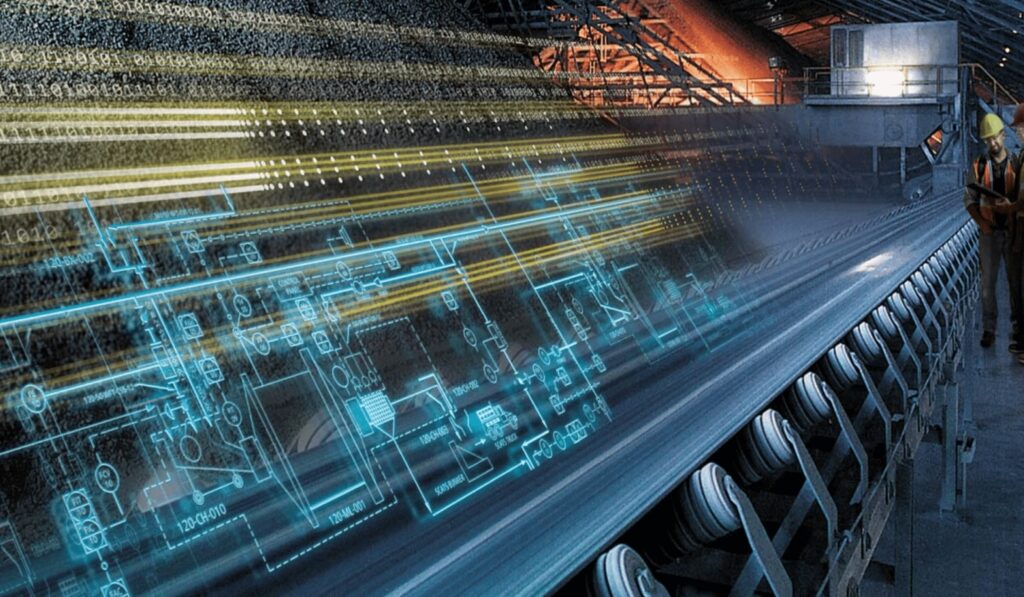 The global technology mergers and acquisitions boom has at least another year to run, according to the CEO of leading US advisory firm, Corum Group. “Collectively, buyers have over US$5 trillion in dry powder and need to buy to survive,” Bruce Milne said on the company’s annual tech M&A webcast.

“2022 promises to eclipse the pace of last year, which saw records set for tech M&A deal volume and valuations.

“The growth drivers will be a [US] stockmarket that has been climbing a wall of worry to new heights, fuelled by low interest rates, and a record number of global buyers including newly minted public companies, SPACs [special-purpose acquisition companies], a plethora of new private equity funds, and family funds that want in on the action.”

Milne conceded the market might be overdue for correction: “We’re 12 years into a seven-year bull cycle, with inflation hitting modern day highs and the stockmarket swinging wildly.”

“We don’t see any signs of slowdown for the coming year.

“One of the reasons for that is the sheer amount of disruption that we’re seeing in the world today.”

Goddard said for the first time in years AI enablement did not head Corum’s annual list of 10 top disruptive trends (below).

“That’s not because artificial intelligence is any less important, but like cloud, SaaS [and] mobile before it, it’s graduated from a trend to just being part of reality,” he said.

“Key applications of AI, machine learning, neural networks and so forth are still vital to many of these [top 10] trends.”

The 10 trends include six “foundational” and four “functional” trends: “Our foundational trends are those that are changing things at a very basic level, while functional is how disruption is playing out in specific markets and technologies. We’ve always divided our trends evenly, but after the year that we’ve all had it’s clear that these foundational disruptions happening globally are taking the lion’s share of the attention. That’s one of the things, again, driving the record pace of tech M&A,” Goddard said. 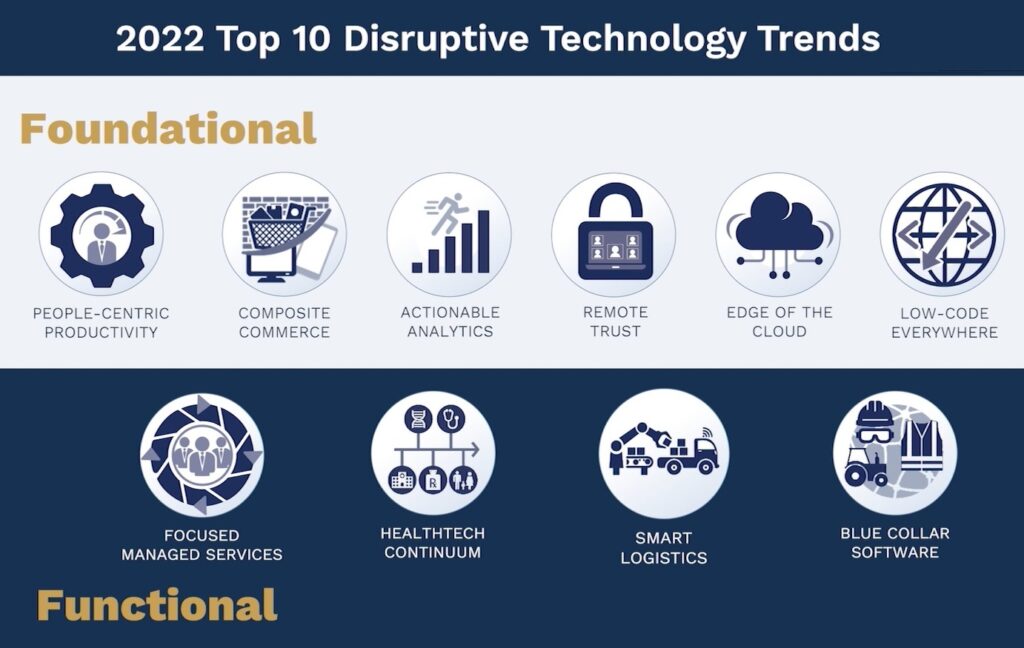 He said the top 2022 trend, people-centric productivity, showed the dubious value of some predictions.

“Remember just a few years ago when tech and AI were going to devalue the worker and put everyone out of a job? Well, it didn’t exactly work out that way. I’m not sure I’ve ever seen a prediction go so thoroughly in the opposite direction,” Goddard said.

“Instead we see the individual worker more valuable than ever; wielding AI and tech to become more productive than ever. The employment market has fundamentally changed, and we don’t know for how long, but it is driving new demand for tools that enable companies to attract, retain and empower employees at every level.

Peter Coffee, senior VP strategic research at California cloud-based software major Salesforce, said the trend he saw having a “hockey stick moment” was one that touched on at least four of the top 10 Corum trends.

“It’s part of what’s happening in productivity, commerce, health tech and blue collar software, and it sent up a flare on Christmas day when the number one download from Apple’s app-store was the app that’s used to manage an Oculus VR headset. I had my own workplace encounter with VR early in 2021 in a VR environment that turned out to be a much more natural experience than I expected,” Coffee said.

“And what needs to happen next is the convergence of many separate VR worlds into an inter-operable meta-verse in the same way that the early online walled gardens like CompuServe-AOL coalesced into a global web-based on open standards. At that point we’ll have a meta-verse that may quickly become as much an expected place of presence as having a website suddenly became between 1992 and 1994.

“Asking now what new value can we create if VR and AR become as common as having a web browser became in the 1990s will be the way to lead that change.” 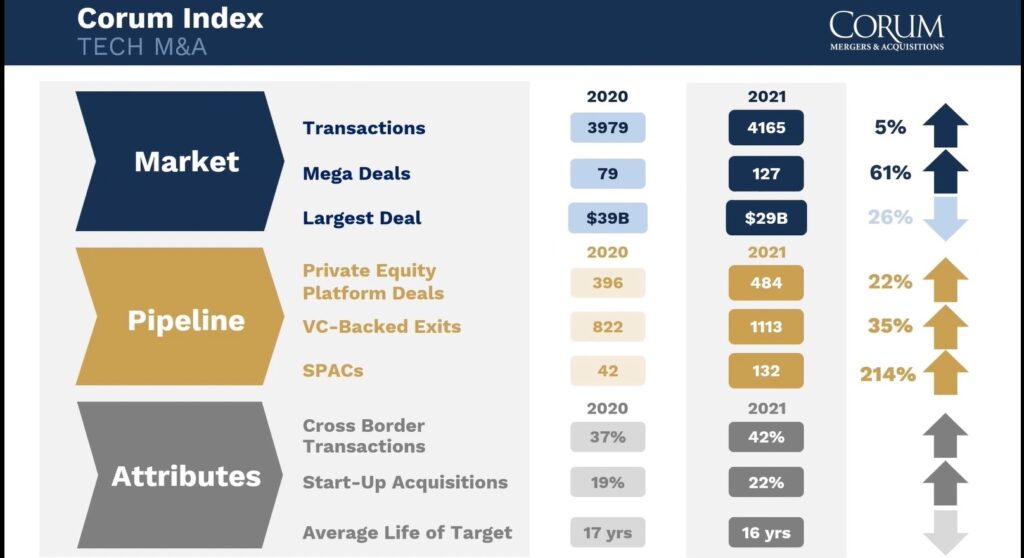 SAP senior VP and head of strategy, Utkarsh Bahadur, said for him, the need for and importance of cybersecurity was “more critical than it has been ever before” and the growth of open-source software was another key trend.

Bahadur said the market spotlight on smart supply chain and logistics developments had intensified, “especially coming out of the last two years when we have seen an immense amount of growth in e-commerce”.

“What has been exposed is the inability of our supply chain to be able to cater for all the crunches we’ve seen, whether in regards to logistics, [the] semi-conductor crunch, shipping, etc.

“This is a very fundamental need coming out of the last two years, and there are fundamental challenges around supply chain which need to be fixed.”

Coffee said the trend also highlighted the risks for many businesses in “over-optimising”, or minimising, logistics and inventory management costs “without adequate investment in resilience”.

“And that word includes, in my mind, both better knowledge of what’s happening and better tools for adapting when things happen differently than planned,” he said.

“IT has spent decades getting good at planned … and measurements and reports. There is now a huge opportunity in using sensors and satellite communications and a thorough understanding of 5G technologies to grow edge-of-the-network awareness, and enable smarter actions sooner.”

IT giant Accenture was a clear leader on Corum’s strategic acquirers list with its 58 transactions in 2021, ahead of Sweden’s Embracer Group (26 deals). Corum said the table welcomed back tech giants such as IBM and Siemens, “along with a number of new faces such as AFRY and Bentley”. The latter, which tripled its deal flow year-on-year, forked out more than US$1 billion for New Zealand geoscience software developer, Seequent.

London-based international law firm Allen & Overy said this week technology M&A was the “overriding driving force” in a buoyant international deal market in 2021, accounting for about 20% of the record $5 trillion of transactions completed by value and 22% by volume.

“Software deals accounted for almost half of all the technology sector’s deals by value, seeing an increase of 121% compared to 2020. Transactions focusing on key pieces of digital infrastructure, particularly telecom towers, data centres and fibre networks, continue to boom.

“Whether the boom in technology M&A will be sustained remains open to question. A number of potential hurdles could slow the extraordinary growth we are currently seeing, not least the soaring valuations that technology companies are achieving.

“Regulation could also chill the market, particularly as tighter foreign direct investment controls and national security screening in a growing number of jurisdictions are disproportionately focused on technology assets.

“Continuing trade tensions between the US and China, so often focused around key technologies like 5G and semi-conductors, continue to unsettle the market to some extent.

“But the underlying fundamentals of the market, including continuing ready access to financing at affordable rates and the growing appetite for technology across the economy and society, remain very strong.

“It may take a major shake-up of the global economy to end this period of explosive growth.”