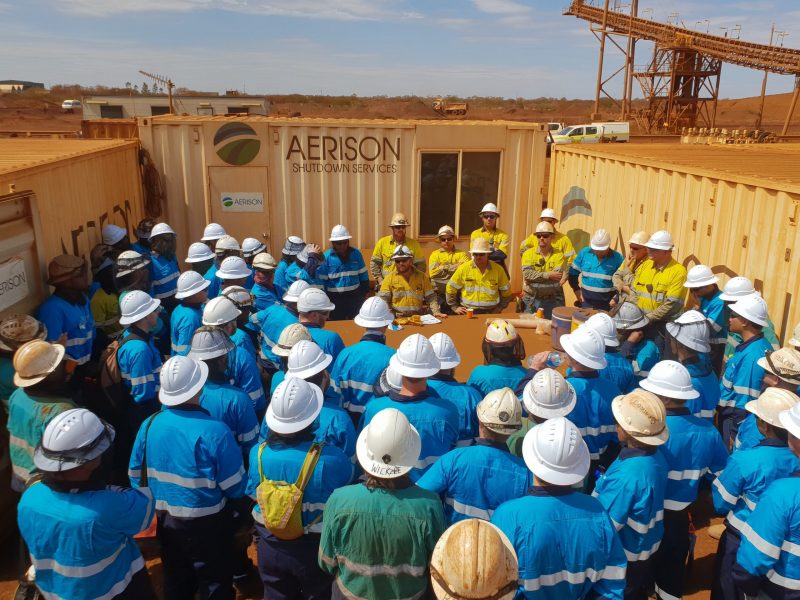 Aerison Group’s progression through the ranks of Australia’s smaller resources and infrastructure engineering companies is set to change gears after the company secured all of this year’s A$180 million of forecast revenue and left the door open to a circa-20% uplift. It reported EBITDA of $12.5m (plus-19.6% year-on-year) on $134.9m revenue (plus-34% yoy) for FY21.

The engineering services company listed on the ASX last July and like a few other companies growing on the back of surging front-end investment in Australia’s mining and energy sectors has been losing market value while it’s been winning new work.

Aerison says its order book has expanded by one-third to $402m since its listing – 2.2-times its 2022 revenue guidance – including about $216m to be delivered in 2023. The company sees potential to generate up to $300m of revenue next year.

Giuseppe Leone, who became CEO in that year, said the FY21 result was “largely underpinned by new contract wins and consistent margins despite a challenging environment”.

“We continue to deliver to our blue-chip clients safely, on time and on budget.

“Looking forward, the outlook for the Australian iron ore industry is strong, with significant levels of sustaining capital and operating expenditure to maintain high levels of production driving strong demand. Similarly, maintenance is expected to grow steadily on the back of aging assets and customers deferring discretionary works in prior periods.

Its shares are down about 10% year-to-date to 18c, capitalising the company at circa-$74m.