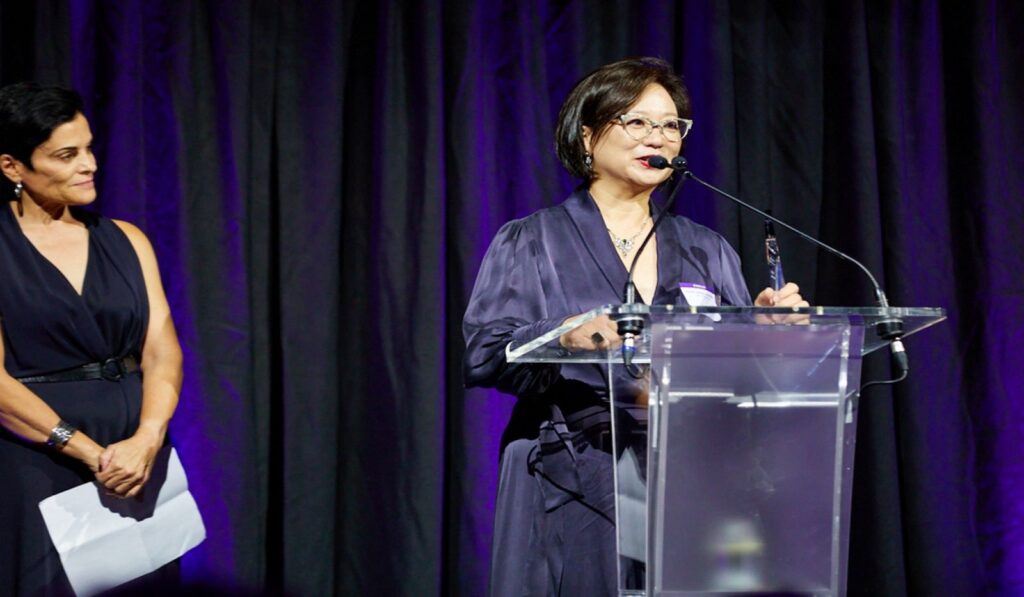 The head of the University of Western Australia’s Data Institute and recipient of the AI in Mining award at last week’s 2022 Australia/New Zealand Women in AI awards sees “a very exciting future” for machine learning and artificial intelligence in geoscience despite current challenges.

“Achieving research impact on industry practice has been an important motivation and focus throughout my academic career,” Holden says.

Women in AI is a global non-profit organisation originally formed in Paris, France, in 2016. It aims to boost women’s involvement in the fast-growing AI industry.

Holden started her undergraduate degree in computer science at UWA in 1985, and after finishing her Masters and PhD in the same area she moved over to geoscience in 2006 and has had research connections with industry for the past 14 years. She became the inaugural director of UWA’s Institute of Data in 2021.

“Seeing the impact through other people using our tools has been a motivation and a highlight for me,” Holden told InvestMETS. “But internally, our team members have been together for a long period of time and we have developed a really amazing, great culture in our team and that’s why we are highly productive.

“I am working on data science applied to geoscience, so if the solution from my system is not a geologically feasible solution the end-user loses confidence in that solution … so we clearly have to make sure we deliver trustworthy solutions. I think that’s the success I have had so far because my research team is highly skilled in data science but also we learn how the end-user geologists use data and domain-specific analytical methods. We get to use our domain knowledge with our data science solution and that is where we drive trustworthy solutions.”

Holden said it was an exciting time in the mining industry as AI gained acceptance by geoscientists and other professionals. She said there had been “some successes but also some challenges”.

“I guess I work specifically in a domain that is data-rich, but [it is] an information-poor, environment, or a low-resource environment, where we have a lot of data but the ground truth to actually train our models is actually quite scarce,” she said. “It’s limited and the quality is not certain, which means that there is a challenge of adopting ML and AI into our space. At the same time there is lots going on, people are more interested and having a go and some are making success, so it’s a very exciting future.”

Holden said there were not a lot of girls in computer science when she was studying. She believed the number of women studying geoscience was still low, and while participation was increasing, more encouragement was needed at the high school level to get girls interested in STEM subjects.

“STEM in general gives you a wider path of career options … for AI and computer science, in general, and geoscience, and any of these data science fields,” Holden said. “Students need to have a good background not only in AI but generally understand maths and physics combined with programming.

“It’s an important message that industry needs to give about the encouragement of STEM subjects for school students. It’s not only because of engineering and science work, but I think it gives a good foundation for life.

“Being able to critically think and problem solve, and have more logical and rational thinking.”