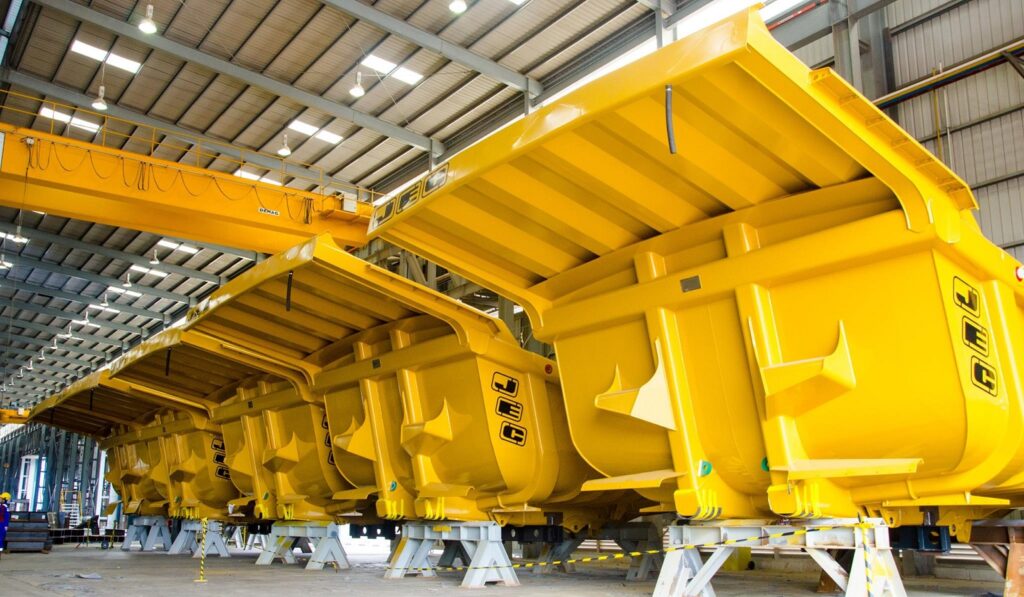 ASX-listed Austin Engineering has confirmed its “rebuilding year” is on track to deliver significantly higher FY22 earnings and a more robust order book heading into FY23.

The company, which has seen its share price nearly double since July last year when new CEO David Singleton came on board, has reaffirmed earlier guidance for FY22 (ending June 30, 2022) net profit of more than A$18 million, compared with $3.3m in FY21, and EBITDA up circa-2.4-times to about $30m. Revenue is set to exceed the FY21 total of about $200m.

Austin said its current order book was nearly $50m up on the same time in FY21.

“Austin has seen increased product interest across its operations in Australia, Indonesia, North America and South America and as a result its manufacturing facilities are now operating at high utilisation levels,” the company said.

Singleton’s Austin 2.0 strategy aimed at “improving business competitiveness whilst also investing in new product innovation to align with customer requirements and demand” started with cuts to business overheads. The came “advanced manufacturing” adjustments at its Australian and Indonesian facilities, with the latter “a well-resourced and lower-cost operation and an increasingly important production facility in Austin’s supply chain”. Investment in innovation and technology produced an upgraded Ultima truck tray designed for Australia’s eastern states market, and a new JEC high-performance bucket range.

“Austin has sold more than 60 truck trays to the eastern states markets since the Ultima update was completed with a significant further quantity now being bid with several customers,” the company said. “In addition, the business has seen a big upturn in sales of mining buckets already at four times the sales levels compared to FY21.”

Austin said there had been a “fourfold increase in mining bucket sales” so far in FY22 compared with full year FY21.

“It has been a rebuilding year for Austin and we are very pleased to have made highly significant and lasting gains across the business both financially and structurally,” Singleton said.

“We have had a strong second half and the order flow sets up a good base and outlook for full year 2023.”

Business improvements have helped offset the effects of personnel shortages, delivery delays and increased material costs in COVID-restricted Western Australia which along with Asia is Austin’s biggest profit contributor. It moved its headquarters from Brisbane, Queensland to Perth, WA, to be closer to major customers. Mining industry veteran Singleton took over as CEO after the resignation of Peter Forsyth. Another respected industry figure, Jim Walker, remains chairman.

Austin says it aims to “to be a technology-led global leader in mining product manufacture”.

Austin’s share price edged up 2% today, capitalising the company at more than A$145m.