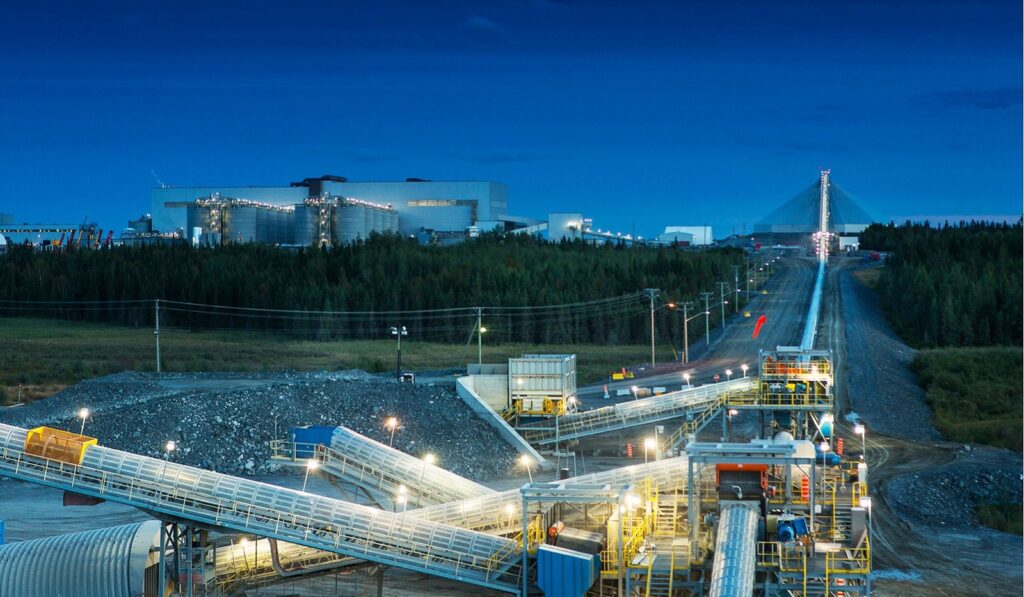 Swedish equipment manufacturer Epiroc has won a second US$10 million-plus order from 50-50 owners Agnico Eagle Mines and Yamana Gold for the US$1.15 billion Odyssey underground gold project near Malartic in Quebec, Canada. The new mine is spending circa-$170m on underground equipment and systems that are now likely to be partly electric after the owners did their “base case analysis” on diesel machines.

They signed off on a NI 43-101 technical report on the underground development last March.

The Odyssey decline and shaft underground mine adjacent to the 11-year-old openpit operation at Canadian Malartic is projected to produce 500,000-600,000oz (average c545,400oz) at US$630 an ounce average total cash cost between 2029 and 2039. Initial production off a decline into the Odyssey South area is expected to start late next year. Sinking of the US$490m, 6.4m-diameter, 1.8km-deep production shaft, which will have 20,000 tonnes a day of hoisting capacity, is scheduled to begin at the end of this year.

Four different mining zones at Odyssey are expected to produce a combined 19,000tpd of ore by 2031.

Epiroc said the new order included “some … battery-powered machines, and automation solutions” such as battery-electric development, bolting and production drills. The use of its truck and loader automation, and traffic management technology, could “virtually [eliminate] the risk of collisions”, while the manufacturer’s Certiq telematics system would enable “intelligent monitoring of machine performance and productivity in real time”.

“The Canadian Malartic Partnership is taking a massive next step with the new underground mine where our battery-electric and other advanced machines with state-of-the-art automation and traffic management solutions will help optimize safety and productivity,” Epiroc CEO Helena Hedblom said.

Odyssey’s mine plan is based on indicated and inferred resources totalling 82 million tonnes at an average grade of 2.76 grams per tonne for a total of 7.3 million ounces of contained gold, with the deeper East Gouldie zone accounting for more than 72% of the estimated contained gold. The historical Malartic mining camp has produced about 13.7Moz at an average 1.7gpt.

Odyssey will use mainly transverse, long-hole stoping to mine primary and secondary stopes, and paste backfill to fill voids.

Non-shaft underground development and construction work is forecast to cost about US$518m.