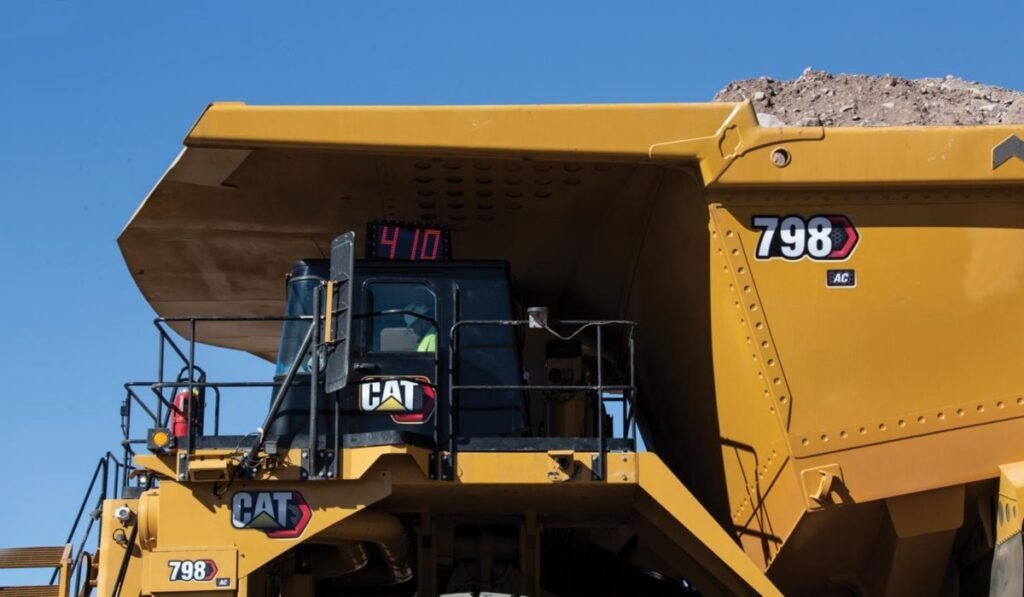 Owners of the world’s biggest copper mine have embarked on a circa-US$1 billion haul truck fleet upgrade, committing to AC electric-drive ultra-class trucks to replace a mix of older, generally lower-capacity units.

BHP is majority owner (57.5%) and operator of the 1.2 million tonnes per annum copper operation in Chile’s Atacama Desert, which produced US$9.5 billion worth of the red metal in the 12 months to June 30 this year.

BHP has struck a deal with Caterpillar and its Canadian dealer Finning International to supply more than 160 trucks over a decade, starting in the second half of next year.

A staggering 1.4 million tonnes of material per day are moved in Escondida’s two big pits. With circa-27 billion tonnes of 0.52% copper resources, the site could be producing 100 years from now.

BHP is transitioning to 100% renewable power supply at Escondida. Caterpillar says the new-generation 372-tonne-payload haulers will, at some point, “accelerate the implementation of [Escondida’s] autonomy plans by transitioning the fleet to include technology that enables autonomous operation … [and also help] BHP meet its decarbonisation goals through the progressive implementation of zero-emission trucks”.

BHP was already automating part of the mixed fleet at Escondida.

The world’s biggest mining company recently announced record attributable profit of US$30.9 billion, $8.9b of full-year dividends, and group-wide capex of $7.6b and $9b for FY23 and FY24, respectively, with an average $10b-a-year capex to follow in the “medium term”.

Escondida absorbed $860m of capex in FY22 ($666m in FY21). Its medium-term production guidance for an average 1.2Mtpa refined copper over the next five years was unchanged.

“We are looking at quite a few different options,” he said.

“What I would call out is that Escondida is about 27 billion tons of resource that is over 0.5% grade. I am confident that there is lots of optionality in that resource, but we need to connect that underlying belief in the business to actual projects fully costed and so on.

“That is the work that we have underway currently.”

Asked about “potentially allocating billions of dollars in incremental capex into a country where the rules of engagement could be changing materially” – a reference to continuing uncertainty about future taxation and royalty rates – Henry said there had been a lot of talk about Chile increasing mining royalties, “and the likelihood is there will be some increase”. But there was also a “degree of respect shown by the government for industry, a real willingness to engage, understand [and] try to come to an aligned view”.

He contrasted this with the state government in Queensland, Australia, which blindsided miners and their investors with recently announced major tax hikes.

“There is a very good process of engagement in Chile on the royalty front,” Henry said.

“So lots of engagement between government, industry, other stakeholders, building awareness of the need to maintain sufficiently attractive fiscal terms to attract investment to offset grade decline and to grow Chilean copper to meet the world’s needs.

“Of course, for us, we have to see that process settled before we look to deploy big licks of new capital into Chile, because we need to know what the fiscal terms are going to be that underpin the investment.”

Despite the scale of the capital investment in new equipment, BHP left the public announcement to its suppliers.

Caterpillar and Finning, both public listed entities, failed to disclose financial details of a material sale.