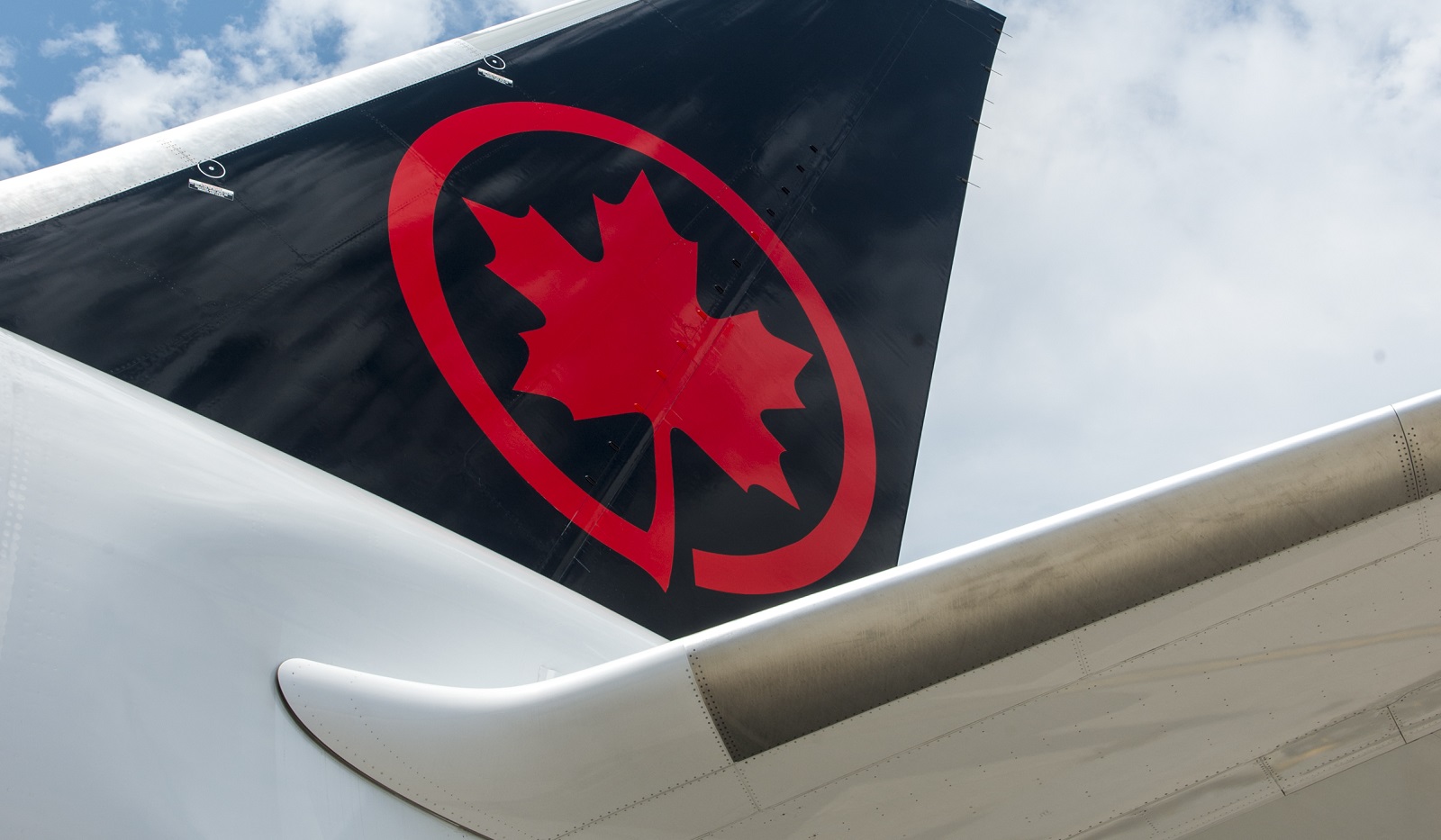 Byrnecut’s co-founder and executive chairman Steve Coughlan would like the chance to sit down with his opposite number at Zijin Mining and talk about the Chinese gold major’s growth plans. COVID restrictions have blocked such encounters but not stopped Australia’s newest A$2 billion-a-year contract miner from starting work for Zijin and also establishing a foothold in the burgeoning North American market. Both milestones bode well for Byrnecut’s future.

Zijin founder and chair Jinghe Chen said a decade ago the state-backed, Shanghai and Hong Kong listed miner – briefly the world’s largest gold company by market value earlier this year – had to “go global” and invest outside China to sustain its advance. “No matter how well-developed and strong Zijin is in domestic market, it is still a partial success,” Chen reportedly has said.

The company has stepped up its international growth investment since 2015 and last year engaged Byrnecut to develop two new underground mines to feed its large Paddington gold plant near Kalgoorlie in Western Australia.

Coughlan says he’d like to build on the sound relationship formed with Zijin operatives on the ground in WA, particularly since Byrnecut has worked previously at the major new Kamoa-Kakula copper mine in the Democratic Republic of Congo co-owned by Zijin and shares a similar view of the risks and potentially massive rewards on offer in South America.

“We have a good relationship with those guys [in Australia],” Coughlan said. “From a strategic point of view we’d love to develop a relationship with Zijin Mining. It would be good to meet the chairman and talk about other stuff. Travel to meet the dude is a bit hard at the moment, but I’d like to.”

The global pandemic that has restricted all-important face-to-face commercial interactions and site visits has created headwinds for the world’s five biggest contract miners, all based in Australia and now turning over more than A$10 billion a year.

However, it has not checked domestic mergers and acquisitions that have principally underpinned the rise of NRW and Perenti – the second and third biggest contract mining services groups in the world, respectively, behind Thiess, jointly controlled by ASX-listed CIMIC and UK-based Elliott Advisors. NRW’s A$2300 million of FY21 turnover was eight-times what it reported in FY16 around the bottom of the last mining sector downturn.

ASX-listed Macmahon Holdings is four-times bigger than it was then (with A$1350m of FY21 revenue) and Perenti has expanded nearly threefold to A$2020m.

Byrnecut has doubled in size since 2016 and is a sector standout for three reasons.

One is it’s 100% privately owned and has been since Coughlan and partners bought an LHD and opened the company’s doors in Kalgoorlie in 1987. Byrnecut has also grown organically and stayed pretty much net debt-free in an era when debt has crippled balance sheets in other parts of the capital-intensive contracting market.

The group has invested in and grown allied mining engineering, fabrication, maintenance and consulting business arms that complement and extend its core contracting reach, and has been pumping $10-20 million a year into “technology and innovation” R&D.

Speaking after recently being recognised at the Diggers & Dealers mining conference at Kalgoorlie for his 30-plus years at the helm of what is Australia’s largest privately-owned mining services group, Coughlan said Byrnecut had become “a very disciplined international integrated group of business entities employing in excess of 4,800 people with turnover of $2 billion per year and negative net debt”.

Its impressive recent expansion has been driven primarily by underground mine development and production activity in Australia, including important contract extensions with the likes of Newcrest Mining, Northern Star Resources, Gold Fields and OZ Minerals, as well as new work for Wiluna Mining, Zijin and Galena Mining. Offshore an initial contract with ASX-listed Evolution Mining to develop its circa-A$70 million Campbell Young Dickenson decline at Red Lake in Ontario could become an important beachhead in a market seen to offer tremendous upside for Australia’s leading contractors.

Coughlan said in Kalgoorlie that Byrnecut – owned for most of its 34 years by directors Coughlan and Bill Blake, and Claudio Thyssen, a great grandchild of German industrial giant Thyssen AG’s founder, August Thyssen – continued to chart its own course and “keep a low profile in the press”. Coughlan isn’t a fan of public equity markets and 79-year-old Thyssen, who owns 70% of Byrnecut, is understood to feel the same way.

“Some people have suggested I came up to Diggers as part of a farewell tour,” Coughlan said in Kalgoorlie. “Some may be excited by the prospect of my departure, others disappointed. To both can I say, not just yet.”

Asked about this comment after Diggers, Coughlan would only say that “there is no plan for [ownership] change at this point in time”.

“There are no guidelines [for what lies] ahead. It’s fair to say Claudio Thyssen is more of a [private company] type of individual. He has given no sense of wanting to get out. If and when that changed, give us a call. There is nothing on the radar at the moment. And, from my point of view, it would be incredibly disruptive for the business I think.”

Management at Byrnecut are never going to be effusive about future growth prospects but managing director of the Australian contract mining business, Pat Boniwell said strong gold and base metal prices were “driving people to be more proactive, even aggressive, about developing underground opportunities”.

“We’re in a pretty strong part of the commodity cycle, so there is a lot of work around,” he said. “I’d like to think a part of it is we’ve delivered well on the projects we’ve had. We’ve picked up more work with existing clients; that’s probably first prize, is that repeat work. And then there are the new clients at Wiluna, Paddington and Abra.”

Boniwell’s counterpart at Byrnecut Offshore, Greg Jackson, has said the company is building a pipeline of potential projects in North and South America, where it “still active with San Martín [Contratistas Generales], our partner in Peru” and is focusing more on Canada than the US, for now, as projects there are moving forward faster.

“In the 90s we looked to Canada as a leader for modern mining techniques, from areas such as the Sudbury Basin, which were at the forefront of modern technologies,” Jackson said earlier this year.

“However, over time a shift has happened, particularly in the way underground mining operations are run. Economic forces drove the industry in Australia to move from the owner-miner model to the contract mining model earlier than the Americas, and it became the norm. This led to a greater focus on innovation in Australia that perhaps the traditional, multi-generational mining community in the Americas were more reluctant to embrace.”

Coughlan says there is still a cultural gap between underground miners in Australia and North America: “You’ve got to be careful because North America is not the easiest place to work. Their labour conditions and rules are very different to what we’re used to here in the mining industry. We want to be selective and we would prefer new jobs rather than going into existing mines where you might have an embedded culture which would be very hard to change. That’s the logic.”

But the recent build-up of Australian mining companies and capital in Canada and also in South America is creating new openings for contractors able to deliver rapid decline development and best-practice underground mining capabilities, and more and more underground projects are emerging in the portfolios of majors and mid-ranked players.

Large-scale projects, in particular, play to the skills and experience – and balance sheets – of Australian service providers such as Byrnecut.

“We’re pretty selective,” Coughlan says. “We don’t want to get into competition with the small-scale miners. We’re just interested in the big-scale stuff.”

Jackson said: “That is why we are so excited about opportunities in the Americas in the coming years. This is Byrnecut’s specialty – large-scale mining methods that drive down costs and allow for bulk mining lower grade material, such as large open stopes, sub level caves and block caves. Projects such as Yanacocha in Peru, transitioning from oxides at surface to sulphides underground, or Newcrest’s Red Chris in Canada, which could be a large block cave.”