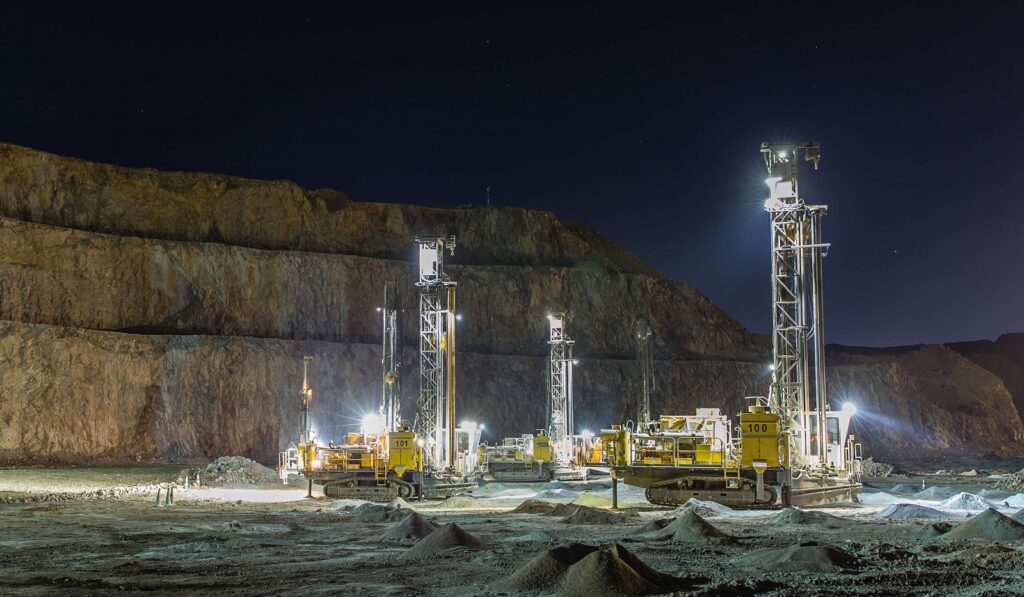 Global mineral exploration spending must have a similar feel about it to the 2010-2012 surge for Capital executive chairman Jamie Boyton. However, the 2022 version of the company is markedly different to the one Boyton and fellow executive Brian Rudd were helming a decade ago.

Back in 2012 Capital was a drilling company riding a spike in global exploration spending to more than US$21 billion.

This year it expects to increase its drill rig fleet to 120 units, its highest level ever. Fleet utilisation averaged 75% in 2021 and rose to 79% in the December quarter. It hit a cyclical low of 34% in 2015. The company says it is seeing the strongest demand for drilling services in a decade.

But Capital now has other important strings to its bow.

The company’s laboratory services arm, which contributed $3m in 2019, weighed in with $15.6m of revenue in 2021 and is tipped to double in size this year. London-based Capital broker Tamesis Partners says the Capital MSALABS business is “at an inflection point for growth”.

“In other words, more to come,” it said. Capital says it is aiming to add to its six Chrysos PhotonAssay new-generation mineral analysis instruments – able to generate up to $5m a year each – in 2023 and 2024.

The company’s contract mining unit is also getting runs on the board at Centamin’s flagship Sukari gold mine in Egypt, where activity is said to have “ramped up smoothly and ahead of schedule throughout 2021”.

“Revenue guidance for 2022 … [is] driven by an increased drill rig count, contract extensions and expansions from existing long-term contracts, [the] load and haul waste stripping contract at Sukari running for the whole year at full capacity and MSALABS continuing to grow through 2022,” Capital said this week.

“Capital expenditure is expected to be approximately $45 million in 2022. This will fund an increase to the drill rig count, the expansion of MSALABS, including a major hub laboratory in Saudi Arabia, as well as sustaining capex on the enlarged drill fleet and the Sukari mining contract.”

Boyton said Capital entered 2021 “flagging the disconnect between decade-high commodity prices, with exploration spending at half the levels of a decade ago”.

“We saw this begin to correct through early 2021 with a rapid pickup in market activity evident in our operational metrics.

“Our mining business has taken a sizeable step forward in 2021 with the exceptional ramp up of the load and haul contract at Sukari, which we delivered ahead of contact expectations. Following the rise in commodity prices we are seeing an increase in projects moving forward to development and therefore we expect the pipeline of new mining contracts to expand in the coming years.”

Capital expects to generate incremental revenues of $235-260m from Sukari over four years. Total company-wide work in hand at the end of December was put at more than $600m.

Boyton described the Australian-developed Chrysos PhotonAssay technology as “revolutionary”, with the “potential to disrupt the geochemical analysis sector”.

“This technology is a key driver of growth in MSALABS, with revenues expected to approximately double in 2022 year-on-year.”

Capital has also reaped a windfall from investments in African exploration companies: $41m of “revenue” in FY21 and its portfolio value sitting at $60.2m at the end of 2021.

With the investments it had circa-$28m of net cash on its balance sheet at the end of the year.

Boyton says the 22% contribution of non-drilling activity to Capital’s revenues in FY21 – up from 9% in FY20 – marked a “notable shift forward in our service offering”.

“In order to drive the growth in the business, we increased our headcount by 1000 new people through the year, and despite this significant new onboarding and increased activity across the group, we maintained our industry leading safety performance, with a TRIFR [total recorded injury frequency rate] of 0.98,” he said.