Cat vs Komatsu: Mining’s changing of the guard coming? 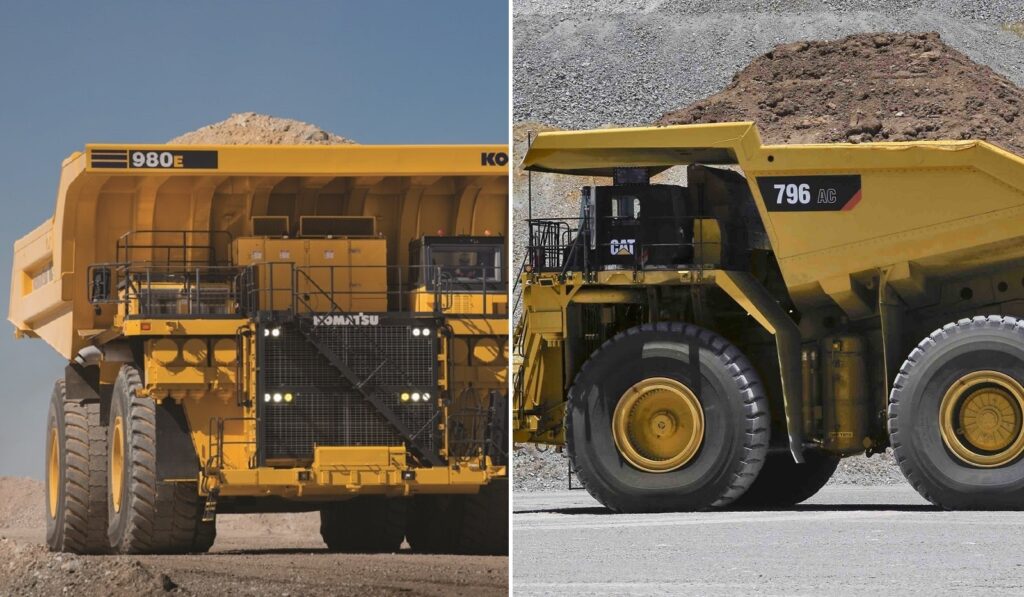 Leaders
Heavy machinery majors slugging it out for market supremacy

Machinery giant Caterpillar enters 2022 as the “world’s leading manufacturer of … mining equipment”, but it’s fair to say the US company is in a ding-dong battle with its major rival Komatsu to take that mantle into 2023 and beyond.

Caterpillar’s US$2.76 billion fourth-quarter sales for its resource industries unit, containing its mining equipment, parts and technology business, took the company’s reported 2021 sales for the division to $9.96 billion. That was a healthy increase from $7.9 billion in FY20 but still down on the $10.27 billion reported for FY19 and $10.27 billion in FY18.

Tokyo-listed Komatsu has meanwhile maintained its forecast for FY21 “mining equipment” (including parts and service) sales at circa-US$9.51 billion after its Q3 mining sales surged 37% year-on-year to about $2.53 billion. Its fourth quarter runs to March 31.

The company says it expects full-year sales for FY21 “will advance by 31% from FY20”.

Caterpillar and Komatsu both bought iconic global mining equipment businesses in the past decade to build out their similar, traditional machine lines: dump trucks, bulldozers, excavators, graders and loaders. Caterpillar forked out $7.6 billion for Milwaukee-based Bucyrus in 2010, at the time believing the China-fuelled mining investment “super-cycle” had a fair way to run. But the market tanked from 2012. Komatsu outlaid $3.7 billion for Bucyrus rival Joy Global in 2017.

Protracted integration of the respective businesses – which brought some unfamiliar equipment lines to both companies – and investment in automation and electrification technologies that are expected to reshape the world’s mining equipment landscape over the next decade, have set Caterpillar and Komatsu up for growth as mining capital spend picks up this decade.

Both companies – and European-based peers in the mining equipment space – say industry demand is surging and while COVID and supply-chain constraints are blocking the supply response somewhat, pipelines are growing and underlying conditions are conducive to a sustained uptick in replacement and new fleet procurement.

Miners are also looking to the industry’s top suppliers for more technology and services. Caterpillar says it has mining equipment working autonomously on 18 sites on three continents with more than 500 large mining trucks in operation. Komatsu said last September it had “over 400 trucks commissioned with the FrontRunner [autonomous control] system … on 13 sites across three continents”.

Caterpillar has a goal to double the value of its group services business to $28 billion by 2026.

The company’s CEO Jim Umpleby says he’s excited about opportunities associated with the global energy transition, “which includes rising demand for commodities used in electric vehicles and other applications benefiting resource industries”, but doesn’t think mining customers are currently holding back orders for equipment in anticipation of more scaled zero-emissions products becoming available over the next couple of years.

“Everything from the energy transition driving the need for more commodities is creating opportunities in mining,” Umpleby says.

“We’re continuing to see strong inquiry and quotation activity, and increasing orders. We’re working very closely with our customers to help meet their emissions goals as well. We’re seeing orders play out much as we had expected … [and] generally we’re still on the path of expecting, not a big spike up, but a continued gradual improvement in mining orders.”

Caterpillar’s share price has more than doubled since the start of the COVID outbreak early in 2020. The company’s current market value is about $111 billion.

Komatsu is up about 85% since its COVID nadir, capitalising it at about Y2.72 trillion, or US$23.8 billion.