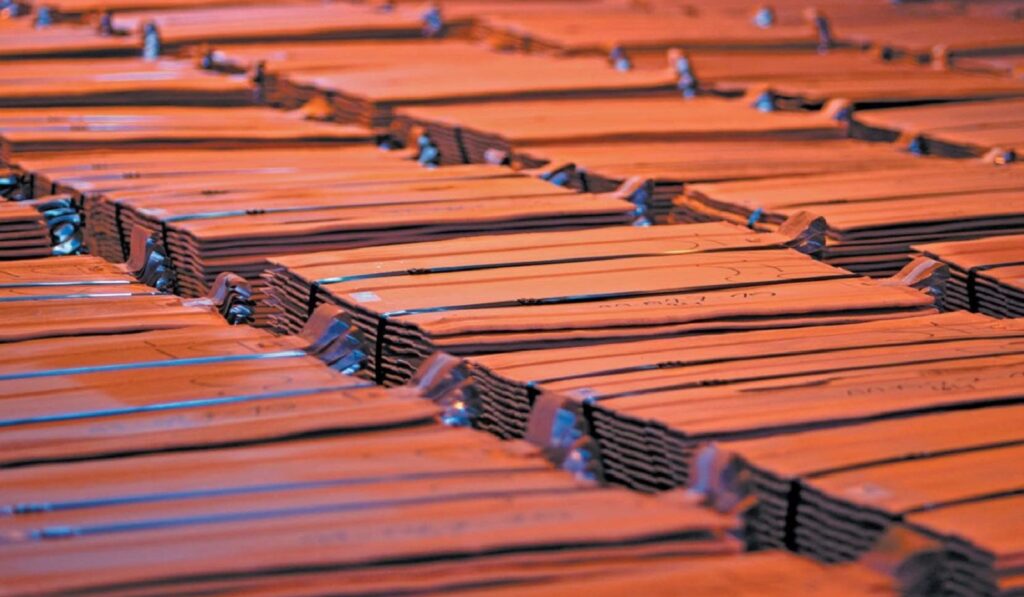 US-based Jetti Resources is ramping up promotion of its “revolutionary” copper leaching catalyst ahead of what CEO Mike Outwin expects to be a period of accelerated deployment of the technology at large copper mines and, maybe, the sector’s “Leach 3.0 moment”.

Speaking at a Bank of America mining and metals event in Miami, Florida, company co-founder Outwin said Jetti’s 10-year journey to commercialisation of the sulphide-copper leaching catalyst was over.

“I think there has been a big change in the last few months in terms of desire from our partners to implement commercially, at a big scale,” he told the gathering of many of the world’s major miners, and investors.

“For us and for our partners at this moment it’s really not about testwork. It’s about engineering, it’s about construction and it’s about making sure a supply chain is reliably delivering catalyst to the site and then the performance of the technology in the field, and making sure we’re getting that amplified effect that we talk about.”

Outwin said the “amplified effect” was tens-to-hundreds of millions of dollars of additional copper production for “less than US$5 million” investment in a Jetti catalyst delivery facility. The risk equation was now clear, and getting more traction, he said. “The industry is finally realising [that] Jetti is just going to be single-digit millions [and] a few months to install and we could potentially get tens of thousands of additional tonnes of copper production and so, why not? Why not do it?”

About $20 trillion worth of copper in primary sulphide ores – an estimated 70% of the world’s copper resources – is seen to be either inaccessible or too low-grade to be economically recovered.

A presentation by Jetti chief technology officer Nelson Mora at an international metallurgical conference in Australia this month said mining engineering major Worley had independently verified that the doubling of copper production since mid-2019 at the Pinto Valley operation in Arizona, USA, was achieved on the back of Jetti’s technology.

“Copper production per unit area irrigated has increased more than twofold since the implementation began in May 2019,” he said.

Outwin said after securing the patent portfolio and personnel from the BC lab in 2014 and “living in stealth mode” through to 2019, focusing on research and development and refining the catalyst formula, the Pinto Valley application stamped Jetti’s solution to the sulphide-copper leaching challenge as unique.

“Jetti’s technology is producing cathodes today. It’s the only one that’s produced cathodes commercially [and has] been doing that for three years,” he said.

“The industry has never seen a low-cost tech like this for the treatment of chalcopyrite.

“The technology doesn’t present hurdles for operators to say yes. That’s what is so attractive about it and that’s why the technology has potential to have such a massive impact across the industry.

“Now it’s really all about acceleration of our commercial pipeline.

“We’re building another commercial project right now with a major in the Americas, which will be online this year. And we’ve got a bunch more that will be online in 2023.

“So we’re reaching a very exciting time in Jetti’s story.

“I can’t say anything else today but in a couple of months we expect to making some exciting announcements about projects coming on line that will be an order of magnitude larger [than Pinto Valley].”

Boulder, Colorado-based Jetti has raised more than $100 million of equity capital and has BHP, Freeport McMoRan and Teck as shareholders. Profit-sharing is its preferred revenue generation method.

“This is an enabling technology that allows you in certain situations to fundamentally revalue your asset and to double, triple, quadruple your copper production. That’s why profit participation is justified,” Outwin said.

“In terms of the evolution of the industry I look at it this way. You’ve got Leach 1.0 that happened in the 70s, and 80s, which was focused on oxide material. Then you’ve had Leach 2.0 which happened in the 90s and early 2000s with bioleaching. [Some estimates say] we got to 25% of global copper production with full maturation of bioleach and oxide on secondaries.

“Then you’ve had this primary sulphide issue that the industry has been spinning its wheels on for a very long time; not able to advance to the next level.

“Jetti is really leading the way for Leach 3.0.

“Jetti’s technology we believe can lead the way for the industry get back to that more significant production of cathode.

“Is it going to … throw things out of balance like shale gas did? We don’t think so. But we do think it can have an absolutely transformative effect on the industry – allowing the industry to have its Leach 3.0 moment.”