Partner Content
Top image :
Auto-mate's autonomous dump truck is put through its paces at a site in Israel.
Mine automation firm has been busy during pandemic-enforced wait 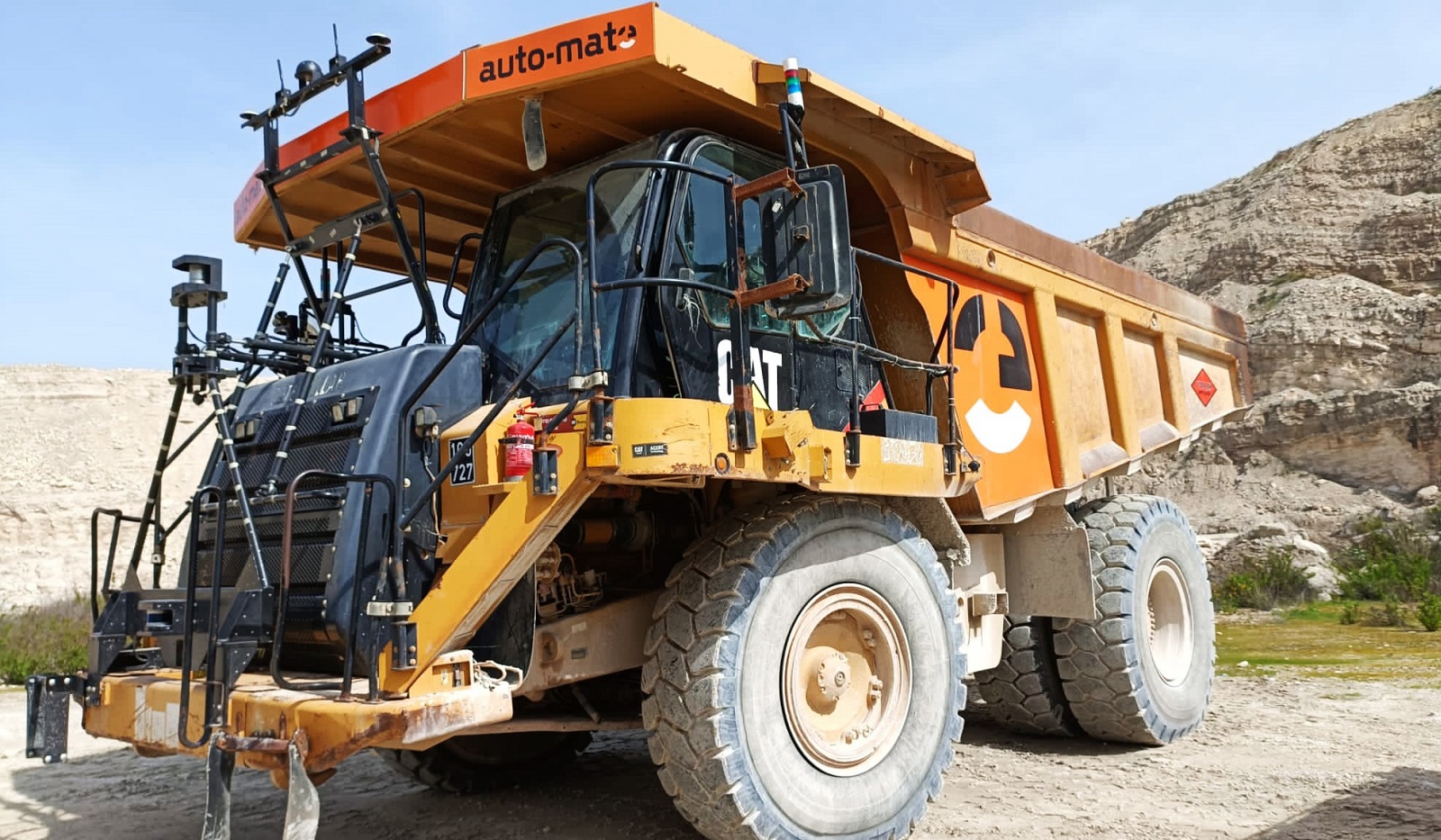 Extensive testing of Auto-mate’s advanced mine-truck automation system in a large aggregate quarry in Israel has been a success, according to the company’s CEO, Daniel Poller. How successful? Well, the quarry operator is understood to be keen to buy the technology.

Auto-mate’s unique automation and AI technology originated with Israel Aerospace Industries (IAI). The company, half-owned by Australian mining logistics leader Bis Industries, has just been recognised as one of Australia’s Hot 30 mining and energy innovators by the CORE Innovation Hub

Poller, who has had to communicate a lot via screens with his growing Perth-based Auto-mate team while Western Australia’s border has been closed, says a plan to progressively deploy a large engineering and technical group from Israel to WA to set up and oversee autonomous truck testing went out the window when COVID forced widespread travel restrictions from early 2020.

He says instead of kitting up a 70-tonne-payload mine truck with Auto-mate’s hardware and software somewhere near Perth, it was decided to advance the work in Israel to enable the company’s engineers and technicians to stay close to test vehicles in the field.

Commercial in confidence arrangements limit what can be said about the quarry and its owner, however, the operator is among Israel’s largest building materials producers. It continues to examine new sources of raw material and, with the country’s high labour costs climbing, it sees increasing appeal in autonomous vehicles.

Auto-mate’s vice-president of product and strategy, Elad Abbo says all components of the automation package and related operating system software have been simulated at the company’s technical centre and then physically tested in a section of the quarry.

“We have everything installed on the target vehicle, which in this case is a Cat 775; the lidars, cameras, radars, the onboard controls, all set up in the correct operating configuration,” Abbo said from Tel Aviv.

“We are doing full haulage cycles, different types of loading and dumping procedures; running on level, decline and incline roads – all conducted autonomously. We started running from point A to point B, then we got to more complex scenarios involving fixed obstacles and also dynamic obstacles, where we tested the vehicle and analysed the reaction to the obstacles.

“This is where I think we have some uniqueness in terms of what exists in the market.

“This is the first time we’ve actually taken a mining vehicle into environmental conditions that are similar to operational sites, with dust, humidity and heat.

“The site work has been running for just under a year. So the next stage now is to replicate this in Australia.”

Poller says: “What I found fascinating, and I was there for some of the early runs, was when we moved from simulation to the actual vehicle seeing how the Cat vehicle actually behaved in real life. For example, how the truck decelerated going down a small decline – does the gearing stop it enough or do you have to engage the brakes? You need to train the system to behave in the right way. It hadn’t worked on a Cat vehicle before and the Cat vehicle had some unique characteristics, like any vehicle has its own unique characteristics.”

Auto-mate expects to have a refurbished Caterpillar 775 ready in Perth to enable a seamless transfer of the bespoke automation hardware and software from Israel.

“The idea now is to ship the kit we’ve been using to Australia and continue the testing with more advanced scenarios, more advanced, domestic use cases, while we continue testing and evaluation of the software in Israel and will keep our system in Australia up to date all the time with the system in Israel,” Poller says.

“The only change that might happen is if the operator in Israel decides they want to keep that autonomous truck running ahead of a move to a new quarry, we might have to source a new system and bring that one over to Australia. We’ve started sourcing the long-lead components for that.

“That might mean a small delay, but not necessarily a bad one.”

While mining suppliers have grown accustomed to supply chain disruptions over the past two years, adding to COVID-related labour and other disturbances, the industry’s evolution towards mobile equipment automation has continued unchecked.

Now, more smaller companies and contractors are moving to take advantage of OEM-agnostic, interoperable automation solutions that can be retrofitted to equipment and obviate high-cost fleet changes and infrastructure installation.

“Automation has become a given now, at least in Australia. It’s not an experiment any more. People say, we’re going to automate – the question is around timing, and with whom,” Poller says.

“The competitive landscape is also changing and the number of options for mining companies is growing.

“I think it’s a great reflection of the maturity of the market and the fact that there are real alternatives here to Cat and Komatsu.

“Non-OEM alignment is growing, which can only be good for the market.”

Auto-mate will bring up to 15 engineers and technicians from Israel to Australia to help drive the introduction of its autonomous offering for trucks and other mining machinery. Further training of local personnel will also occur.

As well as making key management appointments, Auto-mate has been working with industry groups to nurture talent in a mining skills market expected to come under severe pressure in the face of rising demand over the next few years. It recently welcomed engineering graduate Vinuri Hewamalaweera to its team. “Vinuri’s broad range of experience from neural network and electronic circuit design to image processing, object detection and tracking through OpenCV and ROS environments are some of the key competencies we’re looking for,” says Mark Siddoway, Auto-mate’s vice-president Engineering.

“We’re well advanced in the adaptation of our technologies for a number of applications which will provide a good opportunity for Vinuri’s learning, especially as field testing commences on our heavy automation platform.”