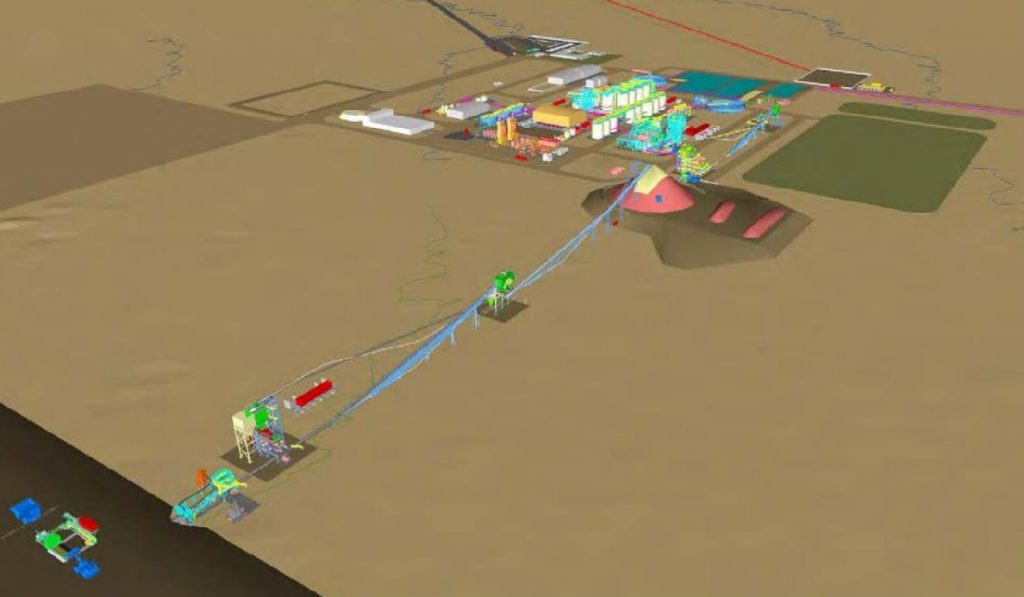 The Australian junior’s pre-feasibility study highlighting outstanding economics for a 10 million tonnes per annum operation producing an average 540,000 ounces a year at AISC of A$1,280/oz in its first 10 years also signalled the industry’s shifting ESG focus on decarbonisation with its plan to reduce an initial carbon intensity of 0.6 tonnes CO2 per annual ounces of gold output to 0.3t/oz.

“The reduction is planned to be achieved through a combination of increased use of renewable energy and transition of the mobile equipment fleet away from diesel. Further opportunities to decrease carbon intensity will be pursued,” De Grey said in its PFS announcement.

The planned shift perhaps halfway into the initial 10-year production roadmap outlined in De Grey’s PFS would make Mallina one of the lowest carbon-intensity producers among Australia’s largest 15 or so gold producers, and even put it in the same bracket as Bellevue Gold’s planned 1Mtpa underground mine and plant in WA, which is aiming for 0.2t CO2-equivalent/oz at this stage.

Bellevue says its much smaller project is forecast to be “the lowest carbon emitter per ounce in the Australian gold industry” when it comes on line in 2023.

De Grey is targeting 2025 for a production start.

Its PFS blueprint has Mallina, based on the Aquila, Brolga, Crow, Falcon, Diucon and Eagle (Hemi area) deposits, producing 6.4Moz gold from 136Mt of ore grading 1.6 grams per tonne milled over 13.6 years. Openpit mining rates averaging 90Mtpa, with a contractor, have been modelled, using a “typical” surface mining fleet of 600t-class excavators and 220t-payload haul trucks.

“Mineralisation has been consistently intersected at all Hemi deposits below the PFS openpit designs,” De Grey said.

“The potential for concurrent underground mining with openpit mining is an option for future consideration and centres on the scheduled completion of the stage one starter pit at Brolga early in year four of production.

“Similar comminution circuits are used in large-scale gold projects. Hemi ore has the advantage of generating a low [8%] mass pull sulphide concentrate as feed to the POx circuit. This reduces the POx throughput to 0.8Mtpa compared with the overall plant throughput rate of 10Mtpa.

“The use and reliability of HPGRs in gold plants at the scale of Hemi has increased, along with design and operability improvements, over the past 20 years. HPGRs are currently used at large-scale gold operations in Western Australia including the Boddington and Tropicana gold mines.”

Hemi mineralisation is said to achieve metallurgical recovery of 93.6%.

De Grey said projected capex had increased by about 15% to A$985 million since its scoping study due to market inflationary pressures. “Despite the capital cost increase, the payback period of the project remains below two years with an excellent internal rate of return of approximately 50%, underlining the quality of the project and its insensitivity to capital cost,” it said.

“The PFS capital estimate has taken place at a time in the economic cycle where cost inputs are high and potentially at peak levels.”

“The proposed decarbonisation plan makes assumptions on the availability, practicality and economics of technology that is still developing.

“While De Grey has a credible and favourable pathway to achieve decarbonisation on par with industry leaders, it needs to carefully consider external communications and commitments of this pathway as key components are outside of De Grey’s direct control.”

De Grey aims to complete a definitive feasibility study (DFS) in mid-2023, when it also expects to have a project funding structure in place.

De Grey’s share price is up more than 11% in the past month, capitalising the company at circa-A$1.6 billion.