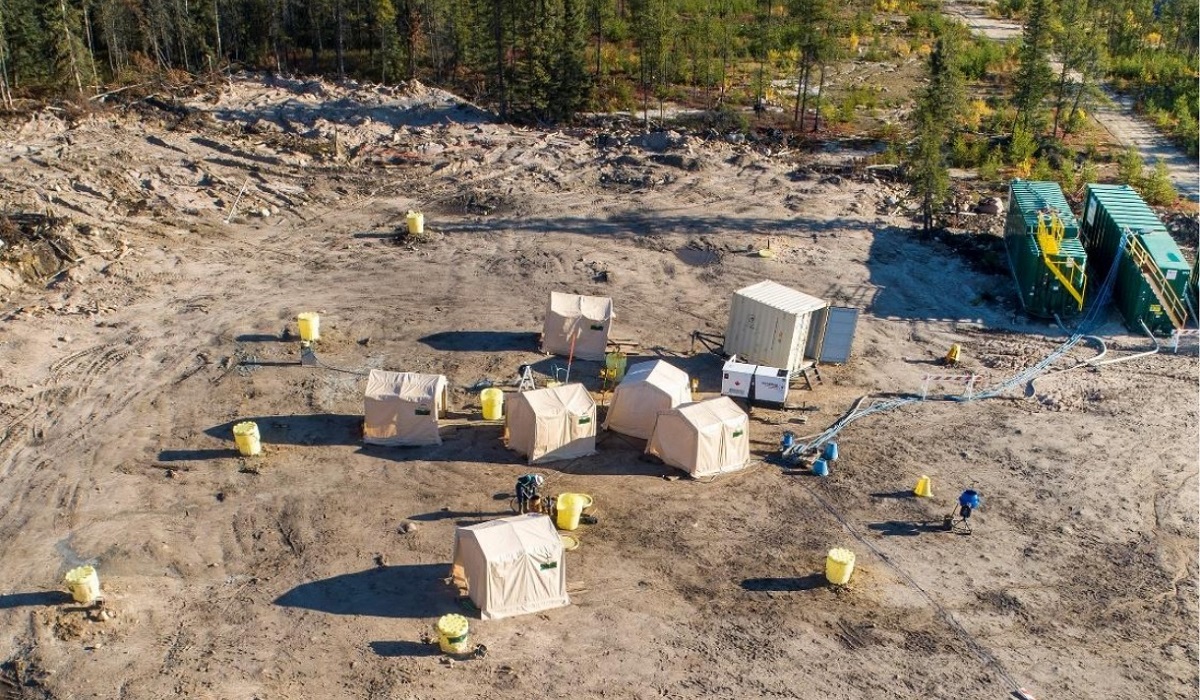 Canada’s Denison Mines Corp says commissioning of the “critical” lixiviant injection system at its proposed C$322.5 million Phoenix in-situ recovery (ISR) project in Saskatchewan has moved it into the leaching stage of its feasibility field test at the “largest undeveloped uranium project” in the eastern Athabasca Basin region.

It is targeting Phoenix’s primary mineralised zone about 400m below the surface.

Controlled injection of acidic solution into part of an existing test pattern in the mineralised leaching zone will precede recovery via test wells of a solution containing dissolved uranium, copper, iron, molybdenum and zinc.

Leaching and then neutralisation and recovered solution management are the three phases of Denison’s FFT program. The company said the FFT was expected to verify permeability, leachability and containment parameters needed for successful application of the ISR mining method at Phoenix, as well as validating and informing feasibility study design elements including production and remediation.

“With the completion of construction and wet commissioning of the injection modules, we have now successfully commenced our initial injection of lixiviant into the test area, which represents the beginning of the leaching phase of the FFT,” Kevin Himbeault, Denison’s vice president of plant operations and regulatory affairs, said.

The company says the fully permitted FFT was authorised by both the Saskatchewan environment minister and the Canadian Nuclear Safety Commission.

Denison has outlined indicated resources of 132.1 million pounds U3O8 (1.8 million tonnes at an average grade of 3.3% U3O8 and inferred 3Mlb U3O8 (82,000t at 1.7%) at the Wheeler River Phoenix and Gryphon deposits in the “infrastructure rich eastern portion of the Athabasca Basin region, in northern Saskatchewan”.

Its 2018 prefeasibility study indicated a standalone Phoenix ISR operation could produce an average 6Mlb U3O8 a year at AISC of US$8.90/lb over 10 years.

Toronto-listed Denison’s share price is down more than 16% in the past month, capitalising the company at circa-C$1.2 billion.