DEVELOP among contractors with sights on Bellevue

Leaders, News, Pipeline
Top image :
A number of the world's best underground mining contractors have their sights on the upcoming Bellevue gold mine tender. 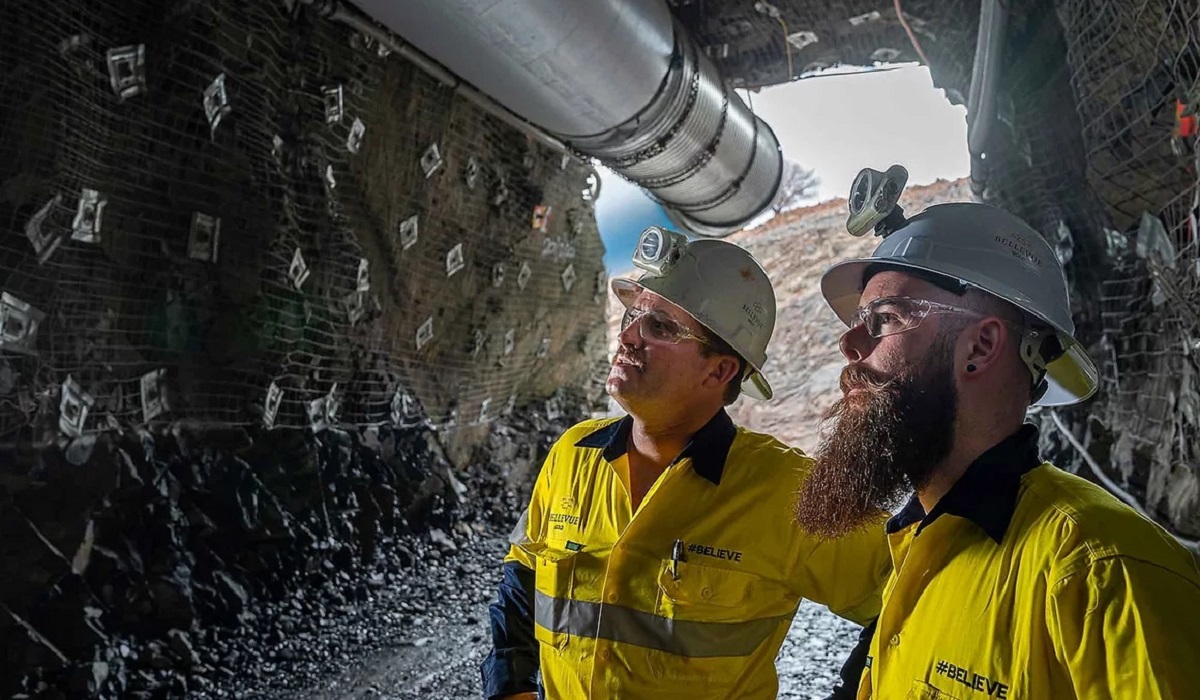 Gold major Northern Star renewed Byrnecut’s tenure at its best mine, Jundee, in WA, where the WA-based contractor has been showcasing its skills for 20 years. Beament spent eight years as operations GM at Barminco, now part of Perenti Global, which figures with Byrnecut and Canada’s Redpath in the list of the world’s three biggest underground hard-rock mining contractors.

So stiff competition for Beament and DEVELOP at Bellevue.

Nevertheless, the 10-year transformation of Northern Star from $10 million explorer to Australia’s second gold major behind Newcrest means DEVELOP won’t be satisfied just doing development work at its Sulphur Springs copper-zinc mine for too long.

“We are delighted to be given the opportunity to tender for the mining contract at Bellevue, which is clearly on the path to joining this list of world-class WA projects,” Beament said this week when announcing the formation of DEVELOP Underground Services. The former Venturex Resources is looking to apply the business model of key shareholder Mineral Resources and build mining services alongside its own mining activities.

“Developing an asset of such exceptional quality as the Bellevue deposit represents an enormous opportunity for Bellevue shareholders,” Beament said. “I have no doubt that with our vast experience in WA underground mining, the DEVELOP team can help ensure this potential opportunity is maximised.”

Bellevue Gold hasn’t said anything publicly about its underground mining contract tender, except that it is preparing to release the underground works tender this quarter and expects to start full-blown underground development for the one million tonnes per annum Bellevue underground mine in the third quarter next year.

It said late last month Macmahon was achieving more than an average 260m a month of underground mine development in both fresh and rehabilitated heading. More than 2700m of completed development had contributed to early de-risking of the project and Bellevue was on track to complete its $51 million of planned stage 1 works and pre-development by the end of 2021.

With more than $100 million of equity recently raised along with a $200m debt package in place, Bellevue Gold says it’s funded through to its planned production start in mid-2023. Targeted gold output above 180,000ozpa in its first eight years at AISC of A$1014/oz will put Bellevue among a handful of large-scale gold producers mining a head grade above 5gpt. Output of 200,000ozpa in the first five years will make it one of Australia’s top-20 gold producers.

Exploration continues to grow the project’s global resource of circa-3Moz at an average 9.9gpt

Macmahon has said it hopes the initial 10-month stint at Bellevue “will lead to opportunities for additional work”.

“Interestingly, some of our people previously worked at Bellevue back in the late 1980s including Brent Bickley, Byron Parker and one of [subsidiary] GBF’s founders, Ross Graham,” the company said. It has recently won big underground jobs at Red 5’s King of the Hills and St Barbara’s Gwalia gold mines.

Byrnecut’s first contract back in 1987 was to develop the Westralia decline at Bellevue for Queen Margaret Gold Mines.