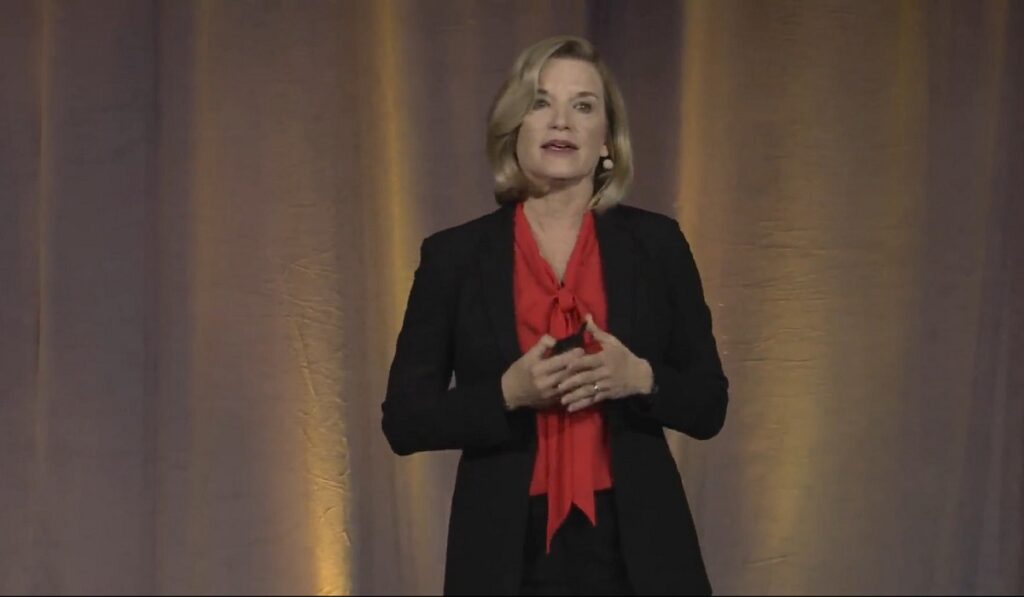 Ubiquitous mobile autonomy in mining is increasingly being favoured by improved economics, according to Caterpillar group president, Denise Johnson, who said this week the equipment giant was eager to convert its leadership in surface mining automation into higher levels of Cat equipment use at more mine sites.

“Today there are a number of mines with a lot of different nameplate OEMs [original equipment manufacturers] at the site,” Johnson said at the US company’s 2022 Investor Day.

Johnson, who leads Caterpillar’s US$10 billion-a-year Resource Industries business that includes mining and quarrying, said the company was also looking at how productivity and safety gains at sites using Caterpillar autonomous equipment could be best monetised under the company’s range of Customer Value Agreements (CVAs).

“We have a number of models that can really take advantage of that for the future,” she said.

Technology was a key theme at New York Stock Exchange-listed Caterpillar’s Investor Day, at which CEO Jim Umpleby said the company’s circa-$1.5 billion R&D spend would likely rise in the years ahead, though probably not to the same level as 2012 when investment in its tier-4 engine program peaked.

“Energy transition dynamics were the primary topic of discussion across Caterpillar’s segments – with management framing a higher long-term sales growth opportunity through a larger addressable market as a result of the energy transition,” the bank said.

“While we both acknowledge Caterpillar’s core competencies in the areas of alternative power generation and potentially incremental opportunities vis-à-vis EV-related commodity upside in the Resource segment and potential opportunities for Construction/Energy & Transport as infrastructure is developed, we continue to see offsets in the form of coal exposure within Resource and oil and gas/diesel-indexed businesses in E&T.

“In this context, while Caterpillar is clearly making efforts to position the portfolio for the long-term transition towards zero-emissions, we see little by way of concrete evidence that the addressable market will be higher over the long-term versus Caterpillar’s total addressable market today – with a greater urgency to offset lost sales as dirtier fuels fall out of favour over the near-to-medium term.”

Johnson said increasing commodity use and the need for new capacity, declining grades for major commodities such as copper, a broad need to replace aging fleets and infrastructure investment to meet ESG targets all pointed to higher net equipment, parts and services demand.

“Ore grades for commodities like copper continue to decline globally,” she said.

“By 2030 it is estimated 30% more material will need to be moved to produce the same amount of copper [from surface mines].

“[Mining] customers have been very disciplined with their capex spending during the last few years and we believe the future landscape favours more substantial investments.

“Certainly with the high commodity demand we currently have, and the need for additional commodity capacity to be brought on line, as well as the declining ore grades and the aging mining equipment, and the need for investment in technology and infrastructure to meet ESG goals, and with the backdrop of strengthening miner balance sheets, we believe total mining capital expenditures are poised to grow.”

Johnson said the vast global Caterpillar deal footprint was well positioned to support expanded production of key energy transition commodities. Asked about coming technological change – in power systems and new digital and autonomy capability – inhibiting current mining fleet renewal investment, Johnson said: “[Our] ability to rebuild equipment [and components] does give customers that optionality to rebuild versus buy new. [Capital decisions in mining] also depend on mine life and what the new asset strategy of companies is, or is going to be. Plus then we have economic uncertainty … which plays into their decision making.”

“Having said that we are seeing increased booking activity in our mining products, and in oil and gas,” he said.

“[We are] not seeing quite the ramp-up that we’ve seen in the past. [But] more of a gradual increase is good for the customers and it’s good for us as well.”

Johnson indicated that a decade of gradual mining surface fleet automation build-up could be about to switch to exponential growth mode. In that decade Caterpillar autonomous vehicles had moved more than four billion tonnes of material and completed over 155 million kilometres of autonomous driving – the “same distance as circling the earth 4000 times” – with no injuries and a circa-30% average productivity gain versus manual vehicles.

“We have the largest autonomous truck fleet in the world with over 525 machines … with more launching every month.

“While we started with field retrofit of autonomous trucks we now see a shift to factory installed autonomy on new machines.

“Nearly every discussion with miners about new trucks includes significant interest in autonomy.

“One of the reasons autonomy uptake increasing is because the economics are changing. When we started deploying autonomy in the 2013 timeframe we deployed at the largest mine sites around. Since then the economics have improved such that the deployments have progressed to smaller and smaller mine sites.

“In fact this year and next we will be deploying to sites with as few as 12 trucks.”

The trend pointed towards the potential application of autonomous vehicles and related services to a “much larger customer base and it actually extends down into quarry and aggregate sites”.