Game on for Sentient 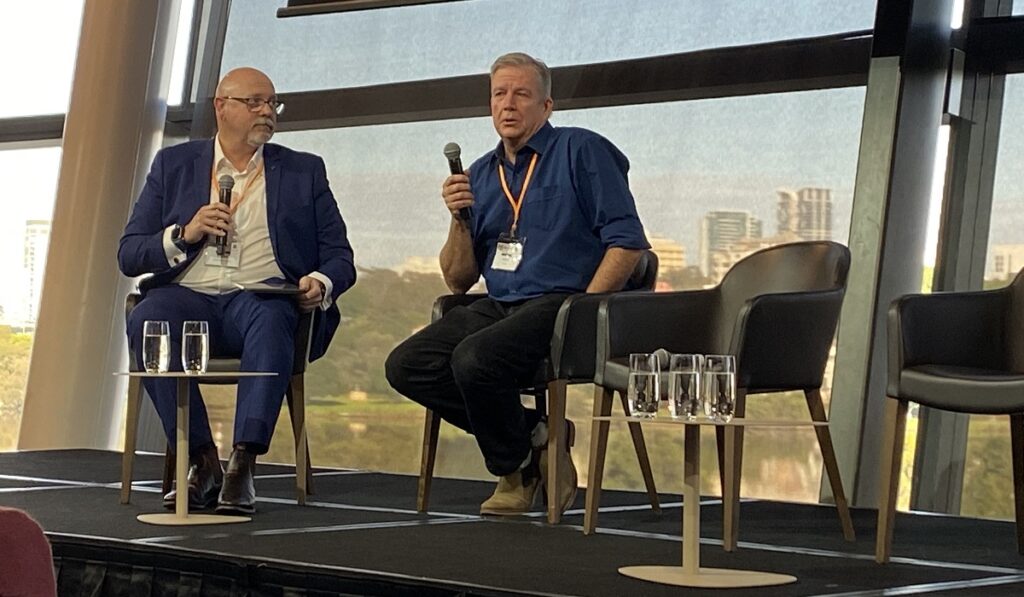 Doug Bester thought his small Perth-based technology business might be hard hit by COVID-related restrictions. Instead, demand surged. He says mining and other industries are more awake to the potential of remote-work virtual reality applications and the power of modern game engines.

That didn’t stop Sentient Computing settling back into a post-COVID, “business as usual” gear earlier this year. However, Bester does see a changing picture.

“We’d been saying for a long time that we could do this and that and everybody says, sure. But COVID made companies actually take it on; the VR, the HoloLens started getting out there, the RealWare starting getting used,” he told the GMG Austmine Forum in Western Australia this week.

“So [the period] saw a really good shift in the way companies view technology stacks like the ones we use.

“Now that we know we can work effectively from home, gaming tools and technology that we provide will make it easier to deploy our products and platforms to large enterprise systems.”

When Bester first thought of connecting his process control engineering job with video games in the 1990s the technology wasn’t ready and mining and gaming were in separate galaxies. Even nearly 20 years later when the technology was available commercially and miners’ kids were starting to log on to Minecraft, the connection wasn’t great.

“I remember when we first started this we couldn’t mention the word gaming,” Bester said at the forum.

“If I was in this [type of] conference I’d be saying we have serious visualisations [or] 3D simulations. I couldn’t mention the word gaming.

“This has now shifted.”

Miners generally still won’t let themselves be too distracted by the blizzard of new tech landing all around them. But as the forum this week heard, they are under increasing pressure from investors and other stakeholders to become a lot more efficient, and greener, and technology is at some stage going to play a much bigger role.

Sentient has more than 40 employees – a bunch of young programmers, artists and designers, and product specialists, plus “uncle” Doug – and a client list headed last year by Rio Tinto, Fortescue Metals Group, Shell and BHP.

“We can use that environment in an operational sense to help work, plan [and] maintain equipment … which is not really a digital twin, more of a digital interface; they’ve already got the data and we’re giving them a nice environment to connect to.

“It is also a very powerful tool that you can use to communicate. It’s a really good environment to get people to visualise and understand … what you’re planning to do, or what you are doing.

“The technology is so powerful, and there’s so many things you can do with it, you’re pretty much at the mercy of what the customers want to do.

“One of the problems with this is the environment is so rich that [we] end up with a lot of different solutions but not one product.”

More than 70% of Sentient’s revenue is generated on or around a game engine, from training, digital twins or interfaces, interactive presentation tools, and process control and IoT applications.

Asked at the forum about opportunities to connect gig workers – from operators and maintenance specialists, to expert “gamers” remote controlling vital equipment – Bester said it was all certainly technically feasible. “No problem,” he said.

Opening up autonomous control systems to the gaming industry?

“My opinion is that it would be massively beneficial to engaging the Gen Z’s and millennials,” Bester said.

“The technology is already there; it’s not like we don’t drive trucks in games.

“One of the games involving driving trucks in Canada has one of the best physics engines I’ve ever seen.

“It’s really just about the mindset of … probably the people in this room, to take that jump.

“[But] if you can put significant controls in place, why not? It won’t be a technical problem.”