Geometallurgy challenge not getting any easier for today’s miners 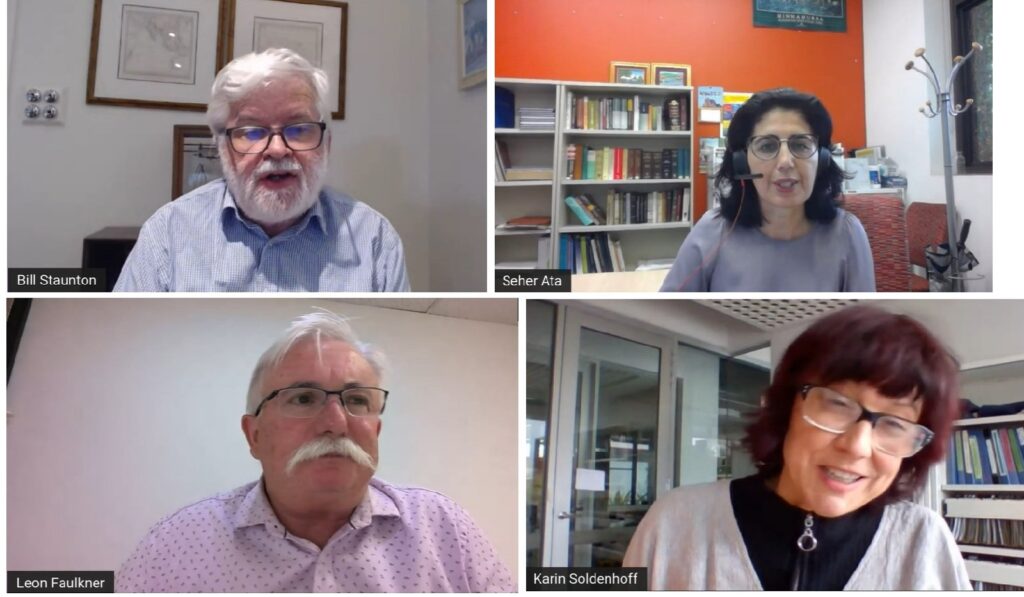 Miners have proven adept at dealing with technical challenges over decades but have massive non-technical uncertainty that they have to try to factor into current future-facing strategies, an AusIMM International Future of Mining 2021 conference session heard. “We have to invest for the future, but we have to guess what that future is,” said an industry veteran.

They suggested a number of mining companies were proactively assessing, and encouraging development of, alternative processing technologies for future scenarios that might see – almost certainly will see – increasing water and waste restrictions, decarbonisation of energy and other process inputs, and greater demand for environmentally friendly chemicals and reagents.

But the reference to elevated uncertainty levels spoke to the current rate of technological, social and market change clouding near and longer-term future demand, capital allocation, cost and even talent recruitment scenarios.

“The technical side has to be solved but the social licence side is becoming much more important these days,” he said.

However, key junctures seemed to have been reached on a number of fronts and changes influencing what lay ahead in each direction – people, energy, technology, social licence – were arguably different to any other time since the start of the industrial revolution.

“I can see that most of the topics we’re covering here are the same as I’ve seen through my career,” Staunton said.

“But the emphasis has changed.

“And the challenges have changed as reality has slapped us in the face.

“Energy efficiency is a particularly good example because if we go back 10 or 20 years, particularly in the gold space, the issue was would energy [availability and price] become a rate-determining factor in processing. Grades were dropping and … perhaps we would have to really focus on minimising energy use otherwise it would just simply be too expensive.

“The emphasis now is on decarbonisation and the challenges that presents to us in the next 10 or 20 years. And if we look beyond that, some people say it will be a different energy space where we have incredibly cheap energy, at least in certain areas of the world, if the promise of technologies that we see coming in the decarbonisation space actually eventuate.

“But before we get to that golden era of cheap energy … we’re going to have to transition through that space of perhaps quite expensive and challenging energy supply as we decarbonise [because] … we don’t have all the technology we really need and we’re going to have to look at how we manage what we might call stop-start energy availability.

“That might mean we have at the crushing stage a much finer product that we stockpile during the daytime. Because it’s finer it requires less milling energy at the back end of the comminution circuit and could be processed at night time.

“This is all speculative but the sort of thinking we need now.”

The panel suggested scale was another old theme being re-examined through new environmental, social, cost and market prisms.

Faulkner said investment to resolve longstanding technical challenges related to insitu recovery of minerals, mainly around chemical use and ground security, was increasing as the method came to be seen as a low-cost, low-carbon way of recovering minerals.

Smaller companies with limited access to capital markets were also likely to be at the forefront of ‘niche’ mining sectors such as rare earths, necessitating new ways of looking at funding, maybe exploration, mining and processing, and then attracting and retaining skilled people.

Soldenhoff said the period of the COVID pandemic had highlighted vulnerabilities in modern supply chains, including in the rare earths space.

“China 30 years ago was essentially just exporting a mineral concentrate,” she said. “Now it’s the only nation on this planet that is involved in every single step of the supply chain. And that’s a challenge for everybody else that wants certainty of supply.

“The industry as a whole is talking about production of 240,000 tonnes of material a year, which is miniscule compared to some of the other metal industries.”

Soldenhoff said the size of companies charged with leading development of not only new mines and markets but also downstream activity raised questions about available leadership and skills, as well as the standard ones related to funding and innovation capacity.

“Perhaps what we’re going to have to look at is the whole issue of more selective mining, and I know that always provides a little bit of a cringe factor for miners,” Staunton said.

“But we might have to, with the development of better sensors, be more selective in our mining to deliver a smaller quantity of higher-grade material to the mill.

“Not only is that going to be determined by energy and overall cost, but of course the other factor that’s risen in very recent times is the whole issue of tailings disposal and managing tailings. That’s becoming a licence-to-operate issue. We have to find ways to minimise the total amount of tailings we have to dispose of, and also to minimise the amount of fine tailings, which is the really difficult issue. And that comes back to how we process and grind the material to process it.

“It’s really going to be a challenge because as we put in those extra steps inevitably there’s going to be recovery loss, and we’re going to have to trade off recovery loss against less energy use, and less fine tailings disposal.

“The energy issue has always been there, in different forms.

“The tailings issue is the new driver – the tail wagging the dog. Luckily there are a lot of technologies being developed, as well as actual technologies. It’s a matter of us being brave enough to apply them.”