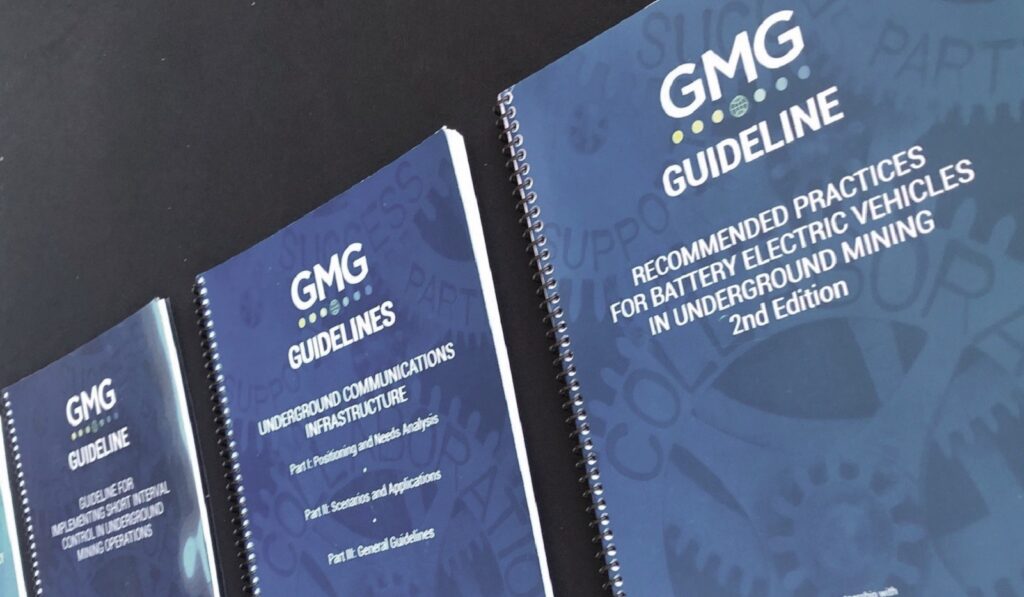 Enduring barriers to mining’s shift to technologies that will evidently be needed to combat rising costs and environmental pressures were again put under the spotlight in “critical” early 2022 discussions involving representatives of many of the world’s leading mining companies.

The 10-year-old GMG has many of the world’s largest mining and mining supply companies as members.

A GMG report on the meetings says a range of technologies with clear safety, efficiency and environmental benefits face adoption hurdles that have been evident for some time.

“Mining is not typically an agile industry, and different players are advancing at different speeds, resulting in a self-perpetuating technology gap,” the report says.

“Many operators identified that they need the basics first before adopting advanced solutions and technologies.

“An evolving regulatory environment and regional differences add a layer of difficulty to adopting new technologies and establishing common practices.”

The final obstacle gives larger miners with an international spread of operations an out if they are looking for one, though other industries using technologies to systematically improve operating efficiency and safety seem oblivious to “regional differences”.

“Adoption of autonomous systems is increasing and was identified as a priority across many groups, driven by the safety benefits automation can offer, an increase in remote work, and a decrease in people entering the field,” the GMG report says.

On data integration and management specifically, the report indicated data coming in from diverse sensors and sources was both a major “pain point” and an “especially important” safety inhibitor.

“Equipment telemetry data is a primary concern,” it said. The industry has been making improvements in this area for the past 25 years.

Workforce transience and knowledge and skills retention have been persistent problems for miners. Now, “with rapid changes in technologies, there is a need to frequently retrain or recertify personnel with new skills”.

The report contains other reminders of the clear need for greater collaboration within the mining industry on uniform operating and reporting standards that can improve its ESG and investment credentials – versus other sectors competing for capital, people and social license.

“There is a lot of variation in operational processes across – and sometimes within – sites,” GMG’s report says.

“This challenge is exacerbated by mergers and acquisitions where entirely different operating strategies have to come together. While some variation is inevitable due to several factors affecting the operation – for example, region, product, technological readiness – consistency at a high-level can help to enable many other improvements, [such as] technology adoption, reliable data-driven decision-making, benchmarking, meeting performance and sustainability targets and goals.”

At a more technical level, “there is a need for a common language at a high-level in many areas; for example, common language for data types, IT/OT systems and how they integrate, performance metrics and KPIs”.

“How to collaborate to enable mutual advantages across the industry, particularly within the context of the GMG community, was discussed in most of the roundtables.”

The usual solutions were proposed, but it is clear the industry needs to be bolder given the speed of change across many fronts over the past 30 years or so.

As in the larger surface mining segment of the industry, underground mines face a range of familiar, and some emerging, challenges, including “underground connectivity, using automation to reduce personnel required to be underground, and long-term considerations around underground electrification”.

“Technology adoption was identified as a challenge, particularly in terms of disparities between larger and smaller companies,” the GMG report says.

“Sharing case studies would be beneficial to justify the use of technologies and processes.”

Standardisation and common language were identified as “an overarching approach” for dealing with many data-related challenges, especially around integration and data quality and reliability.

“Common language is a collaborative focus [for the industry],” the report says.

“Many operations are facing [data] integration challenges due to having multiple vendors and contractors using different systems with many layers of reporting.

“There are a lot of distractions in the mining environment due to integration challenges [including] multiple screens making it difficult to operate equipment.

“There is a growing interest in using advanced systems and analytics such as AI models to process data, but it is essential to be ready for it … [to] understand what the models generate, make sure that traceability is clear, and that probabilistic models don’t compromise safety.

“These models also need to be used according to how they were designed; that is, not processing data that they were not trained on. Many operations are not yet at a high enough maturity level to successfully adopt them, and they need a foundation of the basics first.”

The GMG says decarbonisation should be viewed “like safety, where you don’t try to build competitive advantage in it”.