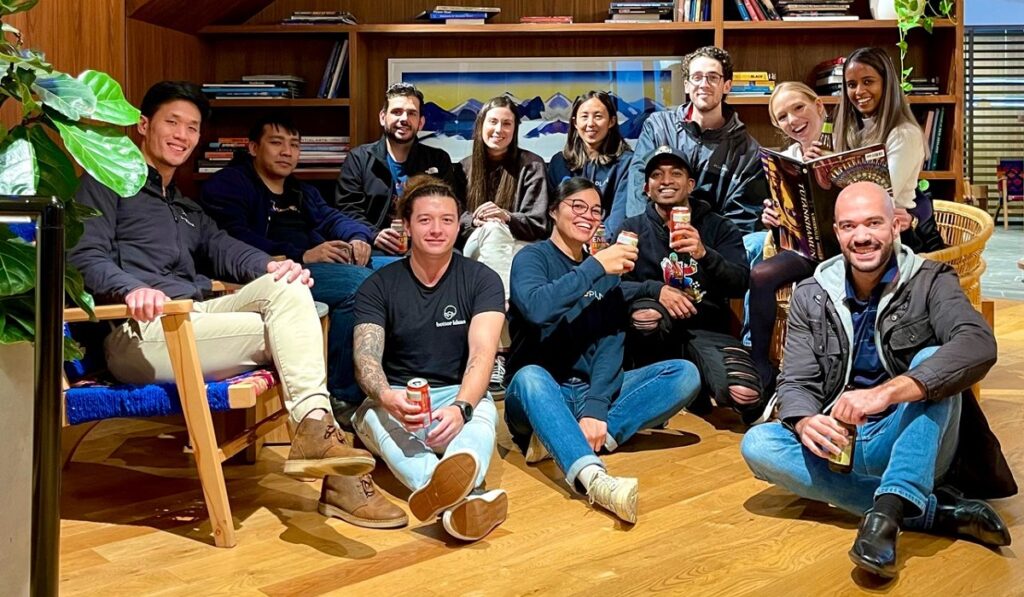 If it keeps growing at its current rate CorePlan is going to need a new office long before the neighbours on King Street have worked out the meaning of the gongs and celebrations coming out of the top floor at number 33.

A year ago the drilling software company’s team had swelled to 14. Now it’s 24 and founder Alex Goulios and COO Sachee Perera are actively scouting for more recruits. The small tech company only moved into its new digs in Perth, Western Australia, a month or so ago.

CEO Goulios wanted to mark the signing of new clients with a “gong party” and the team found the right instrument for the job. And they’ve kept the milestones flowing. More than 50 companies are now signed up to CorePlan, the company’s Software-as-a-Service (SaaS) drilling management product, up from three at the end of 2020.

The recent addition of leading drillers such as ASX-listed DDH1, and Kalgoorlie-based Topdrill, and several billion-dollar-plus mining companies, has given extra cause for revelry.

Topdrill is among the CorePlan users selling the advantages of “digital transformation” to its clients, featuring the supplier’s name on its website: “CorePlan includes an intuitive mobile app for our crew to fill plods, and a web portal for both supervisor review and client approval. CorePlan has developed their product to suit our needs, particularly the data we can access for use in our own interactive dashboards. Issues with plod submissions are flagged and rectified in real time rather than weeks later.”

A senior manager at DDH1, one of the world’s biggest drilling contractors, says working with the “dynamic CorePlan team has … been a game-changer” for the company. “We have begun our transformation into the modern plod system and our client base have received it well,” general manager Peter Crennan has said.

Surging mineral drilling activity, in Australia and other mature mining jurisdictions, and the industry’s progress down the process and operations digitalisation road – accelerated by an influx of ‘zoomers’ and millennials – is presenting opportunities for companies like CorePlan that didn’t exist 10 years ago; maybe even five years ago.

Goulios says elements of CorePlan’s products emerged more than a decade ago, when he was working with Australian-based mining consulting firm, CSA Global.

“The core of this we could have built as a SaaS back then, but the market wasn’t ready. There needed to be a huge change,” he said.

“There’s still a lot of maturing in how people buy SaaS products in mining … that needs to happen. The pandemic helped. I dare say it’s probably more on the mining side than the drilling operations, because sometimes we see that the drillers are very entrepreneurial and they get it.

“One of our early adopters picked up the product without any training.

“The bigger companies … want to transform their business. They’re not just looking for digital transformation. For them it’s not easy to go, okay, we want to change our solution. The bigger guys really have to put a lot of thought to it. They have to align with a SaaS model, too … They’re often more used to the heavy enterprise implementation, [heavy] capital cost model, as for ERP systems.

CorePlan, which is chaired by the former long-time managing director at CSA, Jeff Elliott, has been bootstrap-funded so far and will likely look to bring in an equity partner in the next 6-12 months. It is said to have trebled sales in each of the past two years, growing organically into offshore markets in Africa, Asia and North America off its large domestic customer base.

Perera says most of the expansion has come via word-of-mouth and the network of Goulios, Elliott and others in the business. More active business development and marketing is still to come, he says.

“We need to make sure that if we’re going to chase a new market we’ve got the product right, we’ve got our sales engine set up correctly and the marketing functions as well,” Perera told InvestMETS.

“We’re getting to the stage where we are now looking at North America, South America and parts of parts of Africa to expand into. But that’s still work in progress.

“There are definitely going to be different challenges in those markets because the way they operate is different to how a drill contractor here in Australia works. From what we understand our drilling contractors are way ahead in terms of technology, compared to other markets.

“For the last 12-to-18 months, we’ve been focusing heavily on acquiring drill contractors, both mid-market and the tier ones that come to us. We’ve been getting exploration teams that have organically come to us as well, without any sales or business development.

“The next step is to more actively go to market on the exploration and mining side to bring more logos onboard.”