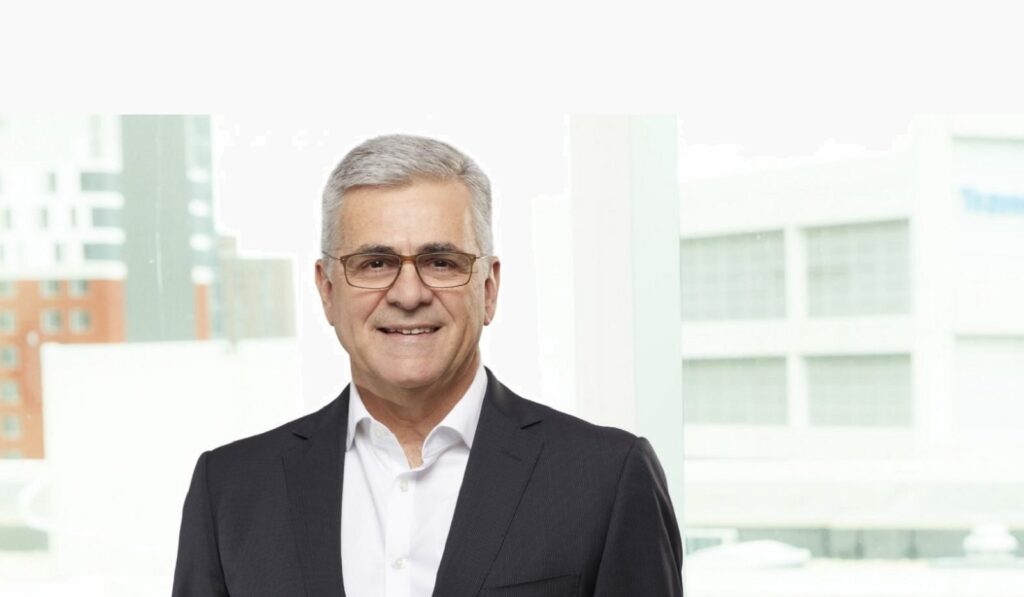 It’s been a slow and at times arduous build for Ausenco, but years of strategic focus and development in the Americas, and in metals such as copper, could soon deliver a major milestone for the 30-year-old engineering company.

Last year saw the Australian-headquartered Ausenco’s revenue surge ahead of its previous peak, a decade ago in 2011 at the height of the global mining industry’s last development investment spike. This year the company’s accumulated consulting, project delivery and operations/maintenance contracts are set to produce A$1 billion of annual revenues for the first time.

CEO Zimi Meka, at the helm of Ausenco since 1999, is a believer that the robustness of the business is more important than its size and in any case high commodity prices are lifting a lot of boats in the mining equipment, technology and services (METS) space. But the growth momentum vindicates long-term investments in positioning and development in the North America and South America markets and certainly the top-line number marks a significant turnaround from five years ago when Ausenco was reprivatised amid ailing financial returns as mining investment hit its cyclical nadir.

“We had a really big business development push in North America from about 2016 to … 2020, where we really pushed ourselves into that Canadian and North American market.

“But it was back in 2008 when we bought 4-5 businesses in the Americas, which gave us a footprint; and they were ports and terminals businesses, heap leaching businesses, long-distance slurry pipelines, and so on … We did that in 2008 but I think we only started to see the benefits coming through when we had the structures in place, the people in place, and the networks, and we’d done the business development.

“Finding a better way – trying to be more efficient in terms of the mine footprint, in capital cost, energy use, etc – has always been Ausenco’s mantra since we started in 1991, and that has also really started to get more traction in the Americas.

“Through finding a better way, and doing things differently, we’ve managed to take market share. We’ve taken a lot of market share – a lot – and that’s been a big part of our growth.

“This will probably be our biggest year.”

Meka says Ausenco’s streamlined company structure and focus – nearly all back on minerals and metals now after forays into petroleum and non-mining infrastructure – are delivering better results and have potentially made the business more “cycle-proof” (time will tell). “We figure we know mining pretty well; we reckon we’re okay at it,” he says. “Let’s just get better and better at it and be [the] No.1 stop for everybody: that’s the way we’re approaching it. We’re not going to go off and venture into all sorts of industry service lines.”

Ausenco’s growing global consulting business has broadened the company’s exposure to early-stage projects; “project delivery” continues to add to a strong backlog of copper, gold, silver and other metal projects in Chile, Peru, Mexico, the US, Canada, as well as Australia; and the company is building its mine remediation, closure and rehabilitation market presence. Meka says: “We wanted to work with mining companies over a longer life-cycle and that’s what we’ve done through this focus on consulting, environmental studies, project delivery and closure. We are there for the whole journey.”

The COVID pandemic has posed problems for Ausenco as it has other mining service enterprises. Meka cites the US$1.6 billion greenfield Mina Justa copper project, about 400km south-east of Lima in Peru, as an example of where the company’s “structural” emphasis on local offices, leadership groups and teams shone during the pandemic.

“We had 4000 construction workers at Mina Justa that we had to demobilise, mobilise, introduce new protocols [Mina Justa Prevention, Surveillance and Control Plan] and testing, and then still finish the thing,” he says.

Ausenco worked for owner Marcobre on Mina Justa through all phases of development through to execution of the engineering, procurement and construction management contract during 2021. The project was commissioned through the middle of last year and started commercial production in the December half.

“There has been quite a lot of activity through the pandemic,” Meka says.

“So far we haven’t really seen significant delays, but we’ve seen cost growth. Global shipping costs were up more than 40% [during 2021]. There was cost growth on structural steel about a year ago but that’s come off significantly. Now we’re starting to see the impacts of manufacturing … and the impacts of high commodity prices, like copper for cable, etc.

“Now we’re starting to see wage growth pressure, pretty much all over the world, so we’re expecting that will intensify over the next half at least.”

Meka has seen and felt the fickleness of metal price cycles over decades so won’t be getting carried away with current nickel, copper and lithium market volatility. Given the demand for these and other minerals projected over the next decade or so, though, the pricing won’t hurt study and development impetus.

“As long as we continue to decarbonise the planet, which seems likely to be the case, and as long as the Ukrainian-Russian war doesn’t escalate into something crazy, I think we’re on a pretty good growth path,” he says.

“Specifically for base metals and battery metals, and precious metals with all the uncertainty.

“We set ourselves up for the copper side … about eight years ago. We could see that coming, and so we really pushed into Chile and Peru and picked up a lot of beachhead copper projects there.

“We’ve done a lot of copper business in the last 7-8 years.”

Meka talks to various types of investors, from smaller private equity to larger institutional, in New York – where he is based a lot of the time – and elsewhere, and doesn’t see anything diverting the course of ESG-driven funds flowing to companies and industries exhibiting the right environmental, social and governance credentials. “Green” metals, even gold, will also increasingly be sought by manufacturers and end-consumers. A number of mining company leaders “get it”; some don’t. “The industry has a lot of very pragmatic, logical, sensible people,” Meka says. “When the logic doesn’t line up with [external] perceptions of the industry the response can be, I’ve got to be right because logic tells me so. But this isn’t about logic some of this, it’s about perception.

“We still have clients talking to us about sub-sea deposition of tailings in the ocean. Okay, they might be able to permit it [in some places] and technically it’s probably ok. But, really? The optics of that is just not on, I personally think.

“You’ve got some mining companies that can just see the opportunities. Decarbonisation, for example, is not a negative. It’s an opportunity for us as service providers and for the industry in general. Whoever leads the pack is going to attract the investment dollars.

“We’re seeing the grades of big copper projects falling. Twenty-five years ago we were at 2.1%; these days we’re around 0.3-0.4%. With some gold credits you can be down as low as 0.28-0.3% – that’s garden soil by comparison. So to get the same metal production we are pumping tonnes through and the plants are getting bigger and bigger and bigger, just to process dirt with nothing in it.”

Meka thinks new equipment, methods and technology such as ore sorting – coupled with the right orebodies – coarse particle flotation (CPF) and dry-stack tailings can and will have a significant impact on operational footprints, wider environmental impacts, and project economics over the next decade.

“For me, those three things will make an enormous difference to the cost and how we process material at big tonnage,” he says.

“And then the whole remote [operation paradigm] and semi-autonomous trucking and trains, and electrification … There is just a pile of benefit to come out of that.”

Logically, he believes, the economic and technical benefits, as well as ESG conformity, will become ever-more compelling.

The company’s 2016 exit from the Australian Securities Exchange after 10 years in the public arena saw Resource Capital Funds (RCF), which converted some debt to equity, emerge with management as dominant shareholders in the privatised entity.

Asked if North America loomed as a more attractive potential future exit avenue than Australia given the depth of its capital markets, Meka said: “I think given that so much of our revenue is offshore and the fact that we do so much work in countries that are better understood by the overseas market than the Australian market … we’re better suited to an international exit.

“Australia is the most competitive market for the METS sector globally. There’s a lot of competition here.

“Whereas offshore you’ve got the majors [engineers] but mining is only a small part of what they do.

“We might compete against very large engineering companies but mining is only a small sliver of their revenue. They are really oil and gas or infrastructure focused companies, whereas we specialise in what we do. I think that works in our favour.”