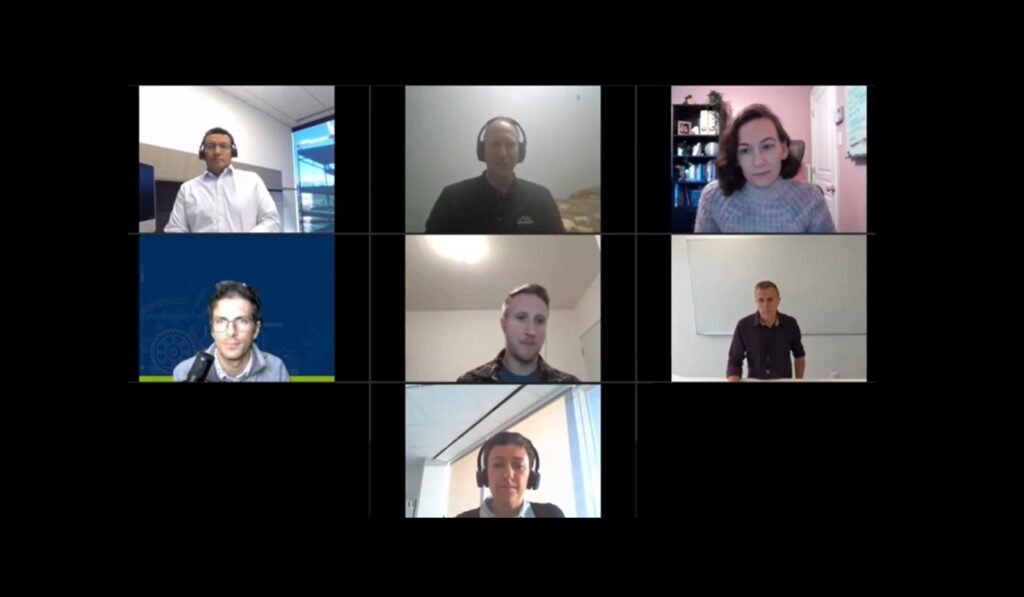 Artificial intelligence is playing a role in discovery but widespread commercial use and application of the technology in mineral resource modelling is being slowed by mining industry hesitancy, according to geoscientists on a recent panel discussion and webcast.

Lucy Potter, a Montreal-based geoscience professional for more than 20 years including over a decade as global head of geology and mineral resources with Glencore, said “first-mover” hesitancy was evident despite indications of the cost and time-saving benefits of AI and machine learning (ML).

“A lot of the geological community shows discomfort with it [AI] because not everyone understands it,” she said. “They don’t know if they are ready to make the leap; they don’t know if it’s going to give them geologically reasonable results; and then you have regulatory and investor hesitancy.”

“I think the regulatory piece is a big deal and I think until there is a little bit more guidance on how to establish confidence around these tools, we will still be in that proof of concept / pilot stage,” she said.

“If you did develop something that could create an automatic resource model [and] resource estimation, and you show that it’s … 95% as accurate as traditional expert [estimates made according to] the current regulatory regime, I don’t think there is a way you could get that approved because of the QP [qualified person] you need at the end,” Denver-based Cantor said.

“It’s a tough industry to be cutting edge in“

“Maybe the simplest solution is AI does that first 95% of the work for the resource estimation and they [geoscientists] take it the last 5% of the way and then they put their stamp on it. As long as they know how the tool is being used, everyone is happy.

“It’s untried territory … It’s a tough industry to be cutting edge in.”

Caciagli said there was no doubt machine learning was already contributing to discoveries. Companies such as GoldSpot were paving the way for AI implementation to make mineral discoveries faster, “pushing the boundaries of how technology can enhance geological decision-making”.

“Machine learning tools have been immensely useful in ingesting huge quantities of data and organising that faster than we could have people doing it,” Caciagli said. “They take away the grunt work, making it faster [and] cheaper and giving geologists more time to be geologists and less time to be data collectors.

“We need to have a way to put precision and confidence limits, and understanding of what risks are, around these models. And [find a way] to measure them. I think that’s the next piece that needs to come.”

Mike Martos, chief geological data scientist at Newmont, said he was using AI to reduce the burden of routine procedures, something the industry wasn’t doing enough of. AI “brings consistency and allows us to use more data”, and can be used to “solve mundane, small problems rather than whole problems or [make] discoveries”, he said.

While the industry was gaining confidence in machine learning, some risk taking was likely to be required to unleash the full potential of AI, Martos said.

“Not a phrase the industry likes to hear, but we are going to have fail fast.”