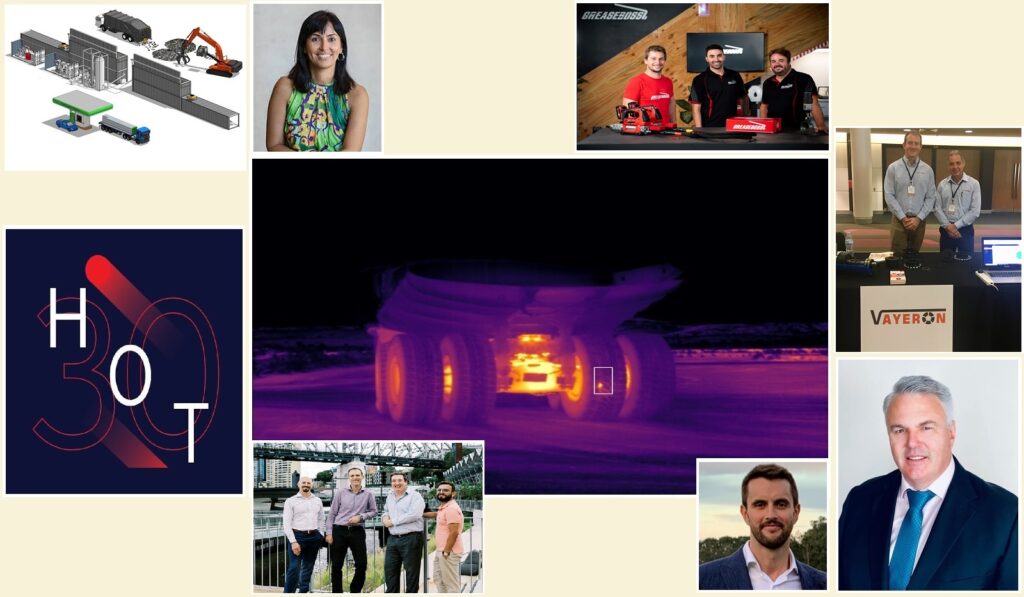 Recognised earlier this month in the CORE Innovation Hub list of Hot 30 innovators, the companies by and large developed targeted solutions for identified pain points in key capital-intensive industries. Some have achieved encouraging early marketing traction while others are looking to build on beachhead sales.

But despite Australian start-up equity financing reportedly tripling to more than A$10 billion in 2021 and the rising tide, as they say, lifting a lot of boats, an explosion of new companies looking for growth funding has kept competitive tension high and left certain types of investors spoilt for choice.

The commonly referred to “valley of death” for start-ups between product development and positive cash flow from product sales has most of the nine companies spoken to by InvestMETS seeking bridging and other funding.

Mahmood Hussein, who founded Global Drone Solutions in 2016 when drones were just taking off in mining in his home state of Western Australia, and elsewhere, said the company’s key challenges were, not surprisingly, access to finance and people.

“We have bootstrapped this business which has slowed the growth, but on the other hand, we don’t have to answer to anyone, which allows us to be very agile,” he told InvestMETS.

Tim Snell (below right), who heads Pitcrew AI, said early bootstrap funding of the business was limiting as it started to scale. Pitcrew AI is targeting 30 installations of its automated mining truck-tyre inspection offering by the end of this year. “Our challenge for the next year is to complete a funding round and grow the team significantly,” he said. 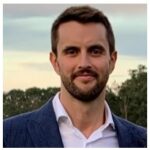 The company has been working with Australian mining software leader Maptek on its Maple program to issue carbon offset credits for tyre repairs conducted after damage is detected early by Pitcrew AI.

CEO Greg Perkins said a number of companies had shown interest in partnerships to build a commercial demonstration plant by 2023, using Wildfire’s MIHG technology to convert biomass and waste material into energy products. The company is aiming to upgrade its pilot plant to produce fuel cell-grade hydrogen for a hydrogen-powered vehicle by the end of this year. Perkins estimates the total addressable market at about 100,000 projects globally, with a realistic service available market of 10,000-20,000 projects.

Two-year-old Queensland-based GreaseBoss, recognised by CORE as its 2022 Hot 30 Innovator of the Year, benefitted from an early funding injection when it took part in the Silicon Valley accelerator program, Y Combinator. The company has delivered a fourth-generation product. It plans to pursue an initial round of venture capital funding in the next 12 months to effect an aggressive domestic and offshore growth strategy.

Another Hot 30 winner, Vayeron, is battling the global “Chipageddon” shortage of computer chips as it pursues its fifth straight year of 100% annual growth. CEO and co-founder Ryan Norris remains confident of hitting the mark, citing a “strong order book with a number of global tier-one mining and metals business from around the world”.

He points to the “US$1.5 billion lost every year in Australia to belt conveyor production delays and more than US$20B globally” as a key market driver for Vayeron.

“There are over 500 million bearings in our target market [conveyors] around the world and each individual bearing is a potential point of failure and carries latent risk which could result in a catastrophic incident,” Norris said.

“Each year, about 1.2 million conveyor rollers are sold around Australia into the bulk handling operations that rely on them. These components are treated as consumable, wear items, however, they are critical to the productivity of the conveyor system. Our technology allows them to become a key operational asset which can be tracked with accuracy and anchors these rollers to the digital world for far greater operational insights on the conveyor system.”

Sentient Computing founder Doug Bester (below, middle) is another who sees big opportunities in integrated infrastructure and technology investment that is accelerating in mining and other capital-intensive industries. 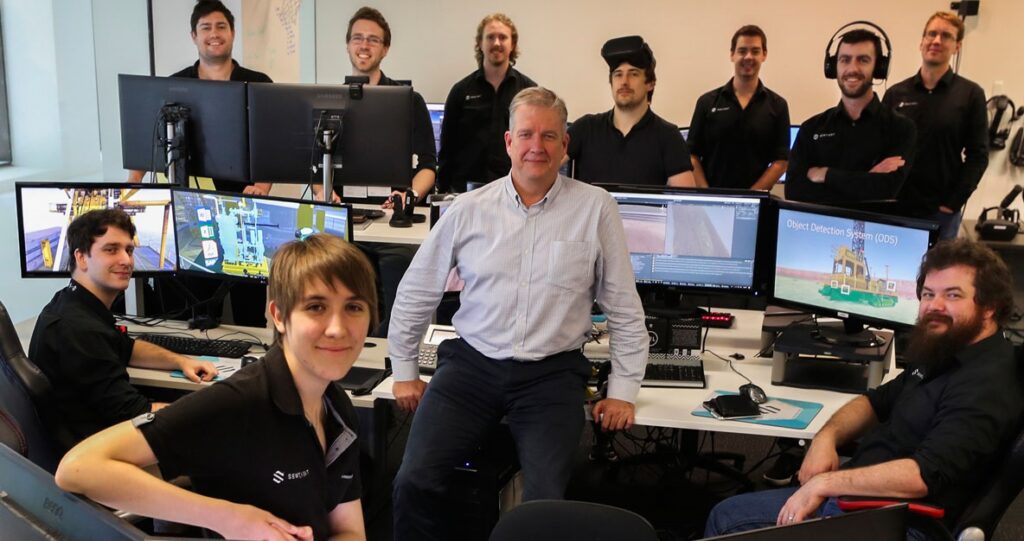 After more than 10 years building virtual worlds for large resources companies, Bester says he had a lightbulb moment watching his children play video games. The level of immersion got him thinking more about higher levels of interaction with data sources in simulated operational ‘twins’ in mining. Western Australia-based Sentient is aiming to launch its first commercial digital twin product, InDI (industrial digital interface) – five years in the making – later in 2022.

“The mining technology market is huge,” Sentient’s Mandy Chapman said. “Nearly US$2 billion worth of transactions were completed in the last two years.

“We believe the market will only continue to grow as the pace of digital transformation accelerates and miners seek to reduce supply chain complexities and simplify the digital platforms they work across.”

“Industrial internet-of-things adoption is accelerating and various technologies across a number of vendors are being pulled into centralised platforms that aggregate the data and allow for sophisticated machine learning or AI analysis to occur based on the birds-eye view of all the connected assets and how they interrelate with each other,” he said.

“The industry is moving towards having all of the independent subsystems of an industrial site working in harmony with one another and cause-and-effect becoming more predictable across the various asset functions. This allows for greater efficiency, productivity and overall use of energy.

“All equating to greater profits for the organisations that achieve this level of operating Zen.”

While a start-up deluge is giving investors plenty of options there is also a sense that a bewildering array of technologies is hitting the market and that mining companies are not ready for a lot of it.

“There is so much technology available … that it is difficult for companies to find the right fit for their site,” said Broadfoot.

“There can also be a stigma that technology should fix everything, so some sites can be sold on buying more technology instead of sitting back to evaluate the challenge in its entirety.”

Intov8 is working with mining companies to better understand if and where technology has a part to play.

He said in 26 years in the predictive maintenance field he’d brought various online monitoring products into Australia. While autonomous systems had become available, “they all have their limitations and I certainly would not trust them without some human intervention”, he said.

“They key is to find the perfect blend of automation with human supervision.”

Alert is moving to launch a second-generation hardwired online monitoring system in the market, paired with its handheld data collector, and advance development of its wireless monitor.

Decarbonisation in mining is another trend creating opportunities for new firms.

In 2019 Natalie Hurtado was among more than 600 teams from 62 countries competing in the Global Business Challenge competition for postgraduate students run by the Queensland University of Technology, the University of Queensland and Griffith University, with support from government and industry. Hurtado’s ARTEH team developed new emission assessment and reduction certification tools that also help companies report on their activities at required levels.

Their runner-up prize helped set up the ARTEH business while “some doors opened to us at UQ”.

“I see a great opportunity in Australia because this is a country where the mining industry is so economically important,” Hurtado (below) says. 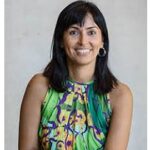 “As our business aims at decarbonising the sector and providing a clear and fast way to become net-zero, I think Australian mining companies, especially the smaller ones, can benefit from ARTEH services by acquiring recognition as green-metal companies and growing their share value.

“The addressable market for ARTEH is huge because it encompasses any company that needs to transition to net zero, demonstrate it, and monitor its performance before investors, regulators and sometimes customers. Our beachhead market is the Australian-listed mining companies and, after that, we plan to move to other sectors and regions beyond Australia.” 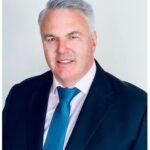 Barely a year old and with the usual “money, people and time” challenges, Decarbonology is nonetheless not shy about its plans to be “five times bigger, open new offices and grow the investment portfolio” this year.

“This is a developing industry worldwide that will impact all companies sooner or later,” Edwards said. “All supply chains will change, and this directly impacts exporters.

“The most significant impact in this segment is transformation of supply chains, restructuring of global production, global transformation of energy, transport and logistics reconfiguration as companies aim to slow or reduce climate change.”