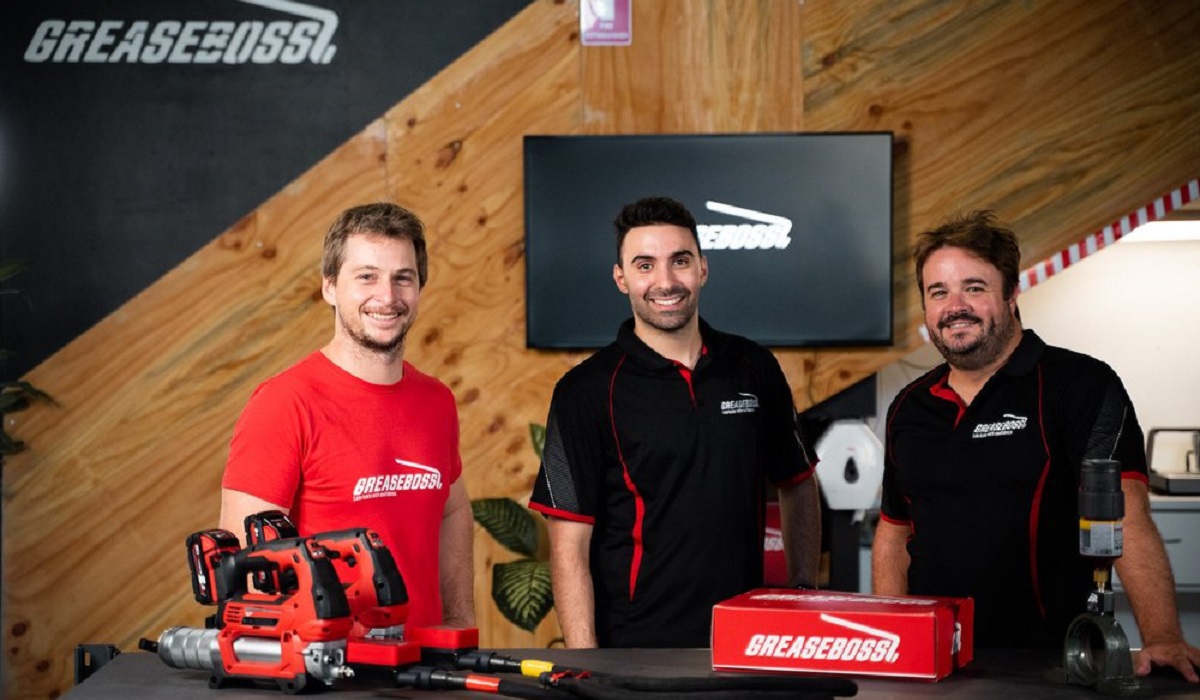 Where maintenance technicians see grease nipples – 40 on a mining excavator, or a farm tractor; maybe 2000 at a mine; 100 on a super yacht – Steve Barnett sees opportunity. “We would like to see a GreaseBoss tag on every grease point around the world,” the company co-founder and CEO tells InvestMETS.

That’s a lot of grease points and maybe US$21 billion of opportunity.

GreaseBoss, a two-year-old start-up with nine employees based in the Australian state of Queensland, was recently recognised by Australia’s Core Innovation Hub as its 2022 Hot 30 resources Innovator of the Year.

The company has already gained US investor support and has a plan to “build things fast” over the next 12 months. “We are swinging big but we believe the prize is big and there’s not any other way for our type of product,” Barnett says. “Our product is high margin, it’s got recurring revenue, we fully own the IP, we have a global market, we have a number of verticals and we have a highly flexible and engaged supply chain out of Australia.

“Greasing underpins the economy. It’s almost like what a USB drive is to a computer, a grease nipple is to a machine. It’s on everything.”

Barnett describes GreaseBoss as an internet-of-things-enabled lubrication management system for miners and heavy equipment owners. By monitoring equipment lubrication and providing advance warnings of any greasing problems, it can prevent machine failure and maintenance costs.

“Our early customers told us that the problem was large,” Barnett said at the recent Energy and Mining Technology Investment Summit in Sydney, Australia.

“Someone reckons it’s $21 billion [according to the Wall Street Journal].

“I’ve never counted all the grease nipples in the world, so that’s up to conjecture, but I can tell you that one hour of disrupted production [at a mine can] cost about US$500,000. The current state is that the costs are accepted despite the customers knowing the leading cause of downtime is incorrect lubrication. We provide the system and the platform to ensure that everything is lubricated correctly.”

Barnett, who spent more than 13 years working at Weir Minerals, saw greasing problems consistently resulting in costly machine downtime. He says the solution was often to commit more manpower and mine managers “just accepted it”.

It wasn’t until Barnett met GreaseBoss co-founders Tim Hall and Peter Condoleon in 2019 at an Australian mining industry challenge event, or hackathon, that a business concept was hatched and they formed the company in January 2020. GreaseBoss had its first purchase order a month later. Feedback from customers was overwhelmingly positive and the founders could see a vast opportunity.

Diversified miner and metals company Glencore was an early adopter. It was soon joined by the likes of Holcim, Tomago Aluminium, Rio Tinto, Newmont and Thiess.

GreaseBoss has delivered a fourth-generation product. The company is using a SaaS business model where customers can pay annual fees per grease point. It’s priced “so the maintenance guy can buy it on his credit card”.

“Mining is currently about 60% of our sales but this is where most of the innovation is happening,” Barnett said. “That’s why it’s important. We are looking for partners to collaborate with and they are just natural partners.

“We have a team that’s passionate about solving problems and so GreaseBoss has set us up on a path which continually enables us to solve more problems. We have a particular skillset and knowledge in industrial reliability so we are going to focus on problems all around to prevent downtime using technology. We’ve got a number of additional products outside of grease that we are working on.”

The company has a research and development laboratory on the Sunshine Coast north of Brisbane and plans to keep its Australian-made tag.

However, moves are afoot to expand into the US next year. GreaseBoss was the only Australian firm among 17,000 international participants to gain entry into a Silicon Valley accelerator program called Y Combinator, receive a US$125,000 capital injection and three months of online mentoring, and be given a chance to pitch to private equity investors.

That enabled it to raise $1.8 million.

GreaseBoss plans to pursue Series A funding next year to support its aggressive growth strategy.