Industry must be open about technology challenges, data, summit hears 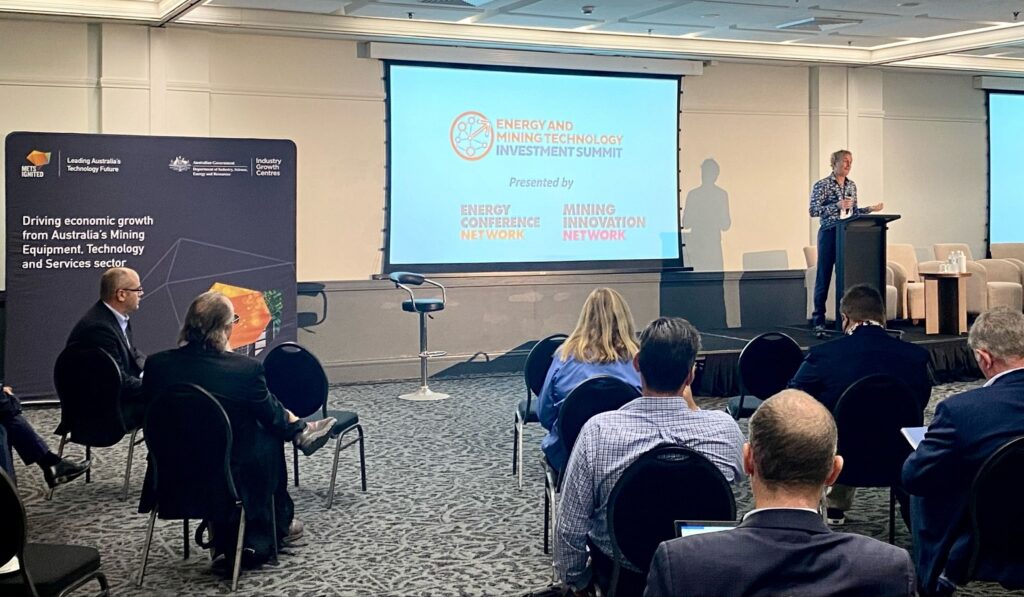 Ratchet up information supply about technology problems that need solving to give start-ups a better sense of the technical challenges – and opportunities – in industries such as energy and mining, an industry executive urged his peers at the Energy and Mining Technology Investment Summit in Sydney, Australia.

“There’s a massive gap of information there … It makes it a lot easier to start innovating if you were told there was a massive problem a company is really interested in and willing to pay a lot of real money if you can solve it,” Woodside innovation engagement manager Rob Affleck said on a panel addressing factors driving innovation to address pressing industry challenges.

“This is something that we, industry, have to take a lot of responsibility for – not pushing out enough information about our problems and challenges into the ecosystem so that start-ups can be attacking those problems and innovating and working on technologies to solve them,” he said.

“Historically we haven’t been good enough. I think a big thing you need to do to grow the innovation ecosystem is being more open about where the opportunities are. Some opportunities come from people developing a solution that the company doesn’t know it needs yet – that is fantastic and we’d be interested in those – but we have multi-billion-dollar problems that we would love help solving.

“Fixing that information asymmetry, making [people] more aware of where we need innovation … [and] there is a pot of gold at the end of the rainbow for anyone that can help us solve it … I think that’s attractive and I think that’s something the industry could do a better job of leading.”

Frank Zeichner, CEO of Internet of Things Alliance Australia, told the summit Australia was lagging behind the rest of the world in adopting technology.

“We [Australia] are slowly going backwards in international competitiveness,” he said. “We are terribly exposed in terms of what we do globally with the goods we sell and to whom we sell them. The [federal] treasury re-iterated in a report just last week [that] we are 87th in export complexity, just around where Burkina Faso is, I believe.

“You can talk about why that might be, and there are many reasons. We are remote [and] collaboration is harder for us. We are a nation where people do it themselves. Perhaps one of the reasons we don’t collaborate well is because some companies and some individuals just get on and do it themselves but don’t share it much. I don’t think in this future world that can work. We really need to get the collaboration going.”

Ulric Ferner, from venture capital firm Right Click Capital, was more positive on the collaboration front. He said he had spent considerable time in the USA “marinating in the start-up ecosystem of Boston” and had seen the differences first-hand.

“One of the things I am really excited about in Australia nowadays is that more [groups] are collaborating with each other which is fantastic and, number two, more and more large corporates – especially mining and energy – are learning how important speed actually is for everyone’s success.

“Often large organisations in Australia underestimate how strong Australia’s start-up eco-system has become. Ten-to-20 years ago it was a bit rubbish but if you look at the rankings of start-up cities around the world, Sydney is very comfortably every year in the top 25. It’s not Boston, New York or Tel Aviv but it’s not actually that far down, and it’s been moving up the ranks very quickly the past couple of years so there are a lot of skills to tap into here.”

Affleck believes more can be done to tap local talent.

“Constantly, when dealing in the VC world, you hear that people need to move over to America to succeed,” he said.

“In the mining and resources sector, we have a massive amount of world-leading capability that we are already seeing. And we’ve seen that build up in a number of digital technology models. I could name a bunch of companies on the ASX, and private companies that we believe are world leading in their sector.

“We have the ability to be a world leader in new energy. We are already a leader in LNG and a number of mineral sectors so I think where we don’t have much capability is – and it would be nice to see this improved – is in value-added sectors, and manufacturing and a lot of hardware technology. I think that’s an area where we don’t see a lot of local capability except in some very niche areas.”