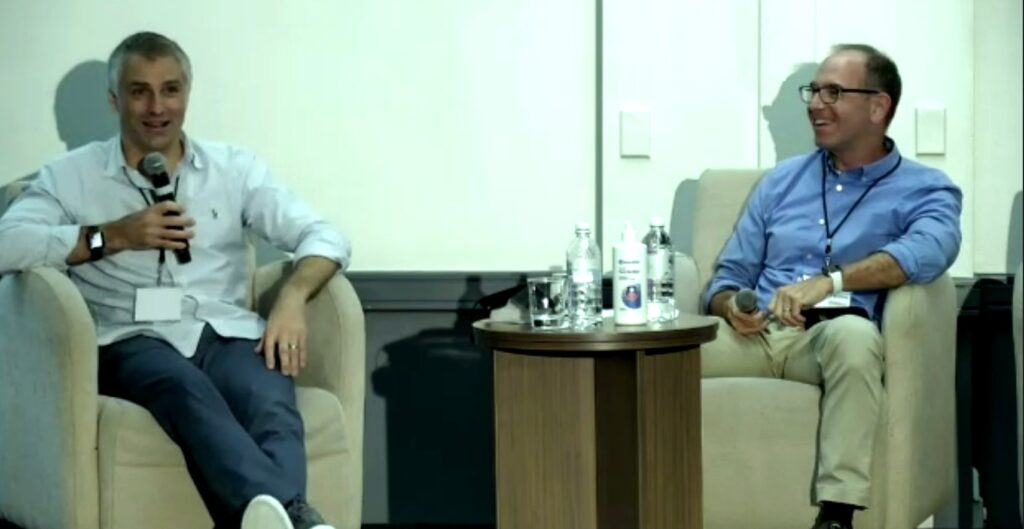 Early access to funding that enabled it to turn a solution to an identified mining problem into a commercial proposition propelled Brisbane-based Emesent down a path that has seen it grow from seven employees to 130 since 2018, this week’s Energy and Mining Technology Investment Summit heard.

Emesent has become one of the most successful companies to come out of CSIRO’s Innovation Fund, managed by Main Sequence Ventures. The fund has helped 16 companies commercialise products in the past five years.

Emesent co-founder Stefan Hrabar told the Sydney summit Hovermap was developed during his 13 years with CSIRO, Australia’s main national scientific and industrial research body. When the start-up was spun out in 2018 with A$4.5 million of funding, CSIRO took equity in exchange for IP. The company won US$1 million last year when it came second in a global robotics competition.

“We were incredibly lucky having that opportunity to incubate in CSIRO,” Hrabar said. “The resources we had access to was incredible. One of the challenges was that CSIRO doesn’t have a standard template way of doing spin-outs so we had to be a trailblazer and work out how to do that with a lot of support from Main Sequence.”

Main Sequence Ventures partner Mike Zimmerman said four-year-old Emesent was well-positioned to expand beyond mining, where it had more than half its current customers including heavyweights such as Rio Tinto, BHP, Barrick and Glencore. He said Emesent was “the most cash-rich company we are involved with”.

Hrabar said further rapid growth for the company was tied to the availability of people and plans to aggressively move into other verticals.

When the technology was first being developed early adopters were non-miners.

It was only when a mining surveyor came to Hrabar and his small team with the problem of surveying large, hazardous voids that a prototype emerged.

“Once we got into a mine, we saw the value for the customer and it became a very obvious use case for us because of the high-value proposition,” he said.

“If you look at those environments, there is no other way to get into them. The previous ways of doing things had all those risks associated with them.

“We were also fortunate to be in Australia, which has a big mining base, and being in CSIRO, which has a very strong mining and minerals heritage. We used that unfair advantage to our advantage and decided to focus on that to start with.”

“I wouldn’t stay it’s standard what they are doing, but it’s a very acceptable way of doing things with drones doing stope mapping,” he said.

“They are changing regulations … In many mines you can’t get within 15m of a stope because they know there is a drone that can do the job. That’s becoming the safety standard now and to me that’s exciting to see. Because of the technology they are changing the standards in mining.”

Hrabar said he was aware the mining industry had a reputation as a cautious adopter of new technology.

“That’s something we were a bit apprehensive about as we had heard horror stories that it takes at least 10 years to commercialise something in the mining space,” he said.

“We had been cautioned on that but I’ve actually been pretty surprised how quickly our technology has been adopted.

“If something has a very obvious high-value proposition, especially around safety and productivity and efficiency, mining companies are willing to take a bit of a risk and take something on.

“What really helped us was understanding where we fit in that value chain and the fact that to start with, we were just replacing part of the value chain, taking the scanning system out and replacing that to capture better data and quicker and more efficiently. So, we weren’t just making them stop a whole process; we were replacing a little bit.

“Getting your foot in the door [in a way] that’s not totally disruptive helped us.”

Knowing what he knows now, Hrabar will adopt a more bullish initial outlook in future.

“When you are early into the market you are not sure how things are going to go,” he said.

“You’ve got a great investor backing you, and pushing you, and driving you, but you still kind of hold back a bit and be a bit cautious.

“If I’d known how big the opportunity was and how successful we’d be I’d have gone bigger from the beginning.”