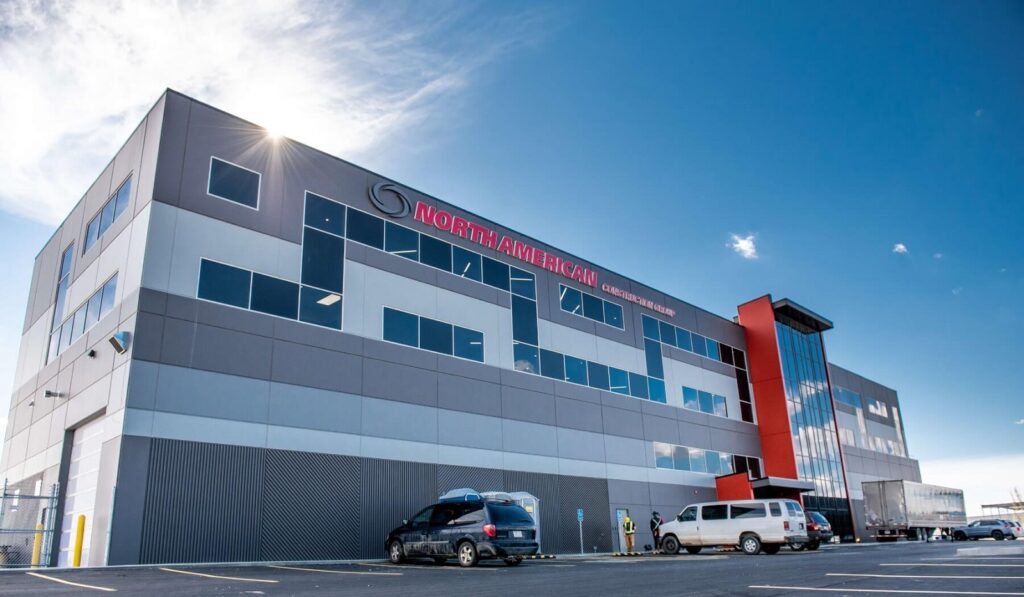 North American Construction Group CEO Joe Lambert says the Canadian mining and construction contractor is seeing a return to pre-COVID levels of business opportunity and continuity as it heads into winter with strong earnings momentum and a record C$1.9 billion contract backlog.

“As far as [how the company is positioned] this winter … I would absolutely say we are back to [a] pre-pandemic normal; normal being that pre-pandemic period that was a time of significant opportunity for us,” Lambert said on a conference call after the TSX-listed company (NOA) reported a 77% year-on-year increase in September quarter revenue and doubling of net income, yoy, for the period. He said NACG had a full order book for the period ahead.

“The pipeline is probably at or slightly higher than it was nine months ago … I think it’s extremely strong not just from a size standpoint but also from a diversification standpoint.

“This is typically a slow time between now and early spring [for contract awards], but we do still expect significant bidding activity during that timeframe.”

Lambert said Q3 this year was “transitional” for the company as it set about mobilising vital equipment and crews at new sites, ahead of the winter period, and fleet utilisation trended up to pre-pandemic, higher levels.

“These [remobilised] fleets are now set up for, at a minimum, a couple of years of 24-7 work,” Lambert said.

“I am, of course, keenly aware of the exciting momentum we feel internally here at NACG but it really shows up quantitatively when we look at the estimates for next year”

NACG’s share price is up about 64% year-to-date and has doubled in the past 12 months, capitalising the company at more than $630m.

“Without taking our eye off of this critical Q4, we look to 2022 and have provided our range of outcomes based on the projects we currently have in place,” Lambert said. “I am, of course, keenly aware of the exciting momentum we feel internally here at NACG but it really shows up quantitatively when we look at the estimates for next year.

“Our ability to project earnings in the range $215-245m is a result of a decade’s worth of steady momentum.”

Asked about increasing its dividend payout in the context of capital allocation options, Lambert said that would be weighed in upcoming board discussions.

He said with primary and support equipment, and operational personnel, in place on major project sites, hitting the higher end of guided earnings targets would depend on how effectively the company could deploy the 900 heavy equipment assets it had at its disposal. That also came back to continuity in the workforce – hampered to varying degrees over the past 18 months by COVID isolation requirements and interprovincial travel restrictions – and the contractor’s capacity to counteract, as best it could, ongoing shortages of skilled technicians and operators.

“Fleet utilisation is such a critical KPI for us and one we’ll track closely through 2022,” Lambert said.

“We continue to expect the COVID protocols to loosen. There are now more vaccinated people [and] less quarantining than we were seeing in Q2 and Q3.

“In terms of [the labour pool] I guess we’ve always seen issues around heavy equipment technicians. It’s not something we haven’t seen during oil sands boom times; this is what our training and recruitment are set up for. But [it’s] not easy.”

Continuing the transition theme, Lambert said ramp-up of work on the US$3 billion Fargo-Moorhead project in northern USA post final closure of financing for the project, gold work in Canada and other non-oil sands activity were moving NACG closer to its goal of deriving 50% of earnings outside the traditional mainstay oil field.

The company’s Nuna, Mikisew North American and Dene North Site Services indigenous partnerships in Canada continued to produce higher revenues and earnings: “The impact of our JVs has grown from zero in Q3 2018 only three short years ago to what we see today, in Q3 2021, with approximately 35% of combined gross profit coming from our share of JV revenues.”

“When we first built the new office and workshop [in Acheson, Alberta] I talked about the ability to generate about $30m of outside maintenance income out of there,” Lambert said.