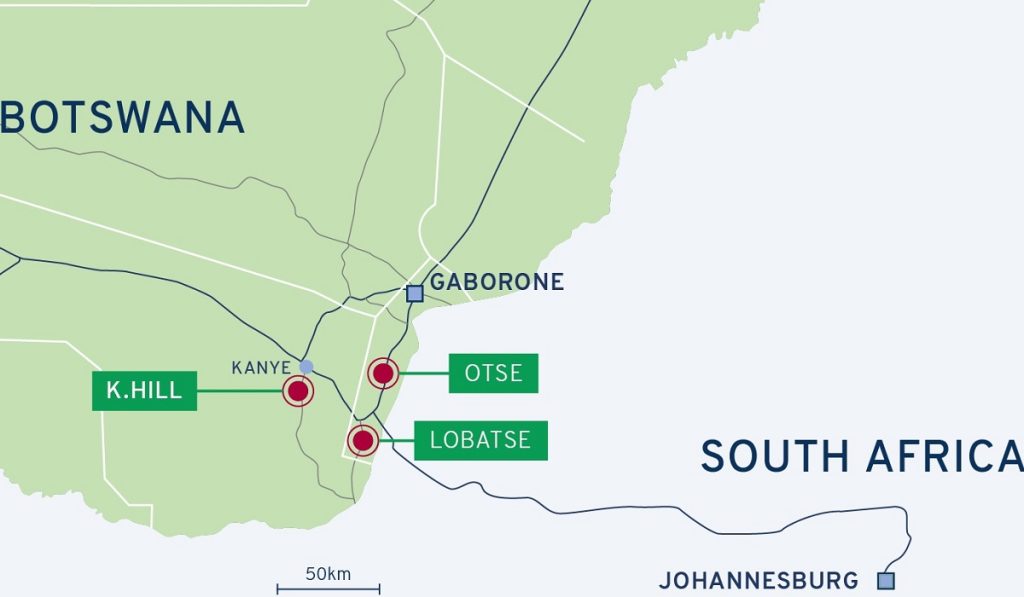 The company said the study by respected global consulting firm SRK Consulting highlighted a post-tax internal rate of return of 28% and “low capital intensity for what will be one of the largest HPMSM projects in the world”, with projected net free cash flow over the estimated 11-year life of the project exceeding US$1 billion.

Average annual HPMSM output is put at 73,000 tonnes, generating circa-US$270 million of revenue with prices around US$3370/t in the first five years of operation. Giyani is targeting a nominal 2025 start date.

It is targeting a 50-50 split for HPMSM sales into Europe and North America.

HPMSM is a refined precursor material used in the production of cathode powders for lithium-ion batteries. Giyani cited research by New York-based CPM indicating demand for lithium-ion batteries used in electric vehicles could grow by 25% annually between 2021 and 2031. CPM suggests demand for HPMSM in that market segment could expand by nearly 30 times between 2021 and 2036 to reach 1.8 million tonnes on a contained metal basis, and up to 4.5Mt by 2050.

Giyani says six non-Chinese high-purity manganese projects are currently forecast to come on stream in the next five years, producing about 100,000tpa of metal. It says China may produce an 200,000tpa by 2027, “but there are doubts as to the purity of this material due to the use of selenium containing manganese metal as a feedstock, which would likely be unsaleable in European or North American markets”.

SRK used a probable reserve of 2Mt and run-of-mine openpit manganese oxide grade of 18.9% for K.Hill, with 3.1Mt of inferred resource the focus of work aimed at upgrading it to indicated status.

“The planned integration of 4.5MW of solar power contributes to a very competitive Scope 1 and 2 emissions footprint of only 1.4kg of carbon dioxide equivalent per kilogram of HPMSM,” it said.

“The project’s development strategy has been formulated around the mitigation hierarchy of avoid-minimise-mitigate with initiatives such as renewable energy integration, water self-sufficiency and dry stack tailings management to be included in the environmental and social impact assessment, currently estimated to be completed and submitted to the authorities in Botswana in Q1 2023.”

“Our flagship K.Hill manganese project has the potential to be one of the most significant and largest battery-grade manganese producers globally,” Giyani executive chair Jonathan Henry said.

“The feasibility study shows how far the scope of the project has developed since the April 2021 preliminary economic assessment and is the next step to bringing this project into production.”

Giyani says it is also advancing construction of a demonstration plant to produce HPMSM samples for testing by potential offtakers in the second half of next year.