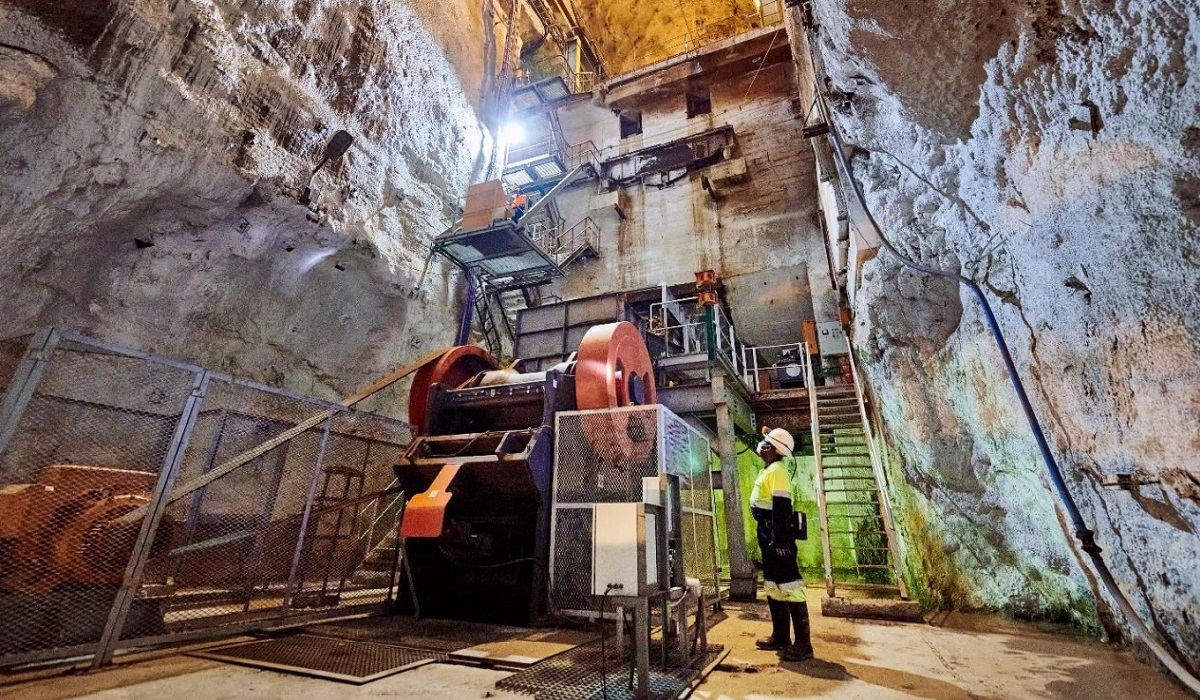 Canada’s Ivanhoe Mines and Democratic Republic of Congo Government-owned Gécamines say they are finalising a development and financing plan for the rich, deep Kipushi zinc mine after framing a new joint venture agreement and releasing results of a feasibility study highlighting strong economics at current metal prices.

The FS estimates a further US$382 million of pre-production capital is required to advance the proposed 800,000 tonnes per annum underground mine and new concentrator. Mining is to focus on the Big Zinc deposit below about 1200m vertical depth.

Extensive surface and underground infrastructure has already been established by Ivanhoe since it bought into Kipushi in 2011. The mine is said to be about two years away from commercial production, post a final decision to proceed.

Kipushi, near the village of the same name in southern DRC, started life as a high-grade surface copper mine in 1924 before transitioning into Africa’s richest underground copper, zinc and germanium mine. It reportedly produced 6.6 million tonnes of zinc and 4 million tonnes of copper from 60 million tonnes of ore grading 11% zinc and about 7% copper up until its closure in 1993.

Mining previously went down to about 1220m depth. A modern 8m-diameter, 1.8 million tonnes per annum production shaft and hoisting gear is part of the rebuild already in place at Kipushi, which is to be owned 62% by Ivanhoe and 38% by Gécamines under their redevelopment agreement.

Decline development has also been completed between about 800m and 1330m depth.

Ivanhoe’s FS outlines average zinc production of 240,000t a year for 14 years with the average mined zinc grade of 32% making it the world’s highest-grade producer “by some margin”.

The company says metallurgical testwork conducted during the 2022 FS program demonstrated the Kipushi flowsheet could be optimised to maximise zinc output by means of a dense media separation and mill-float circuit. “A bulk sulphide flotation circuit is considered for its simplicity in terms of reagent suite, reagents handling, and cost savings – producing a superior consistent performance when compared to the differential flotation circuit during the PFS phase,” Ivanhoe said.

“[The] life-of-mine average C1 cash cost of US65c/pound of zinc is expected to rank Kipushi, once in production, in the second quartile of the cash cost curve for zinc producers globally.”

A long-term zinc price of US$1.20/lb gives the proposed project an after-tax internal rate of return (IRR) of 40.9% and US$941 million net present value (NPV) at an 8% real discount rate. At the current spot zinc price (circa-US$1.67/lb) the after-tax NPV balloons out to US$2286 million and the IRR goes to 73.5% with project payback taking only 1.4 years.

After 12Mt has been mined and processed at Kipushi, Ivanhoe and Gécamines will switch to 20% and 80% ownership, respectively. The latest reserve total for the project is 10.81Mt at 31.9% zinc for 3,445,000t contained zinc.