Long road ahead for autonomous mine trucks, forum hears 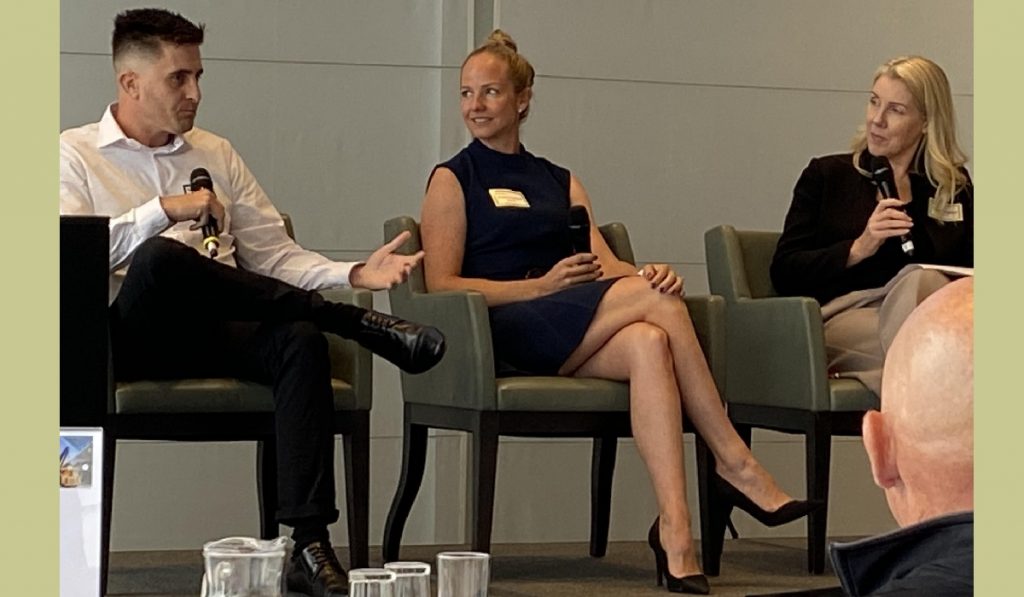 Viewpoint
Top image :
(Left to right): Beau Brummitt , Michelle Carranza and Vanessa Haberland at the Hexagon forum in Perth
‘Autonomy is hard, so it’s going to take some time to get there in a safe way’

The region that hosts Hancock Prospecting’s 70%-owned Roy Hill iron ore operation is literally teeming with driverless mine trucks and drills, which have moved billions of tonnes of material in the 14 years since their initial commercial deployment. But Roy Hill domain architect Michelle Carranza believes the industry is right at the start of its automation journey.

“We really are still at the start,” she told her peers, and suppliers, at a Hexagon regional mining forum in Perth, Western Australia.

Carranza joined Hexagon’s Beau Brummitt and Austmine’s Vanessa Haberland to talk about ‘The Future of Autonomy’ at the event. Western Australia has been home to the world’s biggest build-up of autonomous mine haul trucks, production drills and trains over the past decade, and is now seeing initial cheaper, less infrastructure-intensive ‘autonomy 2.0’ implementations.

Carranza, who has worked at Roy Hill for nearly six years, indicated that retrofitting automation systems to conventional primary mobile mining vehicles, and marrying that hardware with standard mine operating systems, protocols and management philosophies – and increasingly complementary technologies such as drones – was certainly delivering efficiency and safety benefits.