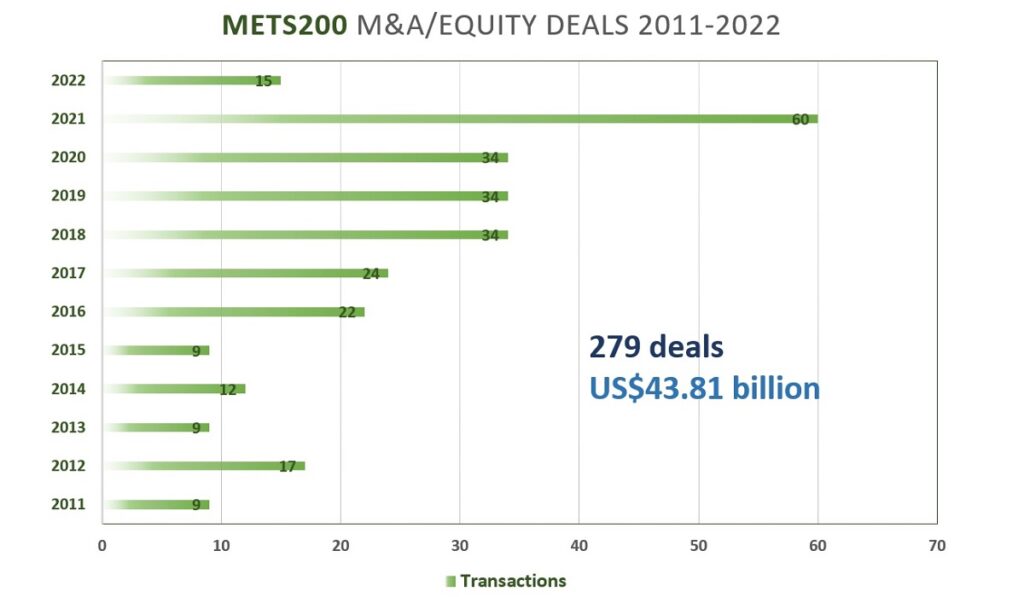 A surge in M&A and equity deals since 2016 has continued to reshape mining’s global supply landscape. More than 70% of the US$43.8 billion of significant deals transacted in the mining equipment, technology and services (METS) space since 2011 have been completed post the bottom of mining’s last investment trough, according to InvestMETS’ analysis of METS200 data.

METS200, produced by InvestMETS.com, is the only global ranking of significant mining suppliers based on sector revenues. There were circa-280 material M&A and equity deals in the space between 2011 and the first half of this year.

While major equipment and service acquisitions continue to dominate deal volume, private equity and other buyers are also focusing on mine material movement and development and their METS proxies such as mining consumables suppliers and logistics firms.