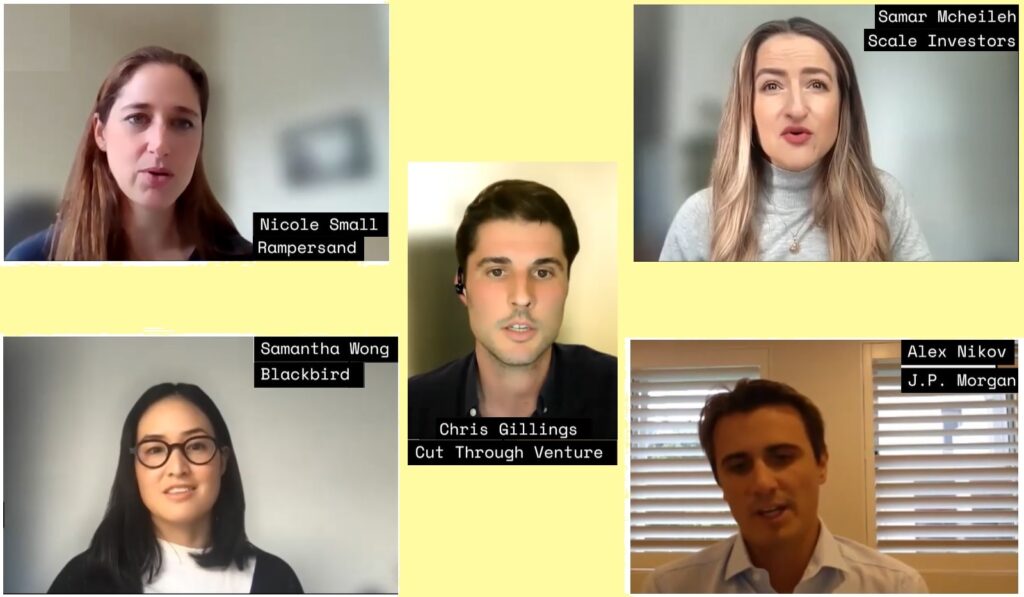 Investor caution around technology companies in public markets is set to filter into the venture capital arena in Australia, potentially putting the brakes on rampant start-up funding estimated to have passed A$10 billion last year, VC managers said this week on a webcast. But not for long, the panel agreed.

Gillings said available deal data for the first quarter of 2022 suggested $3.6b of capital flowed to Australian start-ups in the period – “higher than 2020 [total] and … about equal to where we were halfway through last year”. The 169 recorded deals for Q1 was down from the peak of 227 logged for the final three months of 2021.

Gillings said a reporting lag in the data might mean some 2021 Q4 activity showed up in the 2022 Q1 numbers, however, “the headline is [that] total funding was a record”.

“I just came back from my first international trip in two years and what I’m hearing from US and global investors is that there is definitely more tentativeness in the market at all stages,” Blackbird’s Wong said.

“VCs are trying to talk to each other to make sure no-one gets ahead of themselves on pricing, lest the multiple contraction that is happening in the public markets continues rather than halts.

“I would say that in Q4 last year no-one had time for that; no-one had any incentive to be as collaborative as that with other VCs.

“I’m not seeing that trickle down to the Australian … particularly early-stage deal dynamic. Maybe that will happen next quarter.

“I don’t want to paint a bleak picture either, because there is a tonne of dry powder out there – it’s not that people have closed their wallets or anything of that nature. It’s more just a slight pullback from what was an absolutely frenetic kind of energy at the end of last year.”

Rampersand, whose new $40m Future Tech Fund is its fourth early-stage VC fund in the past 10 years or so, is also seeing “a lot more caution out there – particularly for portfolio companies that aren’t raising seed rounds but more series B, series C, around what prices they will get, what access to capital is available”, according to Small.

“As Sam said, there is so much dry powder across Australia and the US and across the globe, and it needs a home,” she said. “So I think there will be a bit of uncertainty but … good deals will still be highly contested and get done.”

Nikov, who joined America’s biggest investment bank from Macquarie Capital last September to lead its technology sector focus out of Sydney, agreed “the best and most sought-after start-ups are really as attractive now as they were 6-12 months ago”.

“The sheer amount of capital competing for these deals – both domestic money and international funds that are starting to enter into ANZ [Australia and New Zealand], really means there is strong support for the best start-ups,” he said.

While the broader tech market is perhaps not currently as supportive of capital raising – which does intensify the spotlight on IPO timing for companies such as Australian mining tech firm Chrysos Corporation – Nikov said “my view and certainly the view of the firm as a whole is that the pendulum will ultimately swing back and investors will be willing to take on more risk, and we will be back into a very strong environment for the tech sector as a whole”.

“It’s certainly been a remarkable few months – really since the third quarter of last year and into January and February – it’s been super-volatile, and a large part of the tech sector is in bear or correction territory. I think what’s interesting is we seem to have found a bit of a bottom around the end of February and into March, somewhat coinciding with heightened volatility we saw with the tragic events unfolding in Europe. But really what was driving the sell-off in a broad sense was heightened fears around the interest rate environment going forward,” Nikov said.

“Valuation multiples have certainly been compressed across the sector, and it’s been those ultra-high-growth stocks that have been hardest hit. They were also the biggest beneficiaries over the course of 2021, so we’re seeing a bit of a correction to their valuations into this calendar year.

“We still see revenue growth as the biggest driver of valuations overall.

“But there is a bit of a re-rating as investors are having to adjust not only the discount rates in their valuation models, but also their revenue and cashflow forecasts as they try to guess what managements’ decision-making is going to be going forward and whether they might try to reduce or manage their cash burn.

“There are obviously some key risks remaining this year, both in the geopolitical environment in Europe and also interest rate and inflation risks. But with valuations now back in line and in some cases below long-term averages, we’re seeing investors focus again on fundamentals and I think that we’re seeing some support for stocks both here locally and in the US.”

Nikov said aggressive tech M&A was still evident in deals being completed in the US – headlined by Microsoft’s US$68b acquisition of Activision Blizzard – and Australia as bidders looked to take advantage of weaker target share prices. In contrast, equity-finance and IPO activity “has really stalled”.

“Since the middle of January we saw a real drop-off in activity locally and in the US. To give you some perspective there has only been one US tech IPO of note this year, and that’s versus around 50 in the prior six months. And so I think what’s happening is people are building their IPO pipeline and really delaying launch until they get more visibility, and until they can actually price some of the uncertainty that exists in the market,” Nikov said.

Wong said uncertainty about how much venture capital would be readily available in six months had contributed to the recent spike in tech-co seed funding activity in Australia. She said increasing wage growth pressure was also likely to be factored into funding quanta.

“We’re now seeing that people can work anywhere but the gap between a Silicon Valley engineering salary and a Sydney start-up salary is not necessarily a universe different,” Wong said.

“And so companies are essentially needing to raise closer to a US-size round in order to get the same amount of work done as they did last year.”

Small said: “We saw that across our portfolio last year [with] a couple of the new seed investments. The rounds were over-subscribed to what their initial targets were and the founders then came back and said pressure, particularly around wage increases, means we want to take on more money; we’re happy to have that dilution, we know the money is not going to last as long as it would have a couple of years ago, or even a couple of months ago.

“So, founders were taking on bigger seed rounds if it was available.

“I think it raises an interesting dynamic in this market where there is potentially downward pressure on some valuations, yet the cost of doing business – across wages but really the whole spectrum – is increasing. So it is going to be interesting to see how founders handle taking on either greater dilution or having to run a much more efficient business.

“It’s going to weed out start-ups that aren’t running as efficiently as they need to.”