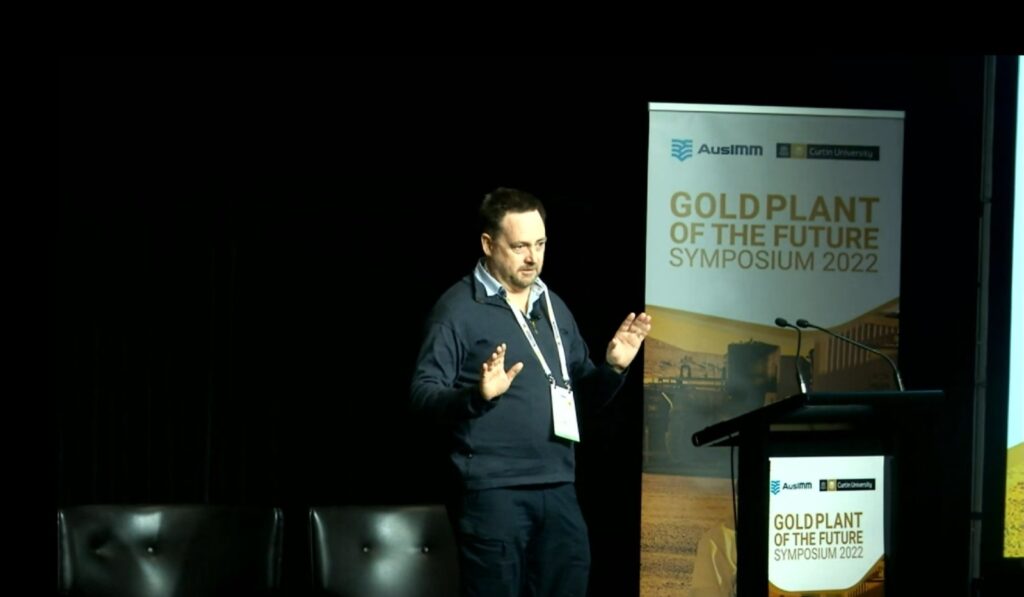 Mining companies will soon need to “start at the end” in designing the mines and mineral processing operations of the future, a major technical conference in Australia has heard.

Gold major Newcrest Mining’s head of technology and innovation, Andrew Logan told the AusIMM Gold Plant of the Future Symposium the industry’s traditional separation of technical mine planning professionals from those charged with overseeing social and environmental aspects of projects must become a thing of the past as new project blueprints are shaped increasingly by non-mining forces.

That could mean a complete reversal of conventional linear mining project conception, development and design processes that start with defining an orebody, move through various economic optimisation gates, and progress to and over a commissioning hurdle.

Future carbon pricing and pressure to fast-track decarbonisation of energy, access to land, restrictions on water use, and changes to waste storage conditions were just some of the factors threatening to reshape the future development path of many projects, large and small.

“I think we need to work backwards from the whole land and earth care process,” said Logan, who has worked with Newcrest for nearly 20 of his 30-plus years in mining.

“Design backwards from footprint rather than do the design and throw it to the environmental or social team to permit.”

Part of a panel assembled to discuss the “gold plant of the future”, Logan wasn’t the only member to declare dead the option of business-as-usual for miners and service providers normally engaged to help design and build mines, processing plants and infrastructure.

“I spent a quarter of a century treating exploration, project, mine development as … a set of hurdles to be jumped, or boxes to be ticked, until you get it into production, and then manage the situation as required,” he said.

“And the last five years or so has changed my thinking entirely.

“If you imagine 10 or 15 years from now thinking about what is different to the way things are operating now, what I would hope is that we are developing mines that are much more working on the paradigm that a mine development and an operating mine are an integral and harmonious part of the environment in which it is sitting.

“If we can do that I think mining will be in a much better situation than it is now.”

Shannon McCrae (pictured below right) spent most of her 20-plus years in mining with large companies, including Barrick Gold and De Beers. She is now vice-president business development at venture capital-backed Novamera, a Canadian start-up focused on “surgical” or key-hole mining using its Sustainable Mining by Drilling (SMD) approach to minimise a mine’s footprint, including the plant and infrastructure needed to handle smaller volumes of extracted material.

She told the AusIMM symposium technological advances were helping to change the common perception that smaller-scale mining equalled higher unit costs and inadequate returns. Novamera was running trials to demonstrate “real-world” costs comparable to current selective underground mining methods, however, McCrae indicated the main barrier for the newcomer was bias, effectively, about what a real mine looked like.

“That mindset can be a very large barrier, and we as an industry do it ourselves a lot of the time,” she said.

“If something hasn’t worked once, it could be in a trial environment, we all talk to each other and suddenly whatever that is gets a very bad reputation and no-one is willing to try it again. And that is not how you innovate.”

“We need to start thinking about these orthodoxies that are so deeply buried in us that we’ve actually got to stop [relying on],” he said.

“Is bigger always better? Is that an assumption we tend to make? Bigger trucks equal a better case. Does processing start with a primary crusher and crusher ore stockpile?

“If I look at a stick of core, and it’s copper porphyry … I’m looking at that and thinking, there is only about 10% of that stick of core that’s got what I want in it. So why am I processing the other 90%?

“On average only 10% of the rock that we eventually put in the plant actually has the value that we want.

“We need to actually think of the common nonsense [views] that we have that are liberated by us having a bigger system view of things rather than the existing siloed view.”

The conference heard increasingly uniform carbon reduction targets set by mining companies were likely to have the biggest impact on new project design in the near term.

Deloitte Australia mining and metals sector lead, Steven Walsh (pictured below), said the impact “is going to be huge”. 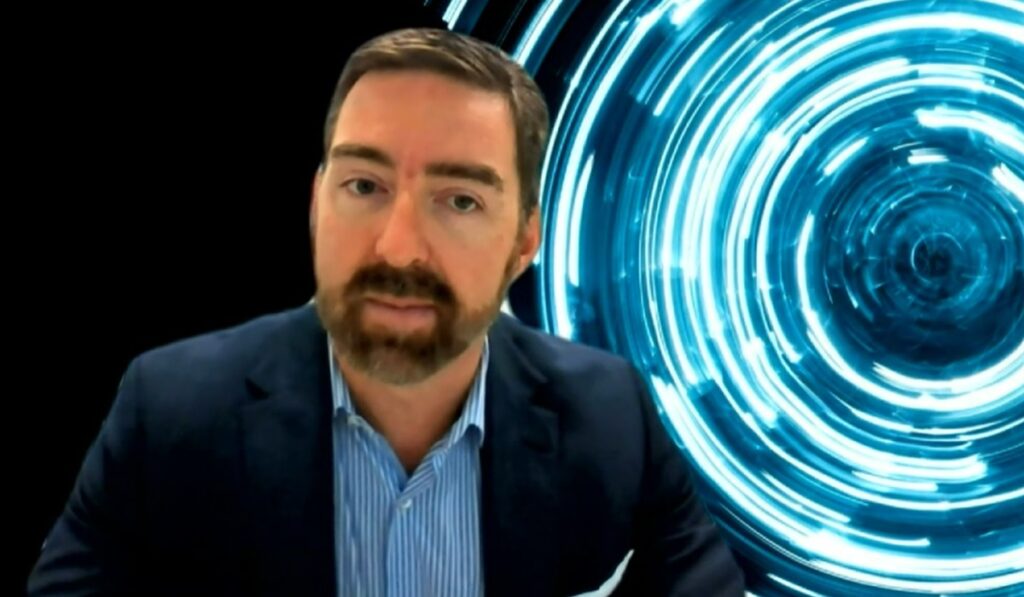 “In the next two years the targets are 10-15% reduction which can be achieved with some of the current technologies, and some offsets, etc, but by the end of this decade some of the commitments are really significant and I think there is a huge amount of work going on right now to work out how we even do that,” he said.

“I would say there are 100 technological advances people are working on right now that need to come to the fore.

“The focus now is on the elimination of diesel, electrification, where we’re getting our core power and electricity. But then I think we’ve got to challenge ourselves on what we’re using it for – the places where we’re currently just consuming power 24-7 because it’s available.

“There is already a lot of work going on and that’s only going to go up exponentially over the next 6-7 years.”

Professor Neville Plint, director of the Sustainable Minerals Institute at the University of Queensland, said the rate of technological change, availability and adoption would become the key risk to miners seeking to supply so-called critical minerals while keeping a range of stakeholders happy.

“This decarbonisation question I think is the one that is really going to tax what we do going forward. And I’m not talking about a carbon tax, but in terms of challenging how we’re going to design and how we operate going forward,” he said.

“Most of the companies represented here have made a commitment to net zero by 2050 and when you look at that net zero commitment and the strategies around electrification and … renewable energies, and you start mapping that across the industry, you are left with real questions [about] how companies will get the renewable energy they need. Will it be available? A lot of the strategies assume that it will be.

“But it will be a really big challenge if you look at it globally across mining, how are you going to get that volume of renewable energy?”

“I think, particularly in Australia, we’re approaching a tipping point”

On the de-risking technologies, Plint said 15 years had become the standard commercialisation timeframe for new technology in mining. “That’s where you suddenly start to say, we’ve really got to do a lot of work in the space and if the small-footprint mining, the insitu, the in-place, the surgical mining are not ready now, how do we know if we’re going to be able to switch them on in time?”

Logan said Australia didn’t have an official carbon tax, or pricing mechanism, but the cost would need to be factored into long-term mine and new project plans.

“I think, particularly in Australia, we’re approaching a tipping point,” he said.

“At the moment when we all look at projects we look at carbon pricing as an option because we don’t have a flow-through price of carbon. If we’ve got a choice between another ball mill and coarse flotation, we will just make a choice.

“But we know the cost of steel [and] the cost of cement will at some point have a flow-through cost of carbon applied to it. And so that means two things. One, existing operations will have to bear real costs of carbon and therefore some mines or components of mines may no longer be economic, and have to stop and be reworked or closed. And then for new projects that price of carbon will have to be taken as a given, not as a flex. So when we’re building projects, say, $150/tonne of CO2-equivalent will be actually be embedded into the whole cost base of the business and it’s not a case of, is it better to do coarse flotation or ball milling, it’s, we can’t do ball milling. And I need to choose something else.

“That will make a fundamental difference to how we engineer projects and what mines we choose to stop earlier.”