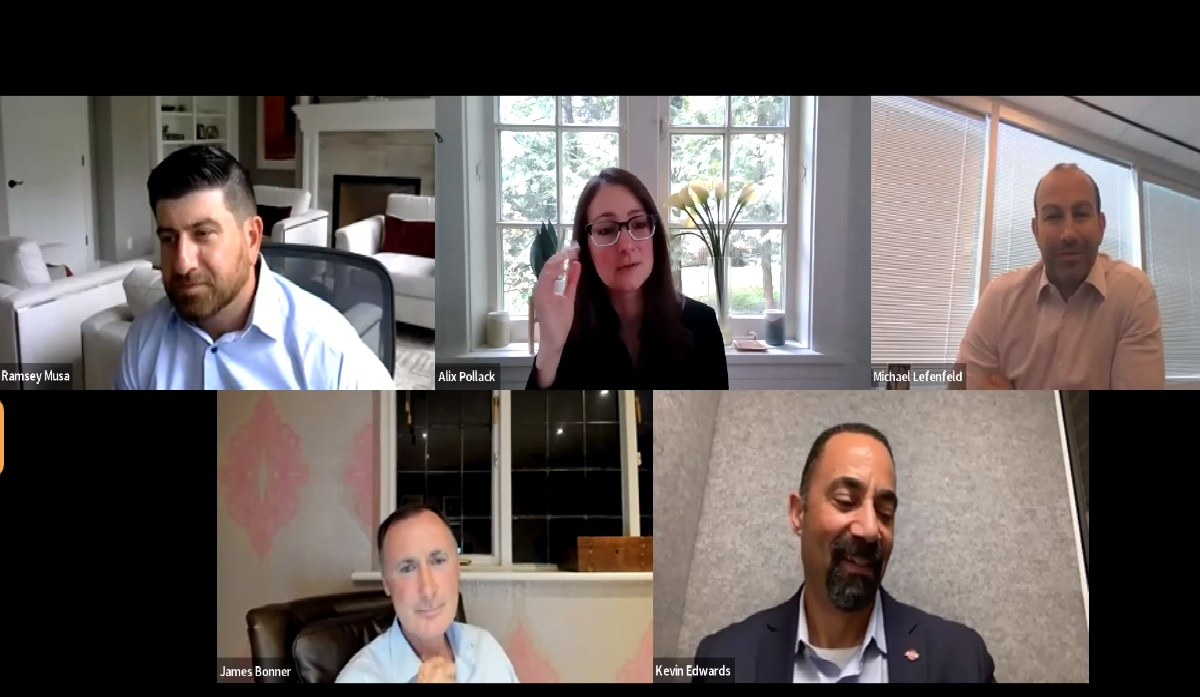 Fear is at the heart of gender inequity and exclusion in the workplace, the 2022 Global Business Leaders in Mining Diversity Conference heard. “This topic strikes a lot of insecurities in men,” Newmont’s Ramsey Musa said at the event.

“We’ve got a lot of passionate people [in the mining industry] but we’re not making progress as much as we can,” Musa, the US gold major’s senior VP supply chain, said. “For me, it’s about being more active in that space and driving transformational change.

“I think the concept of diversity from a business case standpoint is intellectually understood … but we have so much upside in these big corporations to really ingrain that in our culture.”

Musa was speaking on a panel at the US conference. Moderator Alixandra Pollack, from global non-profit Catalyst, cited a research report she co-authored this year, entitled Engaging Men: Barriers and Gender Norms, that indicated 74% of men surveyed had identified “fear” as a barrier to gender equity in the workplace: fear of losing status, fear of saying the wrong thing, and fear of negative judgement from colleagues.

“Given the vast majority of leadership roles across industries and around the world are held by men, this means it’s essential we involve men as active allies, advocates and partners,” Pollack said.

Panellist James Bonnor, president at Orica Mining Services, said his 28 years at the company employed across four continents had exposed him to different cultures and workplaces. He is determined to drive organisational change and has “zero tolerance” for those not “prepared to align on that”.

“It’s equal opportunity for everyone no matter their colour, gender, cultural background, sexuality; whatever their difference,” Bonnor said.

“Our organisation is not there yet, but I think it’s going to be. I don’t think many organisations are, but we are working hard on it.

“It really comes back to culture and ensuring that the people who aren’t aligning to the values and cultures we are trying to establish in relation to DEI [diversity, equity and inclusion] are called out and we can have those conversations openly. It’s not just leaders doing that, it’s all levels within the organisation.”

Bonnor said the industry needed to confront the inherent bias around mining being “man’s work”.

“At the operational level, there is still an element of bias in this industry and that’s something we need to address,” he said.

“The remoteness of the industry triggers another challenge compared to other industries but I don’t think we should use that as an excuse; it’s a problem we have to solve.”

“I’ve been with the organisation for 22 years and I’ve seen the mistreatment of some of our colleagues in regards to potential opportunities,” he told the conference.

“Why don’t we see more women thriving in the construction industry? If we play some role, whether it’s individually or with our teams, I think we can make a pretty big push to look better and drive differently for the future.”

“We don’t do a really good job modernising the industry and allowing it to be visualised as a sophisticated, real-time, information gathering, high-technology industry,” he said.

“That has always been a really big challenge.”

Cyanco, which has 120 employees, showcases cultural, gender and ethnic diversity in its workplaces via blogs, internal and external newsletters, and other media, including in school forums, Lefenfeld said. “You have to lead by example,” he said. “You have to have continued activity not just behind closed doors but ensure you are reflecting those company values as broadly and in front of as many people as you can.”

According to Pollack, Catalyst research showed 86% of survey respondents were committed to DEI, but only 31% felt confident to act on that commitment.

“You can teach the right thing to say, but you can’t teach someone to care,” she said.

Bonnor suggests companies use data to measure success, despite this being hard to quantify.

“Data is powerful because it can really demonstrate where we are being successful and where we can adapt, modify our approach,” he said.

“It can’t be too subjective. We have to dig into the data and see what’s working through surveys etc and see where we are at, and where all our groups across the organisation see it.

“I feel it’s not going to be linear: we are going to have some successes and failures.”