Mining governance set for overhaul, from the ground up 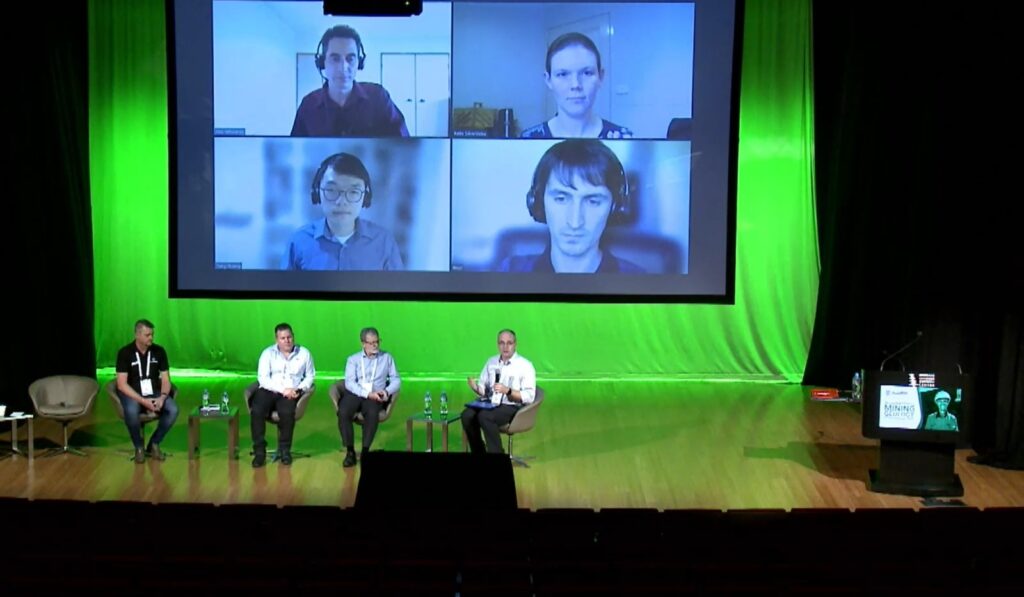 “Change is coming,” the veteran geologist chairing a group helping to frame new global mining reporting standards said earlier this year, and for many in the audience at the 2022 International Mining Geology Conference, one of the world’s biggest gatherings of geoscience leaders, the change can’t come soon enough.

“Likely” because Australian Securities and Investment Commission (ASIC) submissions to an industry review of the need to update one of the world’s most important mineral industry reporting codes made it clear there was “no do-nothing option with respect to the issue of competence in reporting and the regulator is looking to JORC and the parent bodies to address the issue in a meaningful manner”.

Cairns, a 30-year veteran of the industry, is heading the JORC Competent Person Working Group within a wider JORC review of its 2012 code. He says the review aims to improve “accountability, risk clarity and the quality of reporting at all stages of project evolution”.

“This will put poor reporting practices under pressure and require practitioners to declare their areas of competence in a transparent manner.”

JORC chair Steve Hunt, who spent more than 16 years as chief advisor on reserves and resources with mining giant Rio Tinto, has said “many areas of the mining industry and [the] expectations of investors, regulators, lawmakers and wider society have evolved” in the past decade.

“For our industry to continue to be able to develop and operate mining projects, the supporting mineral resources and ore reserves must be signed off by a competent person and must fairly reflect the material risks and likely returns of the reported project,” Hunt said in a recent JORC post.

More than 500 submissions were reportedly logged over five months up to April last year after AusIMM and AIG called for feedback from members and other “stakeholders” into a new review of the code.

This month’s AusIMM-convened International Mining Geology Conference in Brisbane, Australia, which drew nearly 540 local and international delegates, picked up on many of the themes highlighted in the earlier submissions. The conference was the latest in a series started more than 30 years ago at Mount Isa in Queensland.

It also delved deeper into important underlying trends related to the increasing role of new technology in data generation and use in public reporting by mining companies, and the people and cultural issues hampering efforts to improve performance in the industry’s core geology, engineering and metallurgy operating areas. Presentations and animated discussions showed that, among other things, the industry is about as transparent as it can be about its shortcomings – flaws that can contribute to inconsistent technical outcomes and, yes, safety and environmental failures. Evidently, this openness and strong sense of purpose of many mining professionals isn’t always allowed to surface in public reporting, or even via public channels (non-industry forums), and the AusIMM conference heard that is something the industry needs to address because it undermines its credibility and ultimately its ability to sell itself to a new generation of professionals. 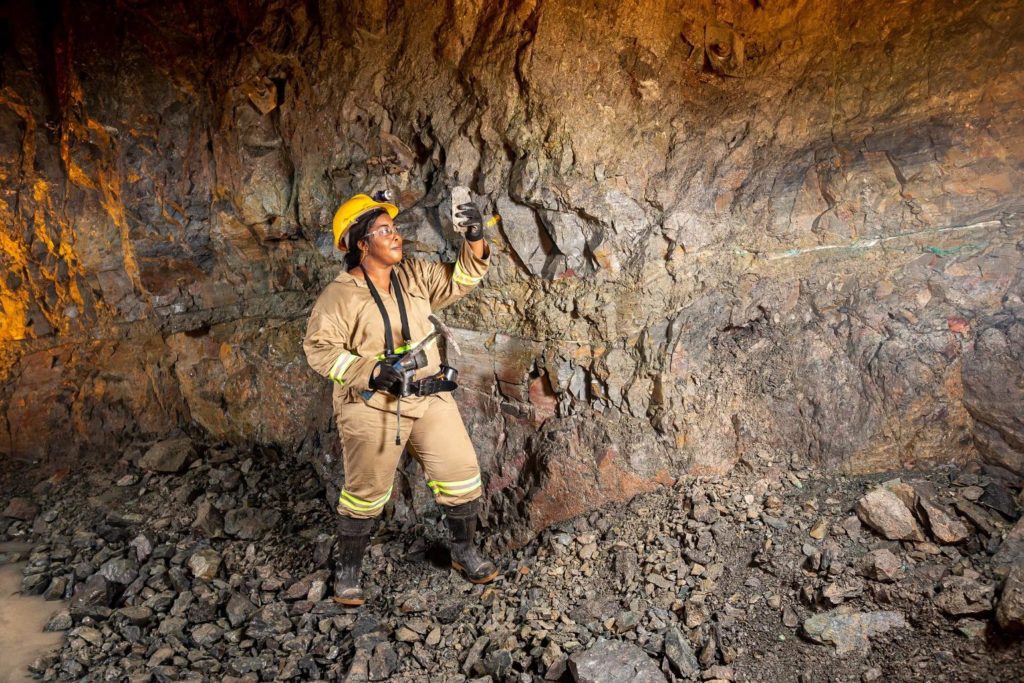 Highlighting instances of systemic problems doesn’t detract from the overall high level of competence that underpins the industry’s significant economic and social contribution in advanced countries such as Australia. The expertise, skills and passion of mining scientists and engineers does need to be observed up close by outsiders to appreciate what sets the industry apart in some places and why they are among the harshest critics of “their” industry when things don’t go to plan.

Attendees at the International Mining Geology conference, many of whom are on JORC Code review working groups, will spearhead the industry’s attempts to “put poor reporting practices under pressure”. If they don’t, it’s unlikely anyone else will. Ditto for changes in the areas considered crucial to achieving better, more reliable and ultimately more sustainable resource, reserve and project articulation: technical leaders must shoulder responsibility for steering mining closer to a reporting nirvana.

To get there, the conference heard, a number of fundamental challenges need to be addressed – not just kicked further down the road.

Mark Noppe, another geologist who has spent three decades in mining and who currently chairs consulting leader SRK, said at the conference mineral resource and reserve classifications and all the industry’s main techno-economic studies – from preliminary economic assessments to final feasibility studies – had been defined through a pre-development project assessment lens.

So they weren’t “necessarily well aligned” to the reporting structures required by operating mines.

Despite this, “the same terminology and definitions are used, or expected to be used” by both project developers and mine operators when reporting resources, reserves and study outcomes.

An SRK survey of some of its clients highlighted inconsistencies in approaches used “and subsequent outcomes”. Competent or qualified persons were typically determining the best approach to suit their situation.

Noppe said on a panel discussion to close the Mining Geology conference this was just one example of where the “language” used in the industry needed to be refined. In a “principles-based and not overly prescriptive [yet]” environment, the industry was letting itself down.

Perry Collier, a geologist who has spent the past 16 years of his plus-30-year career in various roles at Rio Tinto, told the conference the JORC Code and its equivalents in North America and other parts of the world had to give investors a clear understanding “of the confidence in underlying orebody data” underpinning a company’s future business performance.

He said other than market-driven commodity prices, “virtually all [mining] revenue and cost estimates [stemmed from an] understanding and subsequent modelling of the orebody”.

“Orebody knowledge is … the fundamental driver of the mineral project cycle … [and] despite its perceived high cost, in both time and money terms, drilling is the only available technology for acquiring the necessary orebody knowledge to support technical and economic studies and to minimise orebody-driven cash flow uncertainty and volatility,” Collier said.

“However, like all costs, pressure to minimise drilling budgets is ubiquitous across the minerals industry.

“Paired with inappropriate key performance indicators, drilling is often regarded as a cost to be minimised rather than an investment to be optimised.”

Collier, who used the conference platform to argue the case for a more holistic method of accounting for holes in orebody knowledge and the associated risks than standard net present value project valuations, echoed the message of other high-profile speakers in questioning whether current approaches could stand up to mounting external and internal pressures. 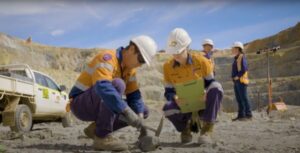 “As future deposits get deeper and more complex, the collection of orebody knowledge is increasingly on the critical path for project development,” he said.

“The increasing cost of data collection pertaining to these deposits increases the temptation to minimise orebody knowledge gathering at the cost of long-term value as the reduction or postponement of drilling results in greater orebody knowledge risk at all stages of the value chain.”

“We cannot assume that today’s level of information can answer tomorrow’s questions,” she told the conference. “Instead, we should be asking, what is the value of geoscientific information and how much do I need to answer the necessary questions to the level of risk we are willing to take?

“How much are we willing to pay for this information?

“The cyclical nature of our business coupled with perpetual KPIs to reduce cost per tonne often sees geoscientific work being reduced or deferred. It’s not an unfamiliar experience to any geoscientists in the room. However, front-end loading rock mass characterisation earlier buys us options and it’s these options that create, preserve or potentially destroy value.”

Noppe said a “common language” had helped drive significant improvements in the industry’s safety culture and performance, in advanced mining countries, over the past 20 years.

“Now we’re trying to do the same thing [in the] rapidly changing ESG environment,” he said.

“To the point about communicating uncertainty, risk and opportunity – both sides of the coin – I think it is language, again, and culture, [and a] different communication style that establishes a common thread across diverse disciplines.

“[That is] how we can encourage the users of our [mining geology] data to understand how to appreciate variability, or the lack of data, or how more or better data, or better interpretations of data, can better inform decisions.

“If you look at a forward-looking price forecast on a metal you will always see a base case, and an upside and a low case, and the further out you go the more variable they will be. Our engineers, our finance, our accountants, our executives understand these kinds of models.

“But if we produce that same thing in an NPV forecast … that’s too variable.

“We end up with a singular answer and one forecast NPV and maybe some sensitivity.”

Noppe said the modelling had to reflect data uncertainty, or competence, and it certainly needed to adequately convey variable risk and potential outcomes.

“We’ve been talking about this kind of thing for 30-40 years – it’s not new. But still most of the people who use the data fail to get over that hurdle. Some do. So we need to improve that.”

However, people and culture remain key. Deswik’s Nick Anderson said miscommunication “happens at home and happens at work, too”.

“I’m not sure how technology can solve a lot of that, but definitely education [can].

“Company culture is probably a big one. Some companies invest more in people than other companies. Some companies claim they’re so busy they can’t offer their staff any training at all. And we see that a lot as a software vendor.”

Leigh Slomp, who started working as a mine geologist more than 20 years ago, is chief advisor – professional standards at the AusIMM. He believes “new thinking” is needed in the industry, both to attract and retain talent. However, “we don’t necessarily encourage that sort of fresh thought … especially at a mine site”.

“Maybe it’s a bit different in exploration, but when we get to the mines, we’ve got a lot of really good, young professionals with really good ideas and we bring them in, and we smash them into the shape of geologists from 40 years ago.

“We give them the same processes, the same procedures, and we say, look, we don’t have time to bring in that new thing that you think would be a good idea. If we’re doing that internally, then we’ve got no chance externally.

“It goes back to the culture. We need to be inclusive, and we need to accept new, fresh thinkers, and at least give them the air-time to work through those ideas and as senior people within the industry, we have to be open-minded to those new ideas.”