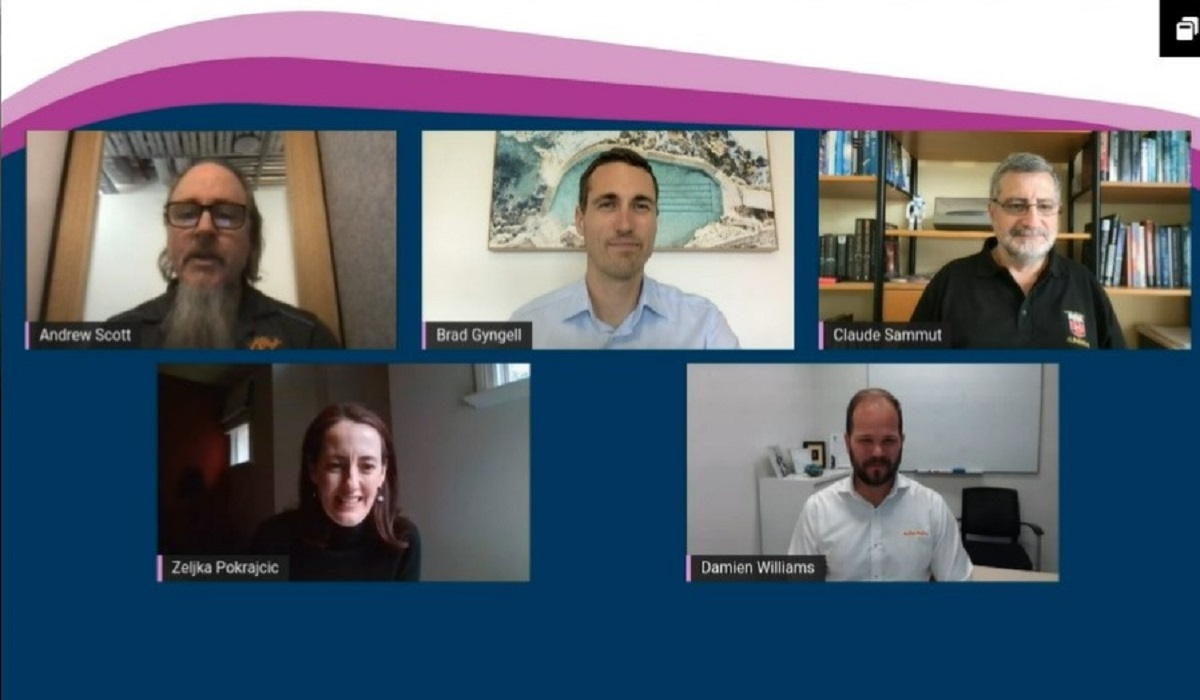 “I strongly feel that mining companies themselves have a responsibility and obligation really to foster the ecosystem,” said Strayos’ Sydney-based chief operating officer, Brad Gyngell.

“That’s an ecosystem that’s overall going to benefit them the most. Every project that a start-up comes to a large company with is creating much more value than the cost at the end of the day, especially in this AI space.”

Gyngell said McKinsey research suggested the global digital and technology market in the mining industry was expected to be worth about US$390 billion in 2025. Strayos was a five-year-old, New York-headquartered firm working in the space.

“There’s so much value here,” Gyngell said. “But we are not going to get there unless altogether as an industry we build a community of smaller teams that can work fast and can work across industries and across companies, because that’s the only way it’s going to be economical and practicable to get a lot of these solutions built.”

“I’ve been involved with [CEO] Penny Stewart from the beginning,” she said.

“We do not have a template, we do not have something that’s worked before, we are fighting fires as we go. We are working crazy hours, we are trying to meet demands of clients, and it takes them three months to pay an invoice.

“I really think there should be some kind of nurturing, some kind of undertaking of these smaller start-up companies. Sure, we might try and go to the government to get a grant but that’s days and days’ worth of paperwork. And then we get to site and they [mining clients] ask for a discount.”

Claude Sammut, professor of computer science and engineering at the University of New South Wales, said the start-up scene in Australia was much tougher to crack than the United States.

“If you compare it to the United States and the venture capital available there, we are much more risk-averse in supporting start-ups,” he said. “We see that in the general technology sector as well. This is a hard problem as it’s a long-term thing.

“It’s trying to change the culture of support for start-ups [and] it’s not easy.”

A recent start-up success story is Auto-mate which was formed last year as a joint venture between Australia’s Bis and Israel Aerospace Industries. It is marketing proven automation technology from the defence industry to the mining industry. Damien Williams, solutions and implementations manager at Auto-mate, believes more cross-industry collaboration and thinking outside the box will help the mining industry embrace the benefits of AI.

“We are now working with some of our mining partners and thinking how we can deploy AI into mining operations and get some of the advantages of having a level 4 system that’s less reliant on a comms network [and] less reliant on a back-to-base control station, but is still interoperable and organic with existing systems.

“That’s where I really see start-ups playing a role. Let’s take something somewhere different that no one has thought of before and see what advantages we can get out of it.”

Panel moderator, METS Ignited’s Andrew Scott, said a lack of cross-industry partnerships was not unique to mining. He hoped there would be more technology partnerships in the future.

“You have to do a lot of customising for it to work for a particular application. And that’s very expensive. And a real challenge is how do you produce more generalised machine learning tools that don’t require this hand-crafting all the time.

“I suppose this is an opportunity for someone to come in. It’s a research problem but if you can tackle that, that would help greatly in helping to build systems more efficiently and effectively.”