Mining’s future is in their hands 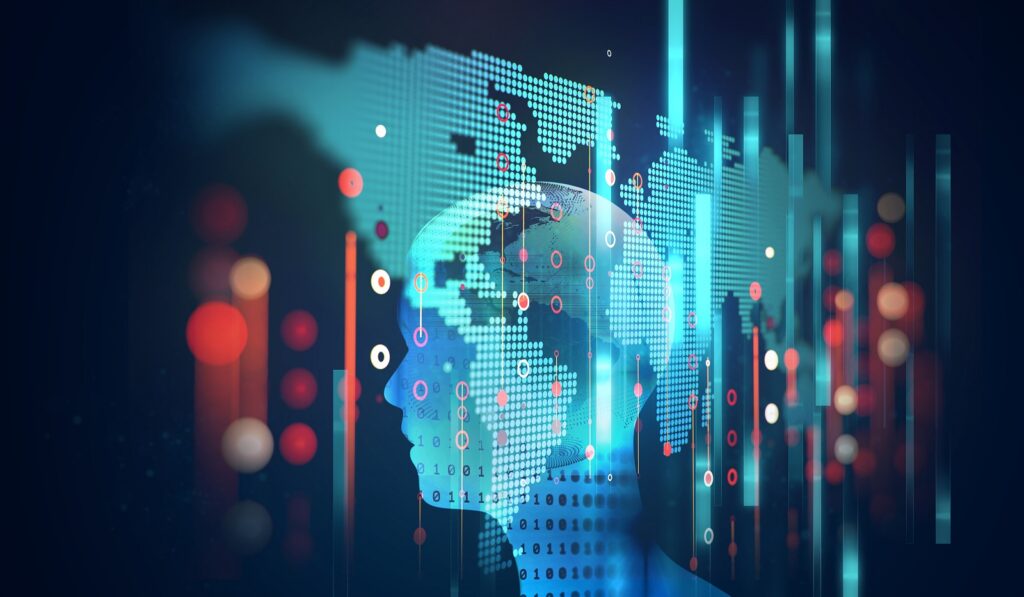 Fewer mining engineering graduates are entering, and leaving, tertiary education ranks. But a panel discussion at the AusIMM International Future Mining Conference 2021 highlighted the quality of engineers already in the system. The group of current and former students offered some compelling insights into the challenges miners face attracting and retaining more of them.

“I’m a big believer [that] once you see what mining is all about it’s pretty hard to look the other way,” said Heather Malli, a mining engineer who graduated from the University of New South Wales in 2014 and now lives and works in Orange, in the state’s mid-west, with gold and copper miner, Newcrest.

“I think paying people more [and] giving them more holidays is always going to incentivise people. But I also think with the skills shortage it’s important to expose people to mining very early. I was at the back end of school when I discovered mining and everything that involved. I didn’t really hear anything about it in primary school, or a lot initially in high school.

“That’s where I think the industry struggles the most.

“We’ve got to engage differently compared to how we’ve done it in the last few years.”

Malli was one of four women on the AusIMM panel. Andrew Milan, a third-year mining engineering student at the University of Kentucky in the US, added diversity. He was one of two Americans speaking, with fellow University of Kentucky student Caitlin Strong set to graduate this month and head to work at the US Mine Safety and Health Administration.

Phoebe McAuliffe, on a co-op scholarship at UNSW, moderated the panel and Gabby Callow, final-year University of Queensland dual-degree (mining engineering and geographical sciences) student, joined from the Prominent Hill copper-gold mine in South Australia, where she’s working with a Byrnecut underground crew on an internship.

All five panellists indicated the industry was lucky to have them because they more or less arrived by accident through the back door.

However, none regretted their career path. And they all sounded like powerful advocates for the industry while not shying away from its imperfections.

“I find my non-engineering friends a little bit more ready to, not attack me, but say mining is bad sort of thing,” said Callow. “I can partly get around that by saying, I do the environmental stuff in mining as well, which is a little bit better. But I find I can always whip out [the fact] that mining is not all thermal coal. Like, someone needs to dig out the stuff that goes into cars, make their solar panels and wind turbines, and things like that. And I think that’s a pretty blanket way of letting people know that mining isn’t as bad as it’s cracked up to be.”

Malin said: “My experience is pretty similar. The students I interact with and just the younger generation generally … don’t understand fully our industry. So I think it’s really important that we do share our experiences, but that we are aware of the parts of mining that they are worried about and do what we can to assure them that we want to fix those things.”

Strong said she grew up surrounded by mines but had “absolutely no idea they existed”.

“Mining was not something I ever thought about until I saw it on my university’s website and I think that had I grown up being more aware of what was going on I would have been more receptive to it. Obviously I’m pretty receptive to it now considering I’m studying it and starting a career in it. But people my age who are in other majors, maybe not engineering related or science related, don’t really have that understanding of what mining is and what it means for us as a society.

“And I think fostering that understanding would go a long way to improving relations between the mining industry and society as a whole.”

All the panellists agreed mining companies and their representatives had to get much better at community outreach, but Malin made a crucial point.

Most people with the capacity to understand copper and lithium doesn’t grow on trees still see mining as dirty and imprecise – with an historical tendency to move heaven and earth, at just about any cost, to take advantage of high commodity prices.

Malin emphasised that communicating with “the younger generations especially … [that we] truly are trying to improve it” was as important as selling its critical role in future supply chains.

“Ideally we would have people desiring to come and join us in that – improving the industry,” he said.

Technology is expected to play a part in the improvement. While older industry heads are quick to point out “technology” has been changing mining for decades, the youthful Future Mining cohort alluded to a shift in momentum and perhaps an easier acceptance of the value of newer technologies.

Malli said in the short time she’d been in the industry drones had become more pervasive, on the surface and underground. Previously manual mine scheduling and planning tasks had become more digital and automated. “There has definitely been a step-change towards more automation and using software to aid in a lot of the decision making,” she said. “A lot of powerful software tools …  have come into play, that make our jobs a little bit easier as engineers.”

Strong said: “I think that automating mining is just such an amazing thing, and really introduces a way we can keep our miners safer. That’s really the goal of it all – to produce while keeping our most valuable asset, our people, as safe as possible. We couldn’t really do it without them. And improving their work lives is the best move we can make.

“I think that is the future of mining.” 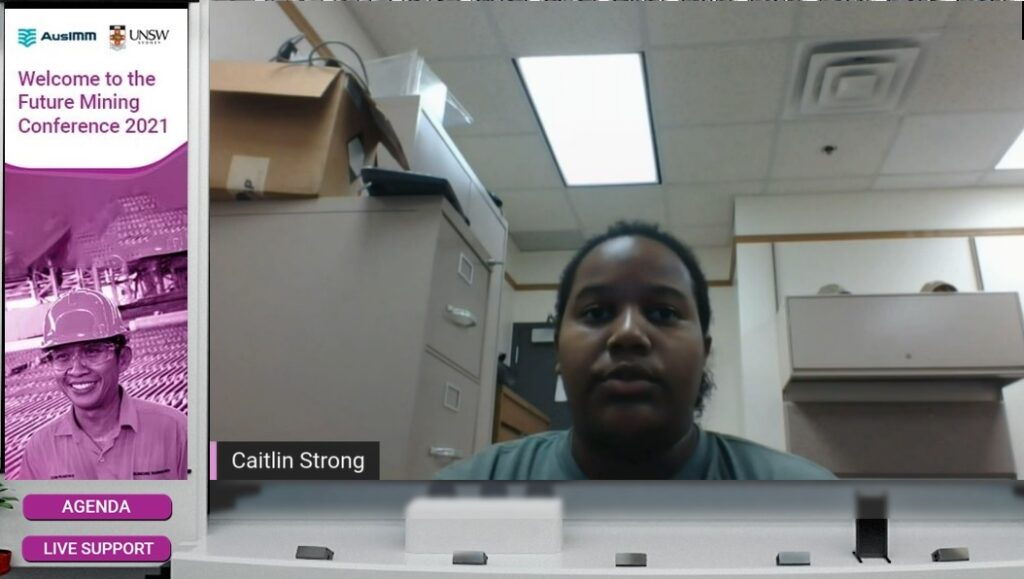 McAuliffe suggested technology and fresh thinking were keys to creating the types of workplaces, and values, that appealed to younger people.

“The more planning and optimisation we can do, the more efficient our mining processes are. Therefore, even from a very small environmental perspective, if we’re not wasting time with our haulage, then we’re using less diesel, etc,” she said.

“Many in the younger generation are standing up and saying, I want to work for a company with similar values. We are thinking more about who we choose to work with and what things are important to us, and we want to share those [values] with our companies.”

Callow said: “Because there’s a shortage of engineers we do have a bit more choice and we can have a bit more say in whether the company winds up with our values. I think with me, and most of my peers, it’s just a general emphasis on well-being – physical and mental.

“You’re out on remote sites, you’re away from your family and that sort of stuff, so if the company you’re working for is really welcoming and understanding about that, and flexible sometimes, then I think that’s really good and what I will look for when I become a graduate into the workforce probably.”

Strong said mining companies in North America were “increasingly cognisant of the fact that employees have a need to take care of things in their personal life and then they also want to balance that with work”.

“I think another important thing is looking for companies that want to invest in you. So, companies that are interested in enriching your education; continuing to make you a more valuable employee every day. I know that more young people want to get more out of their careers, they don’t just want to find one company and sit there forever, not becoming a more learned person.”

Milan said companies with management trainee programs and a focus on increasing the value of employees through education were attractive to young people like him.

Callow said she was looking at post-graduate study. “I’ve thought of going into environmental social governance … specifically focused on mining, and eventually working in some capacity to help promote those sorts of values in a mining company at a corporate level.” 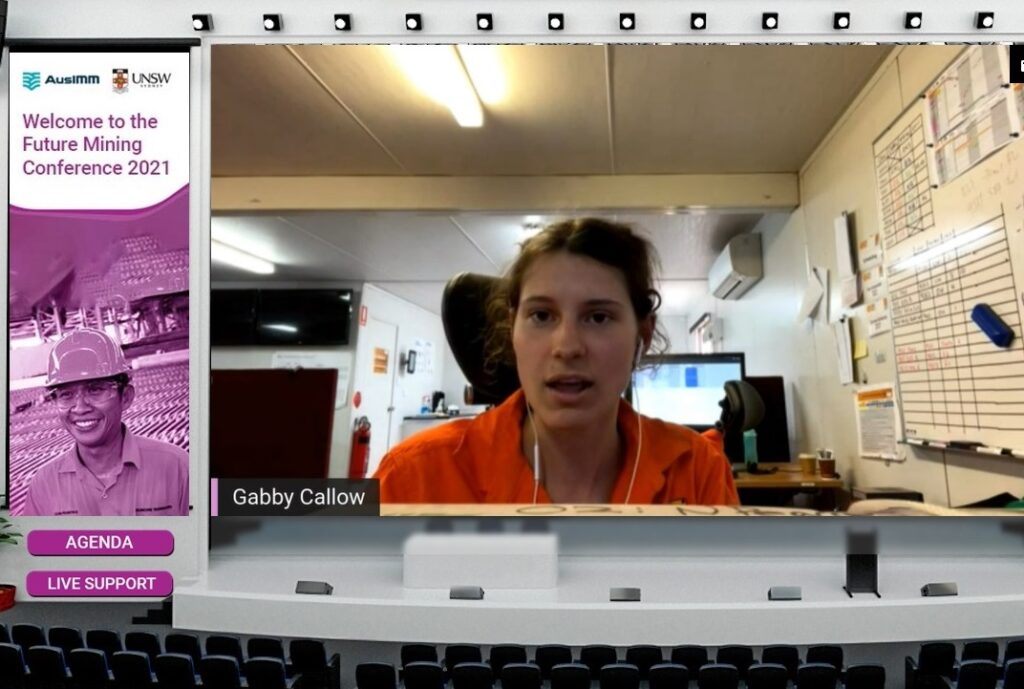 Strong is completing a post-graduate masters and says the path has already been rewarding.

“It’s not something I saw myself doing at the start, but I ended up here anyway. I will say it’s really proven me wrong. It’s been a fantastic move I think for my career,” she said.

“It’s really allowed me to expand the way I think. Research is something that I did not do as an under-graduate and it’s really challenged me and motivated me to think in different ways and try to solve problems in different ways, and communicate with other graduate students, other PhDs, outside of my uni.

“It’s also really opened my eyes up to the possibilities of mining. We’re seeing a lot of cutting-edge things. At the University of Kentucky we have a lot of focus on automation, on health and safety, and sometimes these aren’t things that you get to see every single day. The more exciting, newer things you don’t get to see every day, in your internships, and your jobs, and what not.

“So I do think it’s led me down a path I didn’t previously see myself going down. I know here there are some jobs that are more geared towards people who have higher education, they may have a masters or a PhD, and it really does unlock a wealth of new opportunities.”