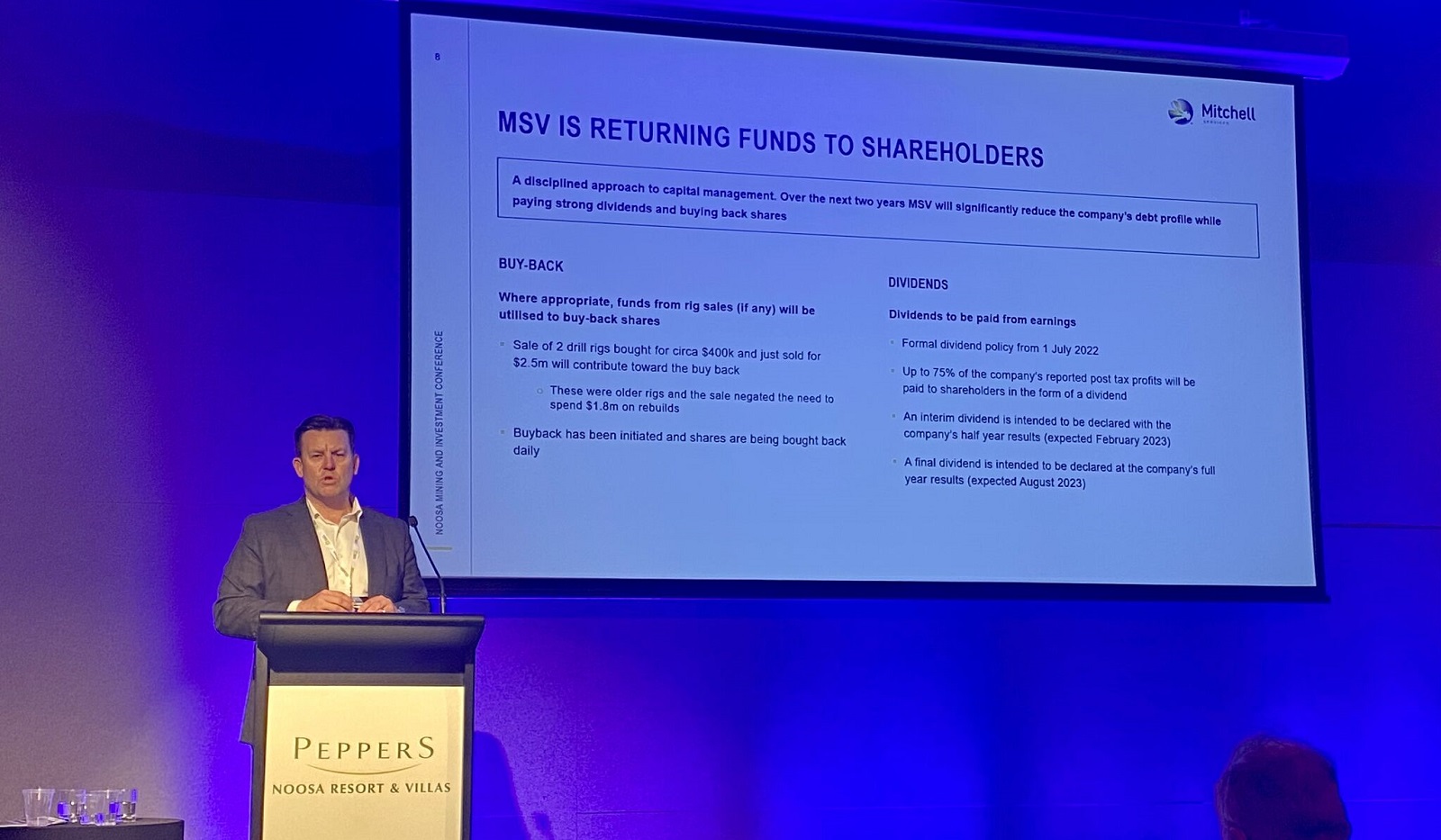 Australian drilling contractor Mitchell Services expects significant recent expansion of its drill fleet to drive “material” year-on-year growth in earnings and revenue this year after posting FY22 revenue and EBITDA of A$213.4 million and $32.2m, respectively.

The company ramped up capital expenditure in FY22 to more than $44m, including $26.7m of growth spend, from $27m the year before. It had 84 rigs operating in June and now has 100 rigs to deploy in a market that continues to see robust demand for available rigs and crews.

Mitchell CEO Andrew Elf said the company was well positioned to benefit from “multiple new and expanding contracts and strong levels of demand to materially increase revenue and earnings in FY23”.

Its FY22 revenue was split 50-50 between surface and underground, with 80% of the total said to be from production, development and resource definition drilling and 90% of the company’s revenue come from “global mining majors”.

Mitchell is deriving about 60% of its revenue from the gold space.

Stockbroker Morgans said in a July note it expected a “significant step-up in [Mitchell’s] FY23 EBITDA on full deployment of the expanded fleet and as FY22 issues [weather, delivery delays] abate”.

The broker said Mitchell’s commitment to pay out up to 75% of its net profit in dividends from FY23 answered a key capital management question it believed was restraining its share price relative to its peers.

“We think MSV’s share price has been held back in recent years by the deferral of its clear dividend paying potential while the company prioritised growth,” Morgans said. “The announced policies now remove that uncertainty.

“We think this switch to a shareholder return focus is a game changer, justifying a further re-rating.”

ASX-listed Mitchell’s share price is down nearly 4% in the past month and more than 6% so far in 2022. Its current market capitalisation is around $82m.