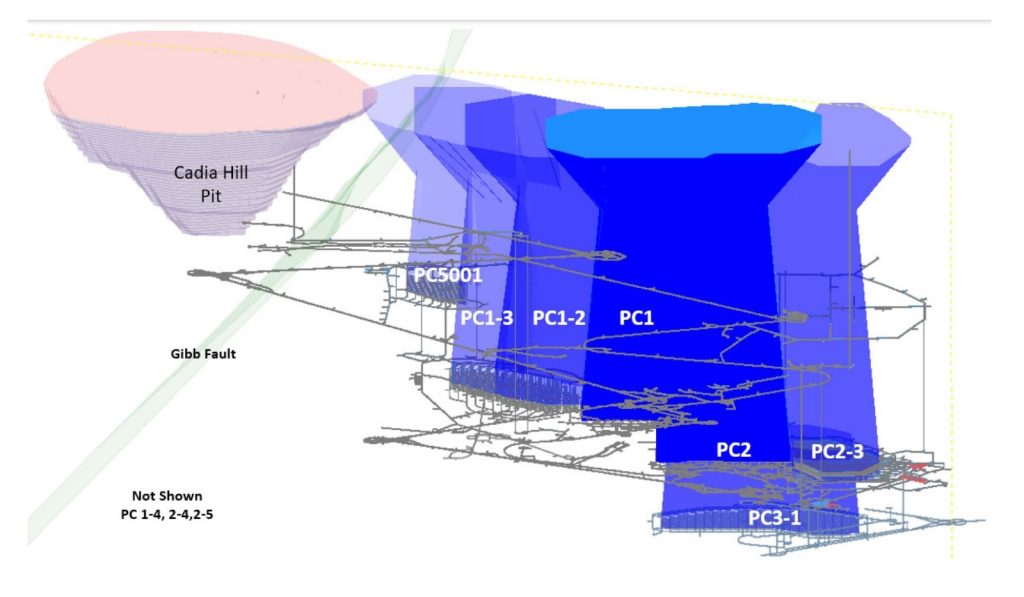 Newcrest said projected average AISC in the FS was higher “on a real basis” because of “higher operating costs, with inflationary pressures across labour, steel, electricity and processing consumables”.

“In addition, copper recovery assumptions are lower, treatment and refining charges are increasing with market conditions deteriorating for shipping, freight, refining and smelting charges, and general and administrative costs are higher due to increasing insurance charges.

“These costs were partly offset by a higher copper price assumption.”

FS capex at circa-A$1.44 billion (US$1.1 billion) is 28% higher than the PFS number due to “a 10% increase in the extraction footprint, inflationary pressures, primarily across labour, contractors, steel, electricity and explosives, and an additional contingency allowance to account for increased volatility”.

An optimised materials handling system would have two crushing stations north and south of the cave footprint to “improve efficiency, utilisation and reduce production loss”.

“Development of PC1-2 is expected to sustain total Cadia mine production at approximately 35Mtpa as production from the current operational PC1 and PC2 caves begin to decline from FY24,” the company said.

“The first draw bell for PC2-3 was successfully fired in September 2022, with first production expected during the March 2023 quarter.

“The PC1-2 cave is expected to take approximately 6-7 years to reach its maximum production capacity following blasting of the first draw bell.”