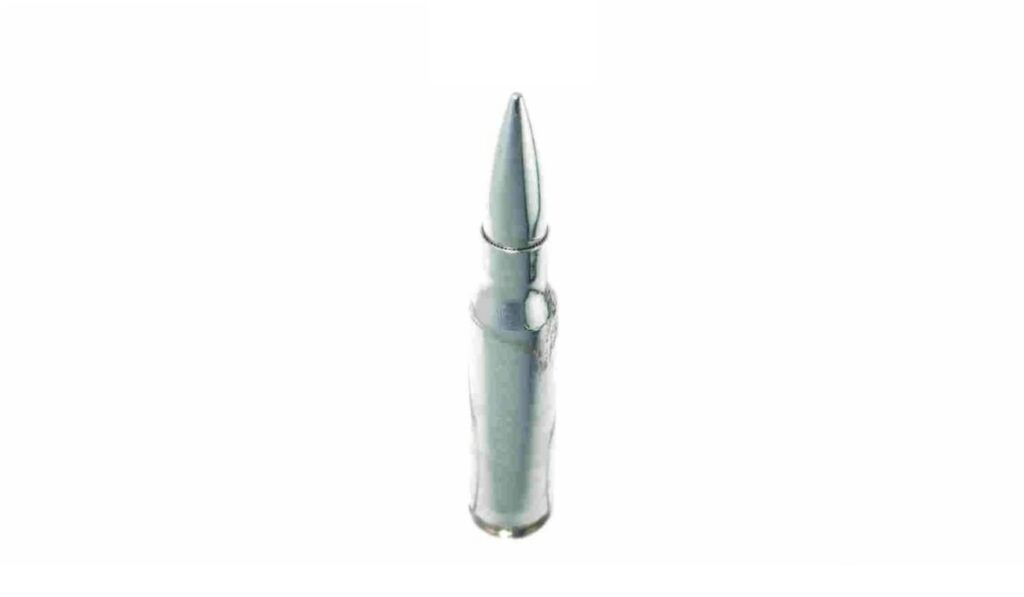 A veteran Australian mine safety boss says flattening of the country’s mining safety performance curve shows the next phase of sustained improvement is “difficult” and the industry will need to dig deeper into harder-to-measure underlying contributors to injuries and deaths. Technology won’t be a silver bullet, he told the Minesafe International Conference 2022 in Perth.

“The mining industry tends to want the magical solution,” professor David Cliff said at the event.

“If they have a problem they want the solution now; they want to implement it now and want it to work forever, and [then] move onto the next [problem].”

However, while evolutionary technology, process and ultimately cultural change had enabled the industry in Australia to successfully address significant innate physical surface and underground mining hazards over the past 30 or so years, the key now to achieving the coveted “zero harm” workplace talked about increasingly by industry leaders rested almost entirely with people – workers and those leaders – and the attitudes they engendered.

Cliff, professorial research fellow at the Sustainable Mineral Institute’s Minerals Industry Safety and Health Centre in Queensland, previously managed the SIMTARS Occupational Hygiene Environment and Chemistry Centre and the Mining Research Centre, and was occupational health and safety advisor to the Queensland Resources Council, in a career spanning more than three decades. He has advised universities and governments around the world on OHS issues, including in regions where safety regulation has struggled to keep pace with minerals extraction expansion.

“Safety has got better but it’s not continuing to get better at the moment,” Cliff said at Minesafe, presenting long-term industry statistics, workers’ compensation and other data underlining the comparatively favourable results for the Australian mining industry, versus other sectors, over the past 20-30 years.

“Mining has made the biggest improvement of any industry since 2000.

“But it’s still non-zero. And it hasn’t changed [in the past decade]. So whatever we’re doing now, sequentially, isn’t making any real improvement at the present time as an industry.”

Cliff said technology and regulation would continue to influence safety outcomes in different parts of mineral extraction value chains, but he used a technology-systems-culture progression chart (below) to highlight where he thought the industry’s focus was, and needed to be, to drive further gains. 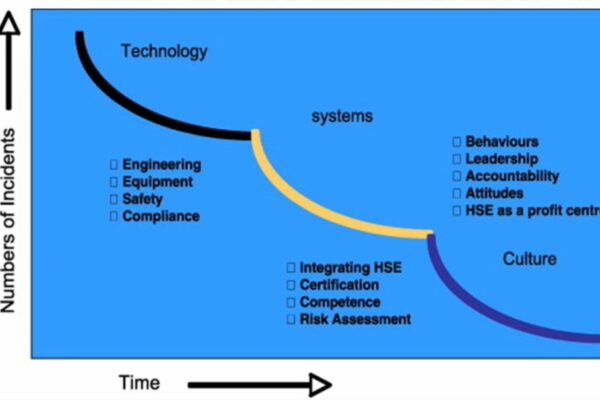 “The hard part is this end where human beings are involved,” he said.

“One issue that always comes up is that people are human.”

While miners talk more and more about technical complexity increasing – around deeper, heterogenous mineral deposits, and market risks – they are being made to confront workplace and workforce intricacies like never before.

‘We humans are complex’

“The complexity is what is stopping the number coming down to zero,” Cliff said.

“To use the words of Deep Thought, from the Hitchhikers Guide to the Galaxy: [it is] difficult!

“I think that we are recognising now more that it is not just the physical factors involved in … incidents, but the underlying factors. [Using] the Swiss cheese model [of system failure analysis in risk management] from James Reason for those who are also as old as I am … We have no fatalities for a year and we think everything is ok, then all of a sudden we have seven. What’s suddenly gone wrong? Probably, in all honesty, nothing has suddenly gone wrong, it’s just that the Swiss cheese has lined up this year not last year.

“It’s those complex factors we have to get our heads around, especially given that we put aggravating factors like big machines, complex systems and low manning levels – or personning levels, whatever the phrase is – on top of those things.

“Workplace health is an evolving area.

“Psychological harm [in the workplace] is the big thing we’re all now aware of, but I don’t think we pay enough attention to how psychological unwellness, if that’s a word, can contribute to accidents and incidents and harm, to not just the person involved but others.

“Often in the early stage of [any] illness it’s very hard to detect.

“There’s also the thing called presenteeism. The worker is still at work because he doesn’t think he’s ill, but he or she is not functioning at capacity. That means to me – especially if you put them in charge of a large, 400t haul truck driving at speed on a mine road – they are at increased risk of harm to themselves and others.

“Presenteeism is a non-measurable parameter that can be potentially a big issue. And that can be from a physical disease or mental impairment.

“Unfortunately, for workplace health, a lot of things can’t be measured, not easily or directly, and that’s going to be an ongoing challenge. How you persuade hard-headed people, who need to see [numbers] to be persuaded that something needs to be done, with the evidence to say this is an issue that needs addressing.

“No mine site I’ve ever been to has excess staff just sitting around waiting to do something. The lack of events doesn’t mean it’s not going to happen. But lack of events can tell your boss you don’t need to do something; [that] something else is more important. And that’s a challenge [for the industry] – how we sustain focus on issues.

“We need performance measures, because everyone believes in numbers, and has dashboards and things to deal with it, but they’re aligned to quantity, numbers usually, not quality.

“How you do things matters just as much as how much you do.

“Being as old as I am, I’ve seen a lot of initiatives in my lifetime, to improve health and safety, and I’m not going to recommended any particular one over another one. I would just say, as much as what they are, it’s how you do them that matters. And whether you continue to do them, or not, that matters as well.

“One of other problems when dealing with health is it’s not something we can do in-house on site very easily. The big companies like BMA and Anglo and Rio will have people they can access. But smaller companies won’t have that, and you need that expertise to adequately assess and evaluate the health issues.” 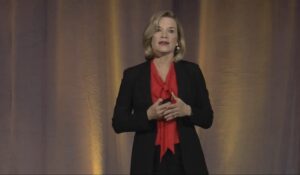 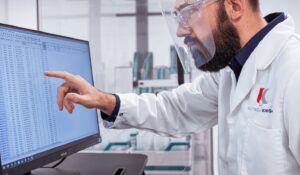 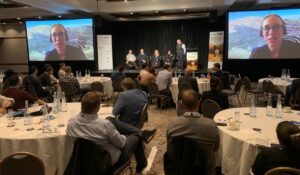 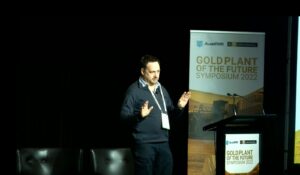 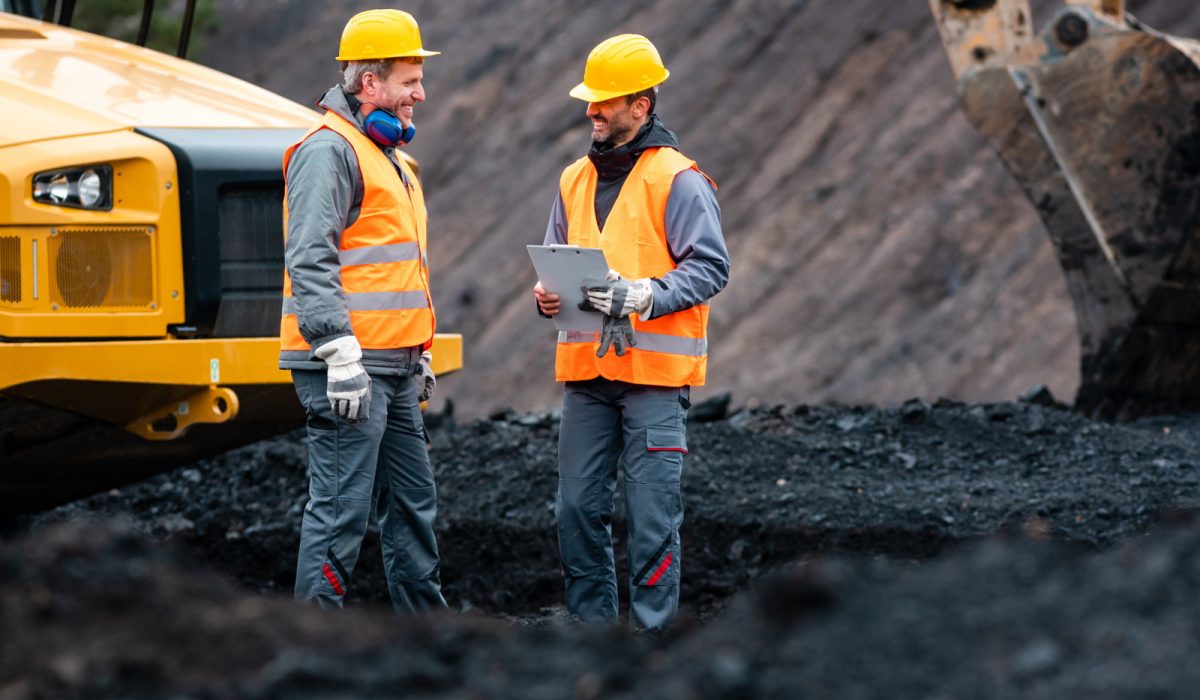 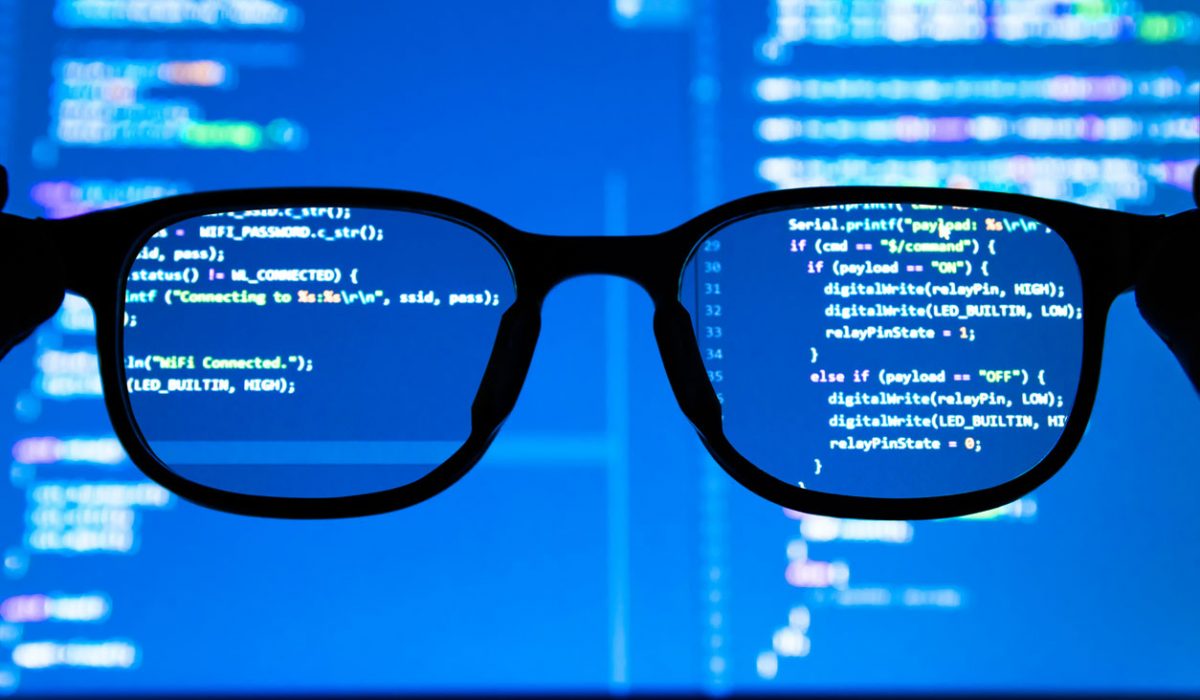