Orica looks for road back to explosive returns 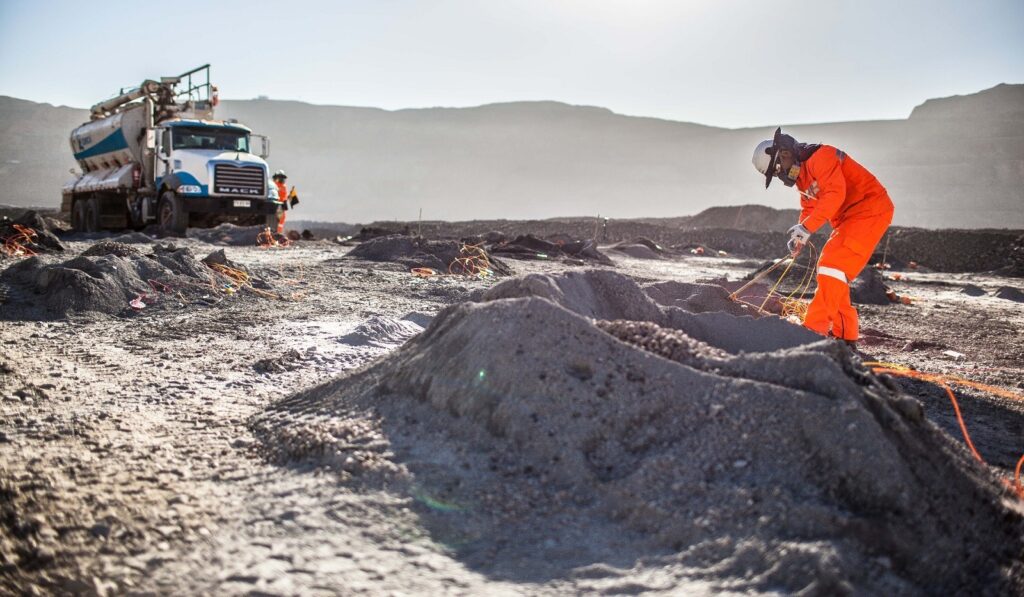 The world’s leading supplier of mining explosives has failed to take advantage of key market advantages in the five years since the bottom of the last mining investment cycle. Can its new CEO Sanjeev Gandhi articulate a plan for the future that investors can believe in when Orica posts its FY21 results on November 11?

ASX-listed Orica, among the world’s major mining consumable and technology suppliers, has seen its share price fall by about 5% in the past five years. It did climb above A$24 late in 2019 – more than 36% above the current level.

But despite “favourable structures” and significant investment in the business over the past nine years, Orica’s share price and earnings performance “has been disappointing for some time”, according to one big investment bank.

“EBIT has more than halved since 2014,” says Morgan Stanley.

The bank argues a lack of market confidence in future earnings has seen Orica’s earnings projections for this year and the next two progressively downgraded. It has the company’s revenues growing by 4.8% next year and more modestly the following year.

But the bank’s analysts suggest all eyes will be on Gandhi’s strategy update in about two weeks.

“Management has indicated that Gandhi will provide an update outlining key pillars of Orica’s new strategy,” they said this week.

“We believe that the strategy update could provide a catalyst for a meaningful re-rating as the company looks to break out from a protracted period of earnings declines and underperformance.”

Morgan Stanley has the “most favourable commodity pricing environment in over a decade” among a range of potential positive catalysts for Orica – driving product volumes and possibly better pricing – while it sees reduced capital outflows helping the company to generate stronger returns. The bank also expects “to see technology at the forefront” of Gandhi’s plan.

“Analysis of Orica’s capital expenditure since FY12 shows a total capex spend of A$3180 billion with $1350b of this classified as growth capex. Overall capex has consistently run well ahead of depreciation over this period,” Morgan Stanley said.

“As noted, Orica has seen a marked decline in earnings over this period. This indicates that this capex has failed to deliver an adequate return. While a counter argument could be the profit declines would have been greater without this expenditure, we don’t believe that this argument is valid because peer Incitec Pivot’s explosives earnings over time have not declined to the same extent.

“Under Gandhi we expect to see a greater focus on capital return and more stringent returns focus. We are interested to see the shape that this takes and the benchmark that is applied – Orica was known for its 18% RONA [return on net assets] target during the 2000s.”

While noting competitor offerings have steadily eroded premiums initially received for a number of Orica’s key technology innovations, Morgan Stanley thinks new wireless detonator, blast design and analysis, and explosives delivery technologies and systems are among R&D and innovation initiatives that can make a difference for the company in future.

“We see technology representing a point of differentiation for explosives manufacturers allowing them to separate themselves from just being purely a provider of commodity products,” the bank said.

“Non-explosives adjacencies” – exemplified by 2017 acquisition, GroundProbe, and its ground monitoring focus which “appears” to have performed well – could also be added organically or via small acquisitions.

Morgan Stanley said Orica was is the “only explosives manufacturer with a truly global footprint”, commanding significant positions in Asia Pacific, North America and Latin America, and having a presence in EMEA. The key regions generally featured duopolies in markets that presented any newcomers with high barriers to entry.

“Much of 2020 was beset by lower commodity prices, a swathe of COVID impacts on mining activity and an adjustment as trade tensions disrupted coal markets,” the bank said. “However, these factors have improved across 2021 and we believe that Orica enters FY22 with a much improved demand profile.

“In FY22 we forecast about 38% growth in EBIT. This is driven by a rebound in ammonium nitrate volumes across all regions, which is compounded by a recovery in operating leverage.”

While gold (22% of explosives demand/sales) and copper (17%) are firing, Orica has also been enjoying favourable bulk commodity tailwinds. However, investors might find more clarity on how Orica sees future commodity exposures impacting its growth and earnings helpful.

“Thermal coal end-markets are currently strong, but this remains a challenging exposure for Orica in the long-term,” Morgan Stanley said.

“Thermal coal represents 18% of Orica revenue, and a modestly higher proportion of group EBIT. The majority of Orica’s thermal coal exposure is located in Australia, specifically New South Wales, and ORI has smaller exposures in Indonesia/Asia and North America. Global thermal coal prices have increased with the broader energy rally seen in the past six months, and we view this as a positive tailwind for explosives demand. On the other hand, we view Orica’s thermal coal exposure as a longer-term challenge to earnings, as economies shift away from fossil fuels.

“In 2020, New South Wales’ three top thermal coal export markets – Japan, South Korea and China – all announced their intention to achieve net zero emissions by the middle of the century. In response, the NSW government released new projections for coal production under three different scenarios – forecasting coal demand to decline by 20%, by 50% or by 100% to 2045.

“These scenarios result in 14-32% reduction in group EBIT, and we note this does not include any mitigation efforts such as rationalisation or growth in alternative end-markets.”