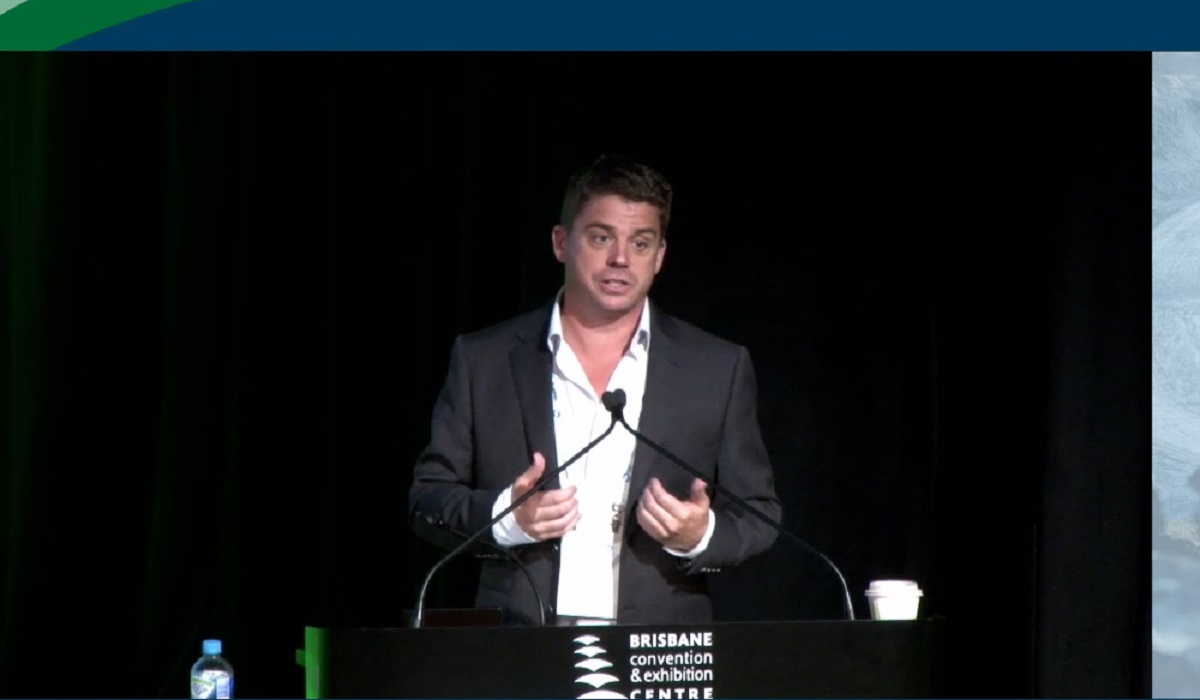 Australia’s Plotlogic could catapult into the lead in the fast-growing mine rock-sensor market over the next year or two after securing US$18 million of venture capital to accelerate sales activity in South America and other offshore markets. Founder and CEO Andrew Job told InvestMETS the company had “very strong offshore and domestic opportunities” in its pipeline.

The value of these opportunities has been put at circa-A$90 million and Plotlogic’s 2022-2023 revenue target at A$100m-plus. The 2018 start-up more than doubled its workforce last year to 45 people and hopes to grow that to 100 this year.

“We are growing at a rapid rate and this funding will allow us to expand our offering in Australia as well as internationally,” Job said this week while attending, and speaking at, the 2022 AusIMM International Mining Geology Conference in Brisbane, Australia.

“We recently opened an office in Brazil and are planning to expand into other geographies as well.

“The capital will also allow us to bring new products to market.”

Former mine manager and general manager Job told the International Mining Geology conference: “We now have a really good face mapping technology that’s been predominantly developed in surface mining areas. We tightened our focus on that mapping technology and have gone forward with evolving the technology stack all across different parts of the [mining] business.

“We’re building out a really amazing partnership with a few clients that are looking at this specifically for an underground application – we’re doing underground deployment over the next month – for developing the drive and integrating that workflow so you can actually go out, map the face before the shotcreters come along, and do it within a few minutes and then have that all georeferenced back into your model and able to be used straight away.

“We pride ourselves on being an innovation business and really pushing the boundaries of what’s possible [and] we’ve actually developed a downhole instrument as well. [We can] run an instrument down a blasthole and collect information on mineralogy, hole shape, angle, depth, etc, also in near real-time.”

Job told InvestMETS: “There is a massive opportunity here. We’re aiming to fill the gap that exists in data across the entire mining system to enable smart decisions and better environmental and economic outcomes for our clients. Our focus is on making technology that is autonomous, accurate, and reliable in harsh conditions.”

He said building a large team out of Brisbane, in a tight Australian labour market, so far hadn’t been a problem. The AusIMM conference heard Plotlogic had 25 software engineers and 7-8 PhDs in its workforce.

“The technology that we are working on is an exciting confluence of real-time field robotics and automation, combined with cutting edge AI and machine learning techniques, so from a technical perspective this is an extraordinary place to work,” Job said.

“We promote experimenting and developing new innovations so there is always something exciting for people to work on and, as a consequence of this, we have an amazing team of extraordinarily talented people.”

Asked about opening an office in Brazil ahead of other international locations, Job told InvestMETS: “South America is a great natural expansion case for us. We have strong connections there through our partnership with BHP. There is huge pressure there from the public and from investors to adopt new and better safety and environmental standards as well.”

While Australian investors have traditionally been among the world’s biggest punters on high-risk mineral exploration, and mine development, most investment in mining-related technology development has come from offshore – either through industry suppliers, or specialised investment groups. Plotlogic has so far sourced most of its growth funding out of North America.

“Our experience with North American VCs has been very positive,” Job said.

“They are extremely sophisticated and have an exceptional understanding of what makes deep tech business successful. They’re also willing to be pioneers rather than followers in terms of new technology and trends.

“Australia is definitely a mining friendly country and one that has a great history of innovation. We fill a niche in bridging these two domains and as we grow we are seeing progressively more interest locally.

“Demand for the tech speaks for itself; we’ve signed some of the biggest miners globally in the last 12 months. We’ve also been aided by our team’s experience in the mining business. We know how mines operate and how it can be done better.”