ASX-listed minnow PolarX will look to resource extension drilling at its Alaska Range copper-gold project in Alaska, USA, to enhance the longevity and economics of a 6.5-year operation outlined in a new scoping study.

PolarX said the 600,000 tonnes per annum predominantly underground mining and conventional processing operation could yield more than 83,000t of copper, about 130,000oz of gold and 888,000oz of silver at average C1 copper costs of US$1.89/lb after pre-production capex of US$111 million. The capex number excludes mining equipment and power generating infrastructure which PolarX has being supplied by contractors.

It wants to start underground mining at Zackly (current resource of four million tonnes grading 1.1% copper and 1.6gpt gold) and then follow a brief opencut mining campaign on about 935,000t grading 4.4% copper of near-surface resource at nearby Caribou Dam with underground development. Caribou Dam has total current JORC resources of 2.8Mt at 3.1% copper. 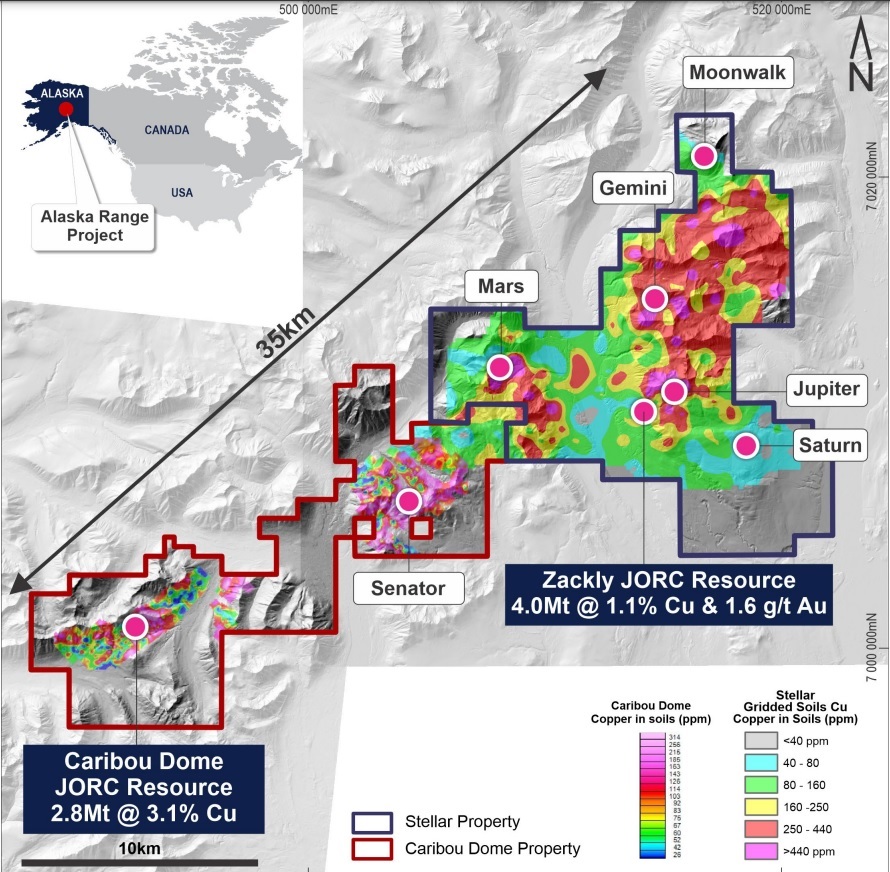 PolarX said drill intersections over more than 800m of strike length at Caribou Dam were open in all directions.

PolarX is planning for standard diesel mobile equipment and thermal power supply at this stage.