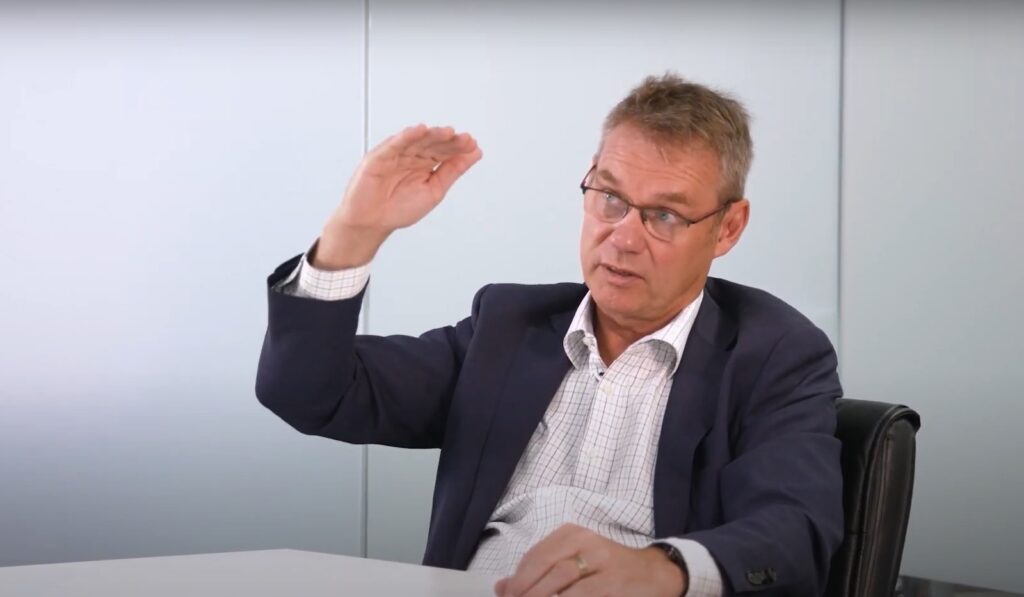 Investors who buy the premise that mining is going to be a key growth area for various technology providers this decade might currently be accumulating stock in the few equities providing some sort of direct market leverage. They’ve generally been taking a hit from the broader tech-sector “correction” on public exchanges.

Canada’s GoldSpot Discoveries (circa-C$95 million market cap) has been impressive in the past 12 months, trading up more than 120%, but has lost 24% of its value since the start of 2022. Another TSX minnow, MineHub Technologies (C$55m), has dropped 6% this year and about 50% since November last year. In Australia, K2fly (A$35m) has dipped to nearly half its 52-week high of 43c.

The bigger ASX-listed mining software-consulting hybrid, RPMGlobal (cA$432m), is up 45% in the past year but down 12% so far in 2022. Relative heavyweight, Imdex (A$1.11 billion), has generally defied the trend this year and climbed about 55% in 12 months as it continues to build its mining tech earnings.

Most of these companies are in fact hitting growth milestones in markets ranging from AI-assisted exploration and blockchain-based supply chain management, to environment, social and governance reporting. High valuations put on mining-tech targets by trade and private equity buyers in the past year are another positive underlying signal to investors.

“There is no hiding the fact that we’re a little disappointed in how it’s [share price] been going over the last couple of months when we’ve seen a big correction in the way technology stocks are valued,” K2fly CEO Nic Pollock said when the company announced its FY22 first-half results at the start of this month.

The five-year-old ESG software developer and acquirer is diminutive, notching up December-quarter annual recurring revenue (ARR) of A$4.8 million – double the ARR in the same period in FY21. Cash receipts for the latest quarter were $2.7m, about 60% higher than a year earlier.

But the calibre of K2fly’s client list, the escalating value of deals, including better pricing, and trend analysis pointing to higher mid-to-large-tier mining company investment in ESG reporting systems over the next few years all seem to support a wider-lens view of the company’s prospects.

“The company is trading at about, in terms of our market cap, just two-times our total contract value, which I find astonishing,” said Pollock, an experienced mining IT executive who took over from inaugural K2fly CEO Brian Miller last September.

“I also find that incredibly interesting as an investor in terms of opportunity.

“We are as bullish as we’ve ever been. The conversations we’re having with clients and prospects today are very much more qualified than they have been in the earlier days, which is not a surprise, but given that we play on our own in a number of these spaces where we serve solutions … that gives us an incredible amount of leverage and we’re finding more and more of the customers or prospects are coming directly to us without going to the market.”

K2fly spent about A$9 million on acquisitions between mid-2017 and early 2021 as it sought an initial path to circa-$20m a year of ARR and different ways into larger mining companies updating and standardising key reporting systems. In April last year it outlined a $490 million addressable market for resource inventory, land access, ground disturbance, community/heritage, tailings management and rehabilitation reporting tools, for tier 1-to-tier 3 miners, and said the value of mining projects and companies was increasingly being impacted by their governance and disclosure of ESG risks.

“I don’t need to lecture people about the importance of ESG and sustainability and about how that is becoming a day-to-day conversation, and in industry terms very much like occupational health and safety [reporting] that we saw 10-20 years ago that became normalised within the business,” Pollock says.

“Community, heritage, access, ground disturbance, tailings, rehab … [Mining companies have] all been [reporting on] them for some time, they just haven’t been very well systematised.

“Now they’re under incredible scrutiny from investors and regulators … [and] they admit they’re now looking at these systems as major points of risk in their ESG strategies.

“Things companies have often built inhouse [are] not terribly well integrated and don’t stand up to the modern standards and expectations. We are replacing systems that are integral to the way you run and operate your business, which have huge impact on your ESG performance and results, and the way that you are assessed by your stakeholders.

“Auditability and transparency are becoming more and more key as expectations rise, and obviously they need to look at technology as a way of delivering those benefits.”

K2fly’s “entry” deals with a raft of major mining groups – including Australian iron ore and global gold heavyweights – centred predominantly on resource inventory management. Pollock says the addition of community and heritage, ground disturbance and other reporting layers has scaled up ARR levels with individual companies, culminating in deals such as the $3.5m December-quarter contract with Rio Tinto to roll-out K2fly’s ground disturbance product at all of its Western Australia iron ore sites.

That was the biggest single deal yet for the software company. Rio Tinto was replacing systems that had been in use for “well over 10 years”.

“The deal sizes are larger because we’re talking about big operational systems that drive and have a major impact on a company’s ESG performance,” Pollock says.

“What we’re seeing right now is just a tsunami of demand coming in for that particular solution because of what they know and their hesitance to do things without knowing they are protected in that area.

“We see this trend of bigger and bigger deals continuing and we see the pipeline is continuing to grow very strongly.

“We’ve been talking about some of the solutions for a couple of years now, and seeding the market.

“What’s changing is a lot of those organisations have been watching, listening, getting budgets in place – because these things don’t happen fast – and now a lot of them are moving. They’ve got this 2023 deadline in tailings [conformance with the International Council on Mining and Metal’s new Global Industry Standard on Tailings Management]. We spent a lot of last year putting in proposals, working with customers so they can get their budgets in place.

“So, no doubt about it, I’m super bullish about the pipeline.”