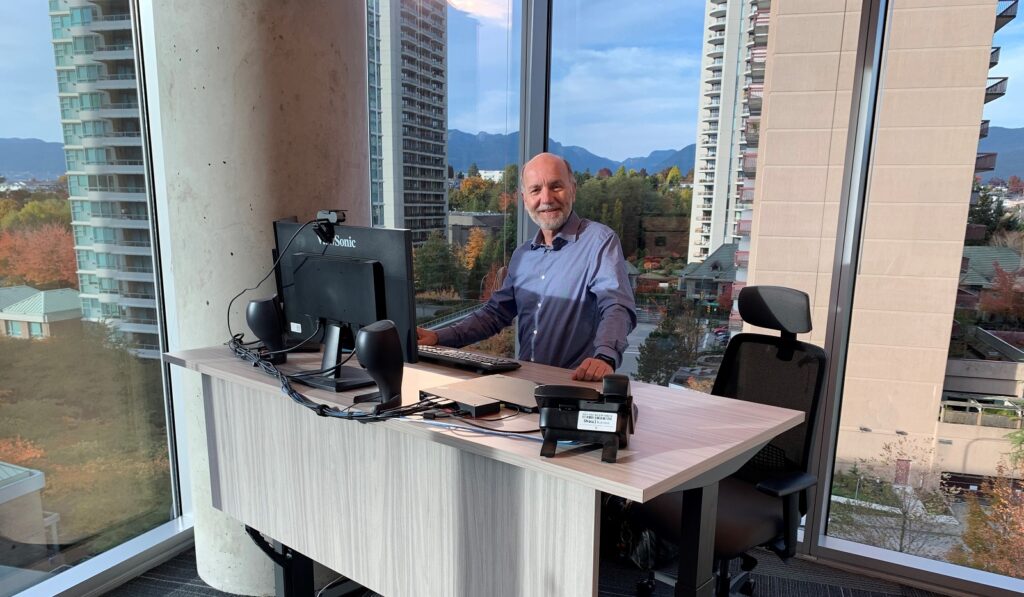 Procon Mining & Tunnelling’s new digs in Burnaby, east of the Vancouver city centre in British Columbia, are only a few blocks away from its old head office. But the recent move by one of Canada’s oldest specialised mining contractors might just be coinciding with the biggest shift in its fortunes in a decade or more. CEO John McVey likes the view ahead.

Procon, which turns 30 in 2022, is looking to double in size in the next five years. If it rides a hot domestic mining market to this goal, the contractor will graduate to the top tier of underground hard-rock mining contractors not just in Canada but internationally.

“My senior leadership team and I had an offsite maybe a month ago and we’ve mapped out a plan to double the size of our business over the next five years,” says McVey, who has led Procon for the past 6.5 years. The former Bechtel and SNC-Lavalin executive guided the company’s move into Quebec three years ago, opening up important new growth channels for the former BC-centric business. He’s overseen the introduction of business and governance protocols vital to its next expansion and possibly ownership steps.

“We’re seeing the market gain momentum and we’re well positioned across Canada. We think that [growth] opportunity is available to us,” McVey tells InvestMETS.com.

The major obstacle looming in front of Procon and other Canadian METS (mining equipment, technology and services) enterprises, and indeed mining companies, is the prospect of a tightening labour market.

While recognition of the potential for Canada’s nascent battery and critical minerals development sector to be the dominant supplier of raw and processed materials into the region’s new energy and manufacturing supply chains might influence a shift in government policy on imported workers, McVey says the industry doesn’t currently have that trick up its sleeve. He believes this continues to slow investment in resources projects in Canada.

“The federal government has always had a very restrictive foreign worker policy, so that’s never been the answer historically. Maybe that will change going forward.

“But as things stand we will, in a hot market, run out of workers.”

“We have what we call our diversity, equity and inclusion initiative, and we’re sort of piloting that in one region, Saskatchewan, where it is being received with a fair amount of enthusiasm,” McVey says.

“The realities of our business in the northern remote regions are that it’s challenging, and it’s difficult when you have a family and other responsibilities.

“In Saskatchewan our business is a little bit different. There’s a lot of potash work and people can live in urban centres and drive to the mine. So we think it’s a good location to pilot this diversity initiative. We’ll learn from that and keep building.

“We need to put all the resources to bear that we can if we’re going to support our growth plans.”

Procon has been a leader in engaging and working with Canada’s northern indigenous peoples almost since its inception and McVey says this remains a focus – he believes a key point of difference – for the company.

He cites Canada’s first diamond mine, Ekati, in the Northwest Territories where Procon has been doing mine development and production work since start-up more than 20 years ago. It has worked for three different owners and with three first nations groups, all based in Yellowknife. “We’ve been the constant for 20-plus years,” says McVey. “Us and our indigenous partners.”

At the Brucejack gold mine in northern BC’s Golden Triangle, about 20% of Procon’s 350-strong workforce is indigenous. Brucejack is Procon’s largest current contract. Owner Pretium Resources is being acquired by Australia’s Newcrest Mining in a US$2.8 billion deal that will see Newcrest add to its Red Chris footprint in BC.

“I don’t think there is a contractor in Canada that has more longstanding partnerships with indigenous peoples,” says McVey. “Some of these relationships are 15-20 years old.

“Where we probably stand out as a contractor is sort of remote, northern projects; winter ice-road mobilisation, flying in the gear to the top of a mountain … and working with indigenous communities on whose traditional territory the mine is located. That’s really our DNA.

“We currently have about 1000 employees. We’ve been hiring and growing. Our recruiters make me feel good when they tell me how excited the new recruits are about joining Procon because I think we have established a reputation as a contractor that takes care of its people.

“A lot of our work is fly-in, fly-out. One of the unique aspects of our company is we have our own travel company. We have an IATA licence. So we don’t outsource the travel, we have a group that manages that inhouse. It sounds like a small thing but … there’s a certain way to talk to miners, and look after miners, and respond to their needs. And boy, during COVID did that ever prove to be a valuable aspect of our business.

“And we’ve been doing that for a long time. I think you’d find with a contractor like us our retention is very high, our turnover very low. It’s really a pretty simple business, right. It’s all about the people. We have some equipment of course, but attracting people, retaining them, getting them to work safely and productively; that’s really what it’s all about.”

Procon had a bumpy ride to the bottom of the market in 2015-2016 after China’s CAMC Engineering bought control from founders Ed Yurkowski and Jim Dales at the top of the cycle in 2012. The view outside was that CAMCE may have paid too much. Now, nearly a decade later with Procon climbing and the geopolitical landscape altered, an exit seems likely.

McVey naturally wouldn’t be drawn on that question, but agreed 2022 shaped as a fascinating juncture for the business given its strong order book and the market outlook.

“We peaked in 2012 and then we headed down downhill,” he says. “And it was a long downhill – probably a little longer than most cycles I would say. It started to stabilise and turn back up in late 2017 and by 2019 you could tell the market was in a better place. And then along came COVID.

“I joined in 2015 when it was still in that downward trajectory. We had to build some systems and create a bit of a different culture. There are no shortcuts when you’re doing that. It’s something that takes time and it took several years.

“There is opportunity here. There are some longstanding contractors, but there are certain regions of the country that aren’t well supported.

“One of those that I recognised a few years back is Quebec. In Quebec there are both language and cultural differences that need to be understood and respected.”

McVey spent about three years based in Montreal with Bechtel.

He saw a need for Procon to build its presence in eastern Canada. “But rather than go to Ontario where most of my competitors are domiciled, we did an acquisition in northern Quebec, in Val d’Or, which is French for valley of gold. We acquired Promec Minier but at its roots it was the Ross-Finlay organisation, a 60-70-year-old famous Quebec underground mining contractor.

“We went there because we saw a prominent Canadian mining jurisdiction, taking in the very, very busy Abitibi gold belt, that was under-serviced by the underground contracting community.

“We’ve been there three years now and it’s going great. We’re picking up work and we’re growing as fast as we can.”

McVey says 85% of next year’s revenue is covered by long-term contracts. He sees a strong pipeline of new opportunities in potash, gold, copper, base metals and uranium. Battery minerals and rare earths are attracting fresh investment. He believes the arrival of Australian gold producers, with aggressive development schedules, is a significant positive for Canada’s METS companies.

Procon expects to conclude work for Agnico Eagle at the Kittila gold mine in northern Finland in the first half of next year. It has an office in the US, but McVey thinks the domestic market will keep the company busy for the foreseeable future.

“It’s go-time for sure,” he says. “We’ve got a good runway and I’m really excited about that.

“We’ve got the country book-ended.

“We’re not a Redpath or a Byrnecut – we’re sort of a mid-tier player – but we’re a very prominent Canadian brand and we’re well-positioned for growth. And there are some things we do with the workforce that are unique and that is kind of the secret sauce.

“People ask me when are you going to retire. As a mining guy, having suffered through the last six years, I’m going to enjoy as much of the upside as I possibly can.”