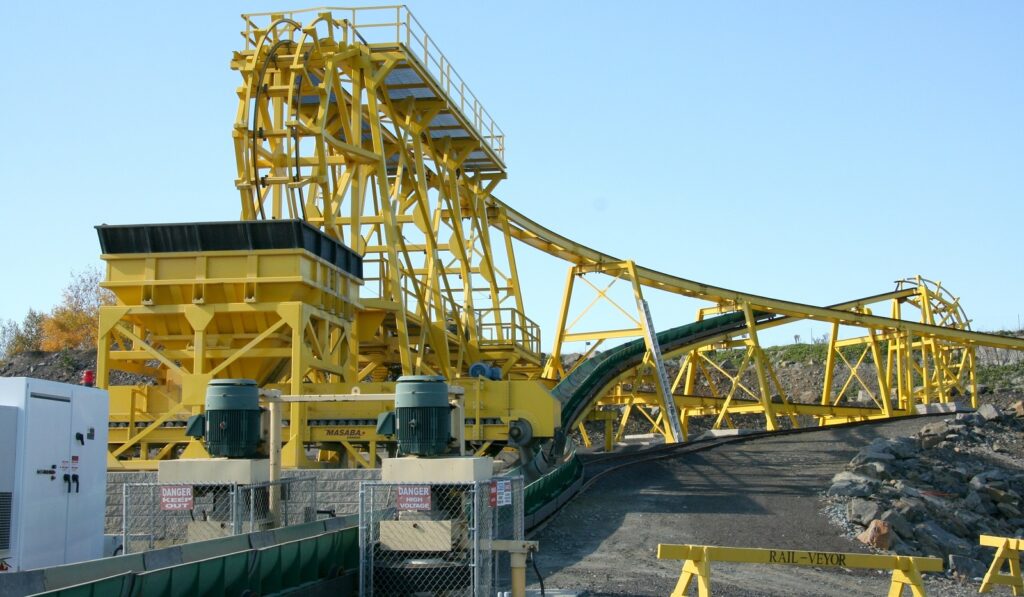 Integra Resources could replace a quarter of the truck fleet at its proposed US$280 million DeLamar gold-silver redevelopment project in south-west Idaho with a Railveyor light-rail system spanning the circa-10km between the main Florida Mountain and DeLamar sites. TSX-listed Integra is seeking to restart production at DeLamar more than 20 years after low gold and silver prices shut it down.

Railveyor is a privately-owned manufacturer and technology minnow based in Sudbury, Ontario. Its website says seven Railveyor deployments have been completed, including four in the US.

Integra has established proven and probable reserves containing 1.8 million ounces of gold (at an average 0.45 grams per tonne) and 92.4Moz of silver (average 23.27gpt) to underpin plans to produce an average 110,000 ounces of gold-equivalent a year at AISC of US$955/oz for 16 years (using a US$1700/oz average gold price and $21.50/oz silver). Its new pre-feasibility study shows initial heap leach production could average 136,000ozpa gold-equivalent for seven years. This could be expanded after two years with milling of non-oxide ore to get annual output up to 163,000oz gold-equivalent in the first eight years.

Integra is looking to projected average after-tax annual cash flow of US$102 million from the heap leach base case to internally fund 6000 tonnes-per-day of milling capacity and infrastructure, including tailings facilities, expected to cost a further $195 million.

“Mill construction in stage two can be pushed out as necessary,” the company says.

It says the Railveyor installation, composed of light rail train cars propelled by stationary drive stations and controlled and optimised by sophisticated automation software, is among several “sustainability-driven initiatives to decrease the environmental footprint of the project … replacing the equivalent of approximately five diesel haul trucks”. Two hydraulic shovels and 16 haul trucks would make up the primary in-pit mining fleet.

“Downhill portions of the [Railveyor] haul will generate power regeneratively, and ancillary benefits will include reduced noise and dust levels, and reduced water consumption for dust mitigation,” Integra said.

Onsite microgrid power featuring a 12-megawatt solar array, 4.5MW-hours of batteries and a liquified natural gas generation plant would be built by an external operator and leased by Integra on a long-term contract.

“Greenhouse gas emissions from this energy mix will be an estimated 13% lower than the current local utility grid mix. The microgrid levelised cost of energy is 63% lower than the local electric utility,” Integra said.

“The incorporation of these plans is not only crucial to lowering the project’s greenhouse gas emissions, but they also importantly drive stronger economics … demonstrating how mining projects can benefit economically from taking steps towards sustainability.”

Railveyor says: “Railveyor systems have been installed and are in continuous use in the United States, Canada, South America and Kazakhstan. In every installation we have helped drive significant opex reductions – as high as 81%.”