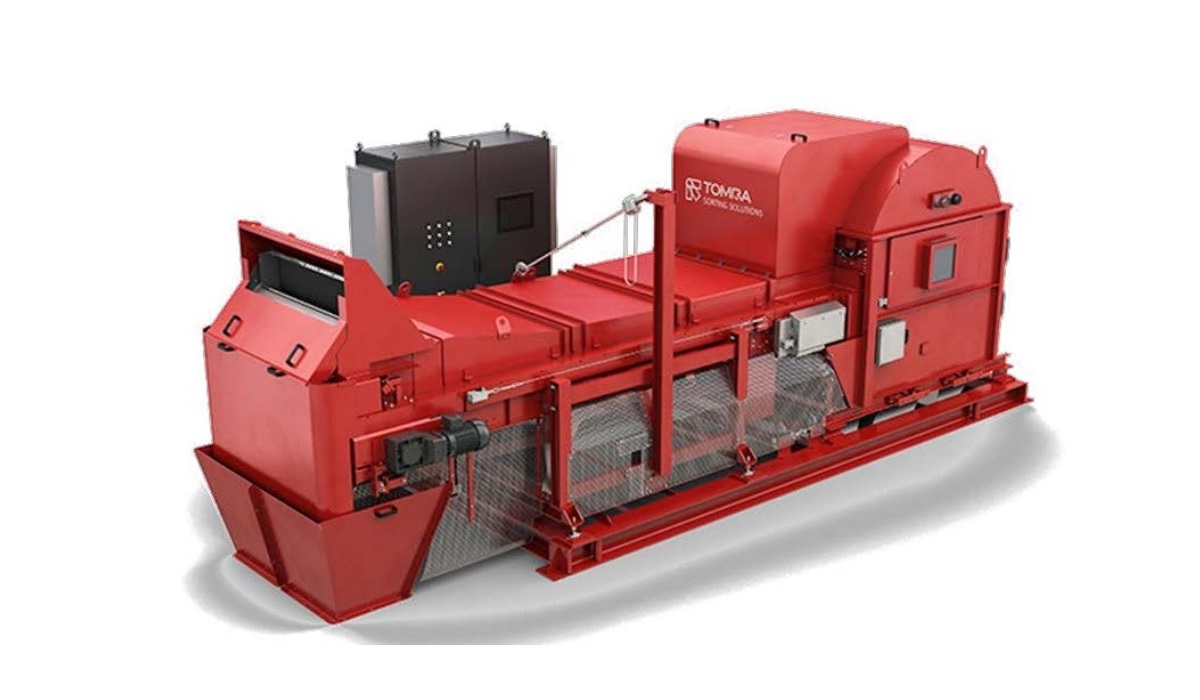 Ore sorting testwork on a composite sample collected from the primary zone of what RareX describes as its “globally significant” Cummins Range deposit was conducted at a TOMRA Sorting Solutions facility in New South Wales. The material was crushed to a P100 grind size passing 30mm and screened at 10mm in preparation for the testwork.

RareX said it was aiming to assess the amenability of the material to ore sorting and producing a high-total rare earth oxides (TREO) product fraction with as-high-as-possible TREO recovery by way of high-density REE-bearing inclusion product ejection. The testwork sorter was a TOMRA COM Tertiary XRT (X-Ray Transmission) unit – pictured above.

“To set up and train the sorter and to parameterise the software, images were taken of the samples while samples were exposed to high energy X-rays,” RareX said.

“The X-ray sensor signal depends on atomic density and material thickness and gives information on the inner composition of the particles. By combining two energy levels simultaneously, it is possible to differentiate particles by their atomic densities.

“Based on changes in the X-ray intensity, the images were mapped and classified as either high atomic density or low atomic density using proprietary TOMRA Sorting image processing software, and the sorting-task algorithms specific for the Cummins Range ore were developed.”

Test results showed 93% of the total rare earths in the feed material was successfully maintained in the ore-sort product, with 48% of the mass rejected as waste.

RareX is now going to do more ore sorting testwork to “improve on the current results and optimise the ore sort circuit”. The next testing phase will be at both batch and larger scale using bigger representative samples.

“This testwork shows that there is good potential to upgrade the primary material ahead of grinding and flotation, essentially doubling the feed grade for the project and drastically improving the project economics,” RareX managing director Jeremy Robinson said.

“This is an exciting and very positive development, particularly given the rapidly growing scale of the project with current drilling. We are looking forward to results from the next phase of primary flotation testwork, now underway.”

Cummins Range, near Halls Creek in WA’s Kimberley region, has a JORC indicated and inferred resource containing 18.8 million tonnes of 1.15% TREO and 10% P2O5 with an estimated neodymium and praseodymium (NdPr) to TREO ratio of 20%.