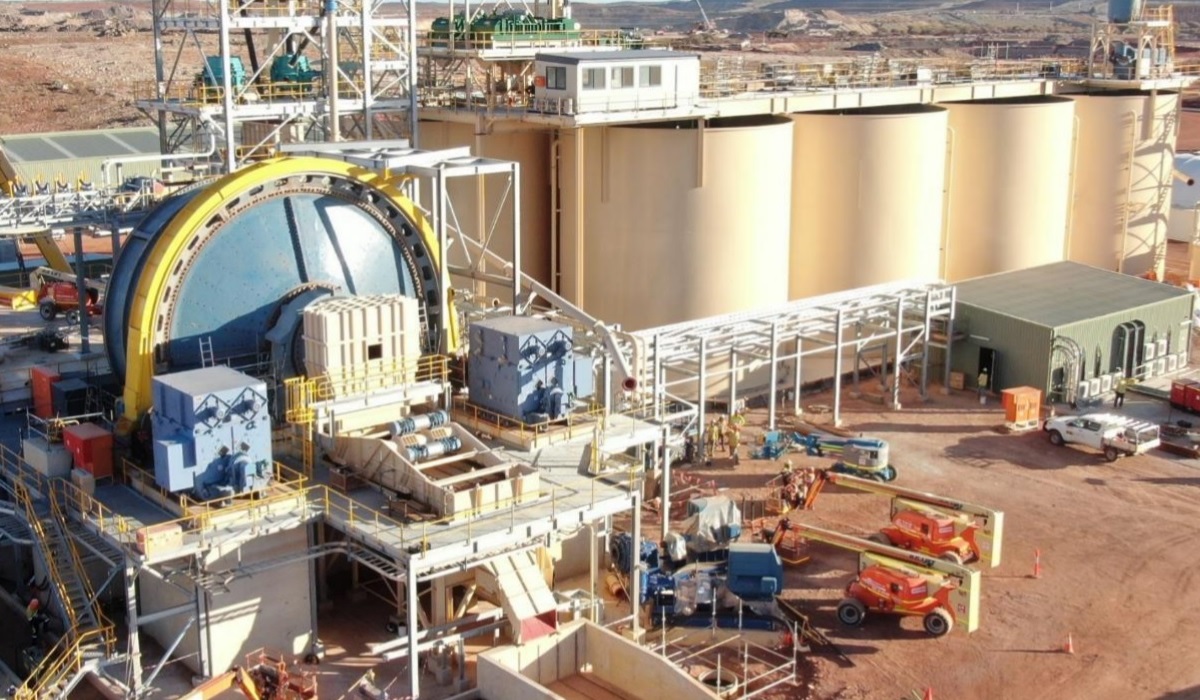 ASX-listed Red 5 says its A$226 million King of the Hills gold project in Western Australia remains on track to produce gold in the June quarter, with the build said to be 83% complete at the end of December and surface and underground mining contractor Macmahon mobilising to start work next month.

Amid supply chain and labour issues in COVID-shuttered WA, King of the Hills (KOTH) reportedly has all its critical equipment – mills, crushers, conveyors and power station – in place while Macmahon’s recruitment activities “are progressing to plan”.

KOTH, one of the country’s biggest ‘new’ gold mines – based on expansion of former openpit and underground mines and the addition of a new plant, camp and power infrastructure, is set to produce about 150,000 ounces of gold in FY23 and more than 200,000oz in FY24. AISC is forecast to average $1339/oz in the first six years and $1415/oz over the current 14-year life-of-mine.

At an Australian-dollar gold price of $2500/oz – currently A$2578/oz – KOTH is forecast to generate A$144 million per annum of net free cash flow in its first six years of operation.

KOTH is a top-10 gold deposit in Australia by ore reserves with 65 million tonnes grading 1.2gpt for 2.4 million ounces. Its current total resource is put at 91Mt at 1.4gpt for 4.12Moz.

“Red 5’s decision to fast-track development of the KOTH project back in 2020 is paying off, with the company in the unique position of being ahead of the curve in terms of the cost inflation currently being experienced across the resources sector,” Red 5 managing director Mark Williams said.

“We now have all elements of the SAG mill largely in place, the stacker conveyer erected and the assembly of the gyratory crusher nearing completion.

“This is also a credit to the outstanding work of our in-house construction team, led by Warren King, and our contracting partners, MACA Interquip. We are working together collaboratively to ensure we complete the final few months of construction activity in the same vein as we started and deliver this project on time and within budget.

“Our operations team is working closely with our mining contractor, Macmahon, with equipment and crews now mobilising on site ready to start mining in advance of the commissioning of the plant. Macmahon’s recruitment remains on plan, and our first 13-week mining schedule has been developed and is ready to be implemented.”

Red 5 has received US$19 million from the recent US$55m sale of its former Siana gold mine in the Philippines and had about A$50 million of cash and bullion at the end of December.