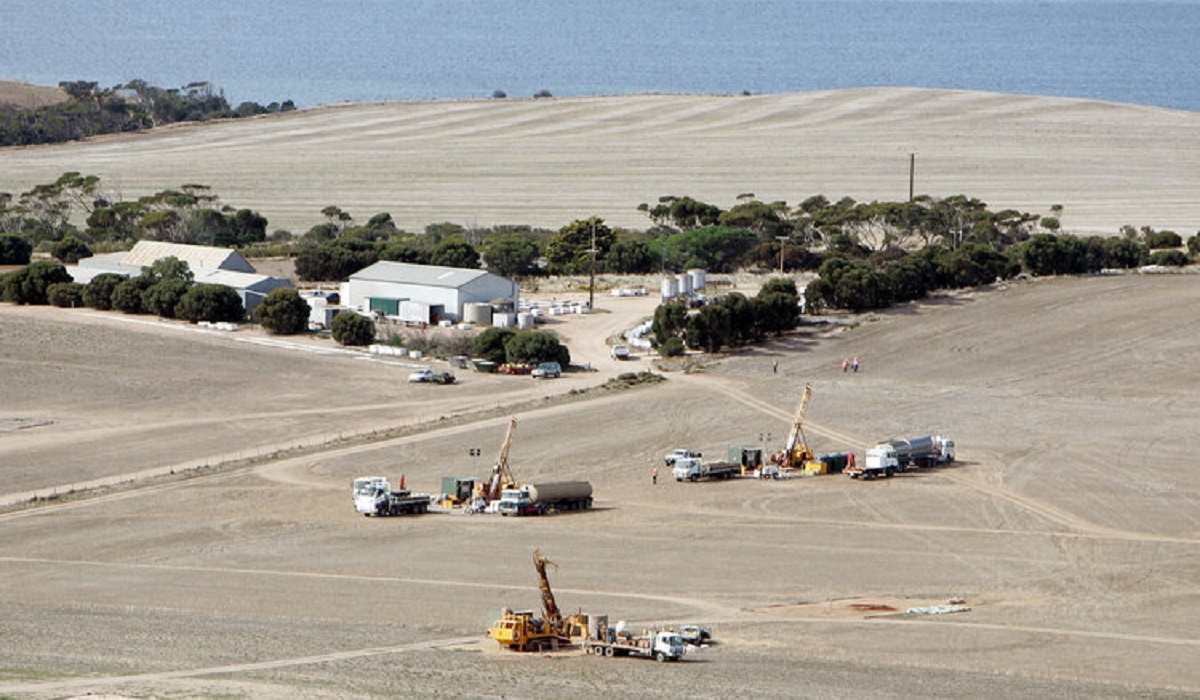 Thiess has been added to the list of major suppliers engaged to deliver Rex Minerals’ proposed US$410 million Hillside copper-gold project, 150km west of Adelaide on South Australia’s Yorke Peninsula. Rex is due to make a final investment decision (FID) on the project by the end of this year.

The company is aiming to refine its mining plan before then with Thiess after this week entering into a “strategic alliance” with the world’s biggest surface mining contractor ahead of formalising a contract.

Rex’s July 2020 project cost update put a A$585m pre-production capital expenditure number on a proposed stage-one openpit mine, six million tonnes per annum plant and infrastructure, including $158m for the mining fleet and $62m for a large (circa-54 million tonne) pre-strip.

It also put a $198m price tag on the process plant and infrastructure, and allowed $28m for EPCM design and construction services, for which Rex contracted Ausenco earlier this year.

The developer is allowing for a 20-month construction period, including the 12-month pre-strip, post FID.

Rex said it looked at the use of contractors for stage-one start-up and operations, versus an owner/operator model.

“It has become evident that the mining contractor model presents many benefits, including opportunities to alleviate the tight schedule of long lead capital items such as excavators and haul trucks,” it said.

“It also provides the option to leverage off an experienced workforce with developed operational procedures. This is particularly important given the tight market for equipment and personnel that has been impacted by the COVID-19 pandemic.”

For its part, Thiess is seeking to reduce its long-term reliance on coal, including thermal coal, for the bulk of its revenues and earnings. It announced a A$350 million takeover offer for Western Australia-focused gold and copper contractor MACA late last month.

Rex describes Hillside as one of the largest undeveloped copper projects in Australia, with about two million tonnes of copper and 1.4Moz of gold outlined in its mineral resource. Its stage-one feasibility study envisages an openpit with a peak material movement rate of about 65Mtpa feeding a 6Mtpa plant with 0.66% copper and 0.17g/t gold (head grade) ore to produce an average 35,000pa copper and 24,000ozpa gold at AISC of US$1.60/lb over a 13-year mine life.

Thiess said mining services would start in July 2023, subject to finalisation of contracts.

EPCM contractor Ausenco came on board in March this year.

Rex said Ausenco had delivered processing facilities and infrastructure for circa-US$7 billion of copper projects over the past decade. The Australian-based company also successfully delivered the Carrapateena copper project in South Australia in 2020.

Rex had cash of about A$44m in the bank at the end of June.

The company’s share price is up more than 17% in the past month, capitalising it at about A$95m.