Roy Hill frames different view of ‘mine of the future’ 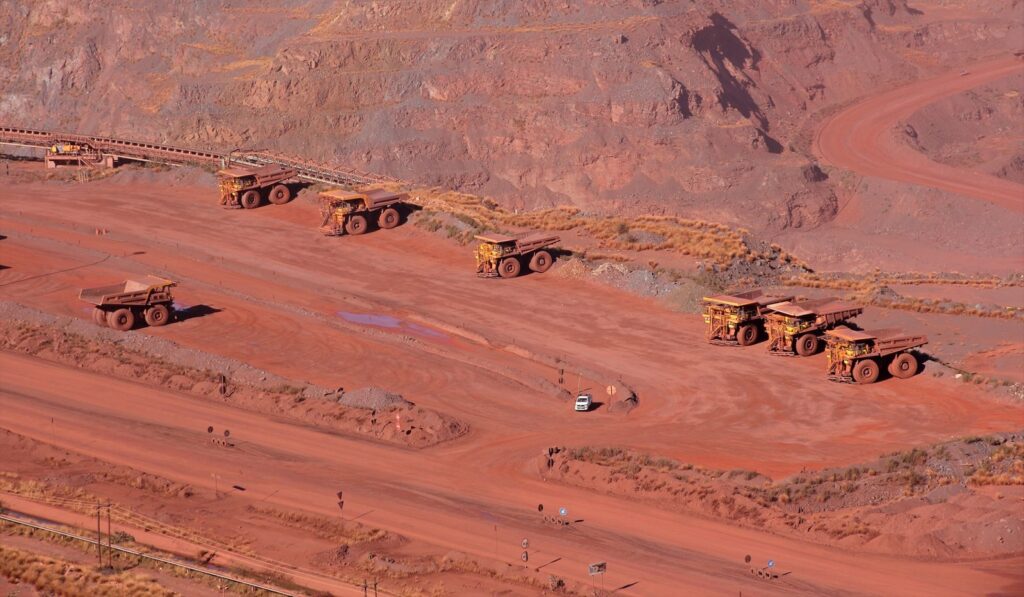 Pipeline, Viewpoint
Top image :
Roy Hill getting all its trucks in a row before embarking on large-scale autonomy roll-out.
Massive iron ore mine takes mobile asset management in a new direction

Interoperable mine automation and digitalisation moves from a “production verification” phase to full deployment on a massive scale in a few months at Roy Hill in Western Australia in what shapes as a vital project not only for the owners of the A$10 billion iron ore mine but the industry as a whole, according to project director, Diederik Lugtigheid.

“[Roy Hill has] done quite a lot of work over the past couple of years … to have a voice to drive the interoperability message. We think it’s really important for the industry,” Lugtigheid said at the 2021 Robotics & Automation in Mining conference in Perth.

Owned 70% by Australia’s Hancock Prospecting and 30% by Japanese, South Korean and Chinese partners, Roy Hill signed up equipment manufacturer Epiroc of Sweden early in 2020 to help fully automate its mobile mining fleet by 2022.

Despite COVID restrictions the project involving about 100 team members in the US, Australia, Sweden and South Africa was moving “at a velocity that I’ve never seen in my career”, said Lugtigheid, who spent five years in South America overseeing Komatsu’s AHS (autonomous haulage system) program before returning to WA to join Roy Hill. He previously led Rio Tinto’s deployment of a Komatsu AHS fleet at its Pilbara iron ore operations and then oversaw the introduction of a Caterpillar AHS at Fortescue Metals Group’s Solomon iron ore mine.

Epiroc, which supplies underground mining equipment and surface drills, owns 34% of US robotics firm ASI, which is providing Roy Hill’s vehicle automation technology and fleet management system. ASI’s principals have considerable experience in defence, civil and agricultural robotic systems deployment in the US.

Faster expansion of the fledgling ASI Mining globally will hinge on the outcome of the Roy Hill “mission”, which is to not only have a connected fleet of about 80 large mine trucks and a dozen production drills but also most other ancillary and utility vehicles in a 25km-long line of openpit workings.

“We chose them because of the automation experience they bring but also because they are not an OEM that makes haul trucks,” said Lugtigheid. “The platform that they use is really open; we can fit it to any brand of vehicle. It’s a key reason we went with them.

“It was really important to us that we were not restricted to a specific OEM. I think everybody knows that some of the suppliers of AHS systems to a certain degree tie you into buying that brand of machine and we certainly didn’t want that at Roy Hill.

“Ensuring that we have systems going forward into the future that can talk to each other without major challenges, as we have seen in the past, is important. We believe we as mining companies really need to drive that message.

“Many of you may have sat in excavators with five different screens that can’t talk to each other and systems that are very closed and use different architecture, and we really want to drive the message that going forward, we want to do something quite different.

“I believe that opens up the opportunity, in future, to use smaller companies as part of our technology architecture and platform.

“It’s important to acknowledge their [ASI] solution was not at the same level of maturity as the Komatsu and Caterpillar solutions. So the way we’ve gone about the project is to go through a development phase which we’re pretty well finalising in the next couple of months and then we go into the complete deployment over the full site.”

Lugtigheid said while the plan to fully automate one of the world’s largest iron ore mines and a business with a 60 million-tonnes-per-annum mining operation, processing plant, rail line and port hub carried risks, significant productivity and safety dividends were demonstrable and benefits of an open, “agnostic” digital platform were expected to magnify gains from data and better use of human resources.

“But … we really think and believe this is a unique opportunity not just for the business but for our people.

“As one production line for us to be successful as a business, reliability of our assets is absolutely instrumental. The interoperability and automation piece is instrumental for us to make sure that we do that.

“An autonomous haul truck is completely repeatable; it’s programmable. If I improve a certain area in my mine and reduce cycle times by five seconds that gets multiplied by 80 haul trucks and the complete fleet. So it’s a very powerful tool to optimise the haulage component of mining.

“Technology is going to change massively the way we do business and the people we bring on board.

“No matter what you purchase, whether it’s an OEM standard solution or not, or whatever you are automating, whether it’s drills, or trucks, or whatever, the difference between being successful or not really is not necessarily down to the technology itself, it’s more about how you implement it and hardwire it into your business, and whether you bring your people along on that journey.

“If you think about all the AHS implementation projects that have happened across the world, these things are usually successful or not successful based on how well you prepare for them as a business. You don’t really want to be running a mine with autonomous trucks you want to be running an autonomous mine and they’re two quite different things.”